Sawant is looking for $200 to $500 million from large corporations to help pay for affordable housing programs in the city. 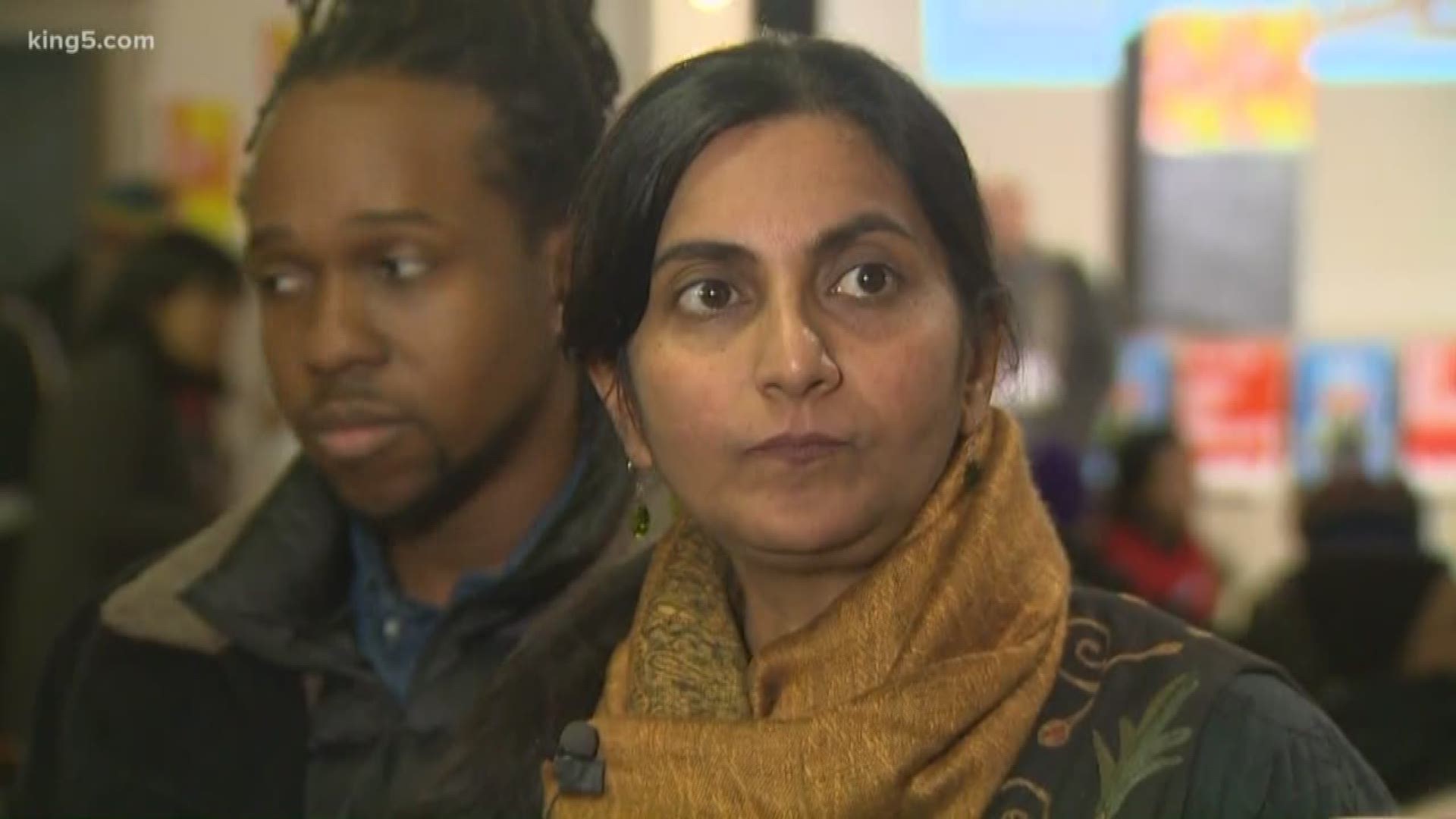 SEATTLE — Seattle City Councilmember Kshama Sawant was not only sworn in for another term on Monday, but also launched a "Tax Amazon" movement.

Formally rolling out her plan, Sawant is looking for anywhere from $200 to $500 million a year from Amazon and other large corporations. That tax would go to affordable housing initiatives to combat the homelessness crisis, Sawant said.

“Ultimately, how much we demand needs to be a decision made democratically by the grassroots activists and organizations fighting for the Tax Amazon movement, as we gather and discuss the various choices in the coming weeks,” Sawant said on the website for the initiative.

In a flyer released on Monday, Sawant stated that it is “not a tax on jobs. It’s a tax on big corporations.”

In 2018, the Seattle City Council approved a controversial head tax measure on the city’s largest companies. A head tax would charge businesses for $275 a year for each full-time employee. The initial head tax was proposed to help the city’s homeless residents, but it was then scrapped after a month of dispute.

"Not only am I willing to go down two different paths, I think it's imperative that the movement has both my city council office, which is unambiguously accountable to it in bringing the legislation forward, but at the same time, have a ballot initiative that we can bring forward in November if city hall doesn't come through for us," Sawant said.

In the 2019 election, Amazon poured $1.45 million into the Seattle City Council race hoping to tip the scales, particularly against Sawant.

Sawant said she could bring the tax proposal to a public vote.

She is the longest-serving council member and was re-elected for a third term in November.