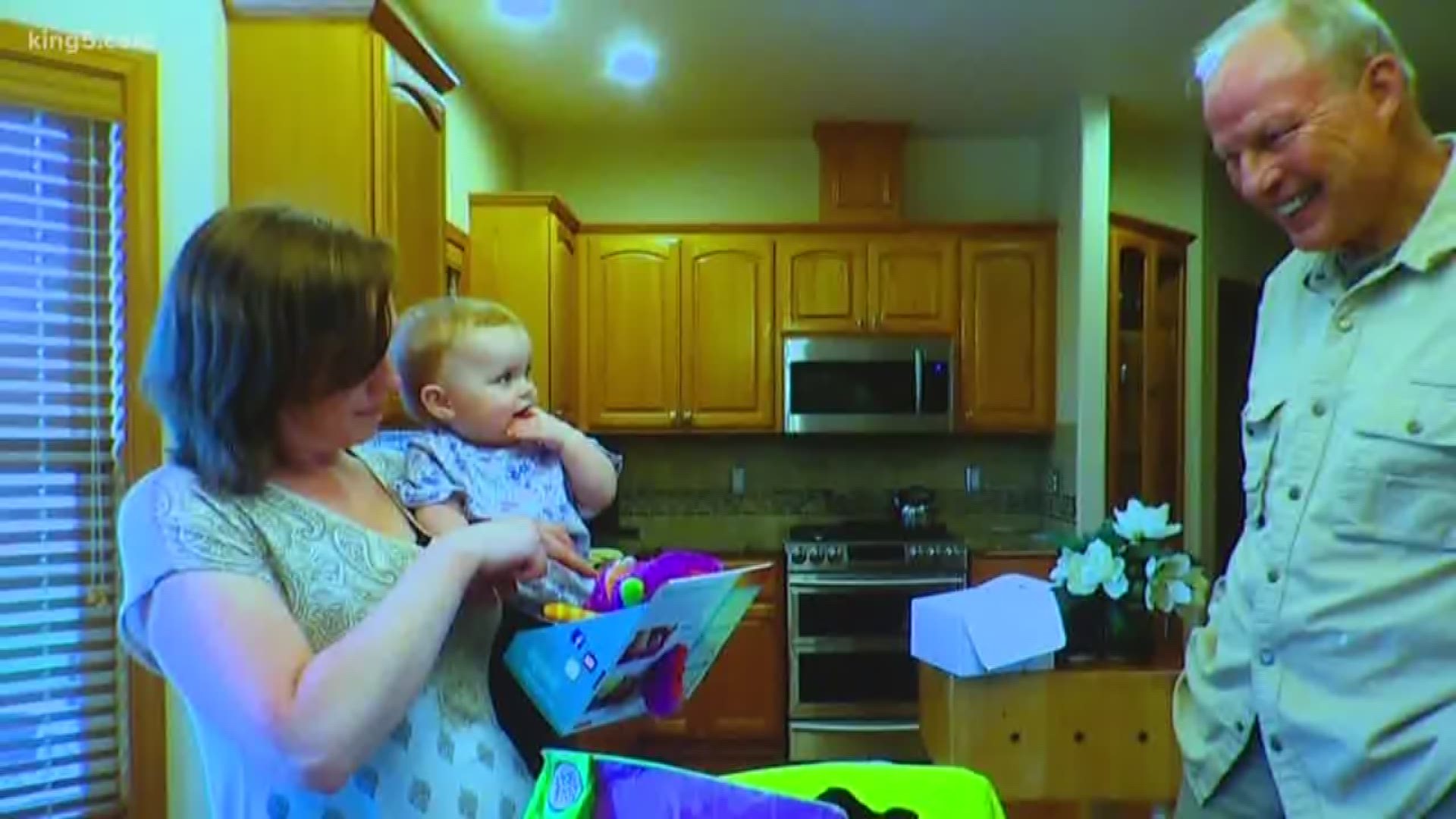 BELLINGHAM, Wash. — Lindsay Knapp Lyles made her way to a podium at Christ the King Church with her daughter in her arms.

She took a deep breath as she tried to tell the hundreds gathered, as well as the little girl who will never know her grandfather, the essence of Michael Knapp, 79.

"It is difficult at best to stand before you and attempt to honor my father in words because words all too often fall short of being able to describe someone as loved, respected and admired as my dad," Knapp-Lyles said.

Knapp, the interim Lynden Police Chief, was hit by a car while crossing Fourth Street in Lynden on Nov. 5. He died a day later from his injuries.

Knapp was a career public servant.

An Army veteran, Knapp spent 26 years with the FBI followed by a stint as the Chief of Police in Medina before assuming the role in Ferndale.

Earlier this year, he took the job of interim-chief in neighboring Lynden.

Knapp was a big man with a big heart-- and a handshake to match.

"He was a little imposing," said family friend Rev. John McLean. "How many people ever shook his hand? It could be painful, am I right?"

Those handshakes were always followed by a question.

"How are you doing?"

Fighting back tears, he encouraged the hundreds gathered at Christ the King Church to, "go out and shake somebody's hand, and really mean it, and ask how they are."

While in Ferndale, Knapp worked to improve school security and made the district a model in the state of Washington.

"At a time, too much of the world seems focused on divisiveness and tearing things apart, he was a builder of partnerships and collaboration," Deebach said.

Reading from a message sent to the family by a friend, Knapp's daughter said she's finding comfort in knowing her father made such an impact on so many people.

"People as kind and excellent as your family are the backbone of heaven and Earth. Sometimes that strength and kindness must be swiftly promoted to heaven in order for it to enrich those beyond us," she said.

On Wednesday morning, a procession traveled from Ferndale to Bellingham, before a memorial service was held.

Knapp is survived by his wife, daughter, son-in-law, and two grandchildren.

A memorial fund was established at People’s Bank. Donations can be made to the “Chief Michael Knapp Memorial Fund” at any People’s Bank location or the Lynden Police Department.