An Amazon CEO, the Sounders Owner and the sons of the former Seattle Sonics owner have all joined the effort to bring an NHL team to Seattle. 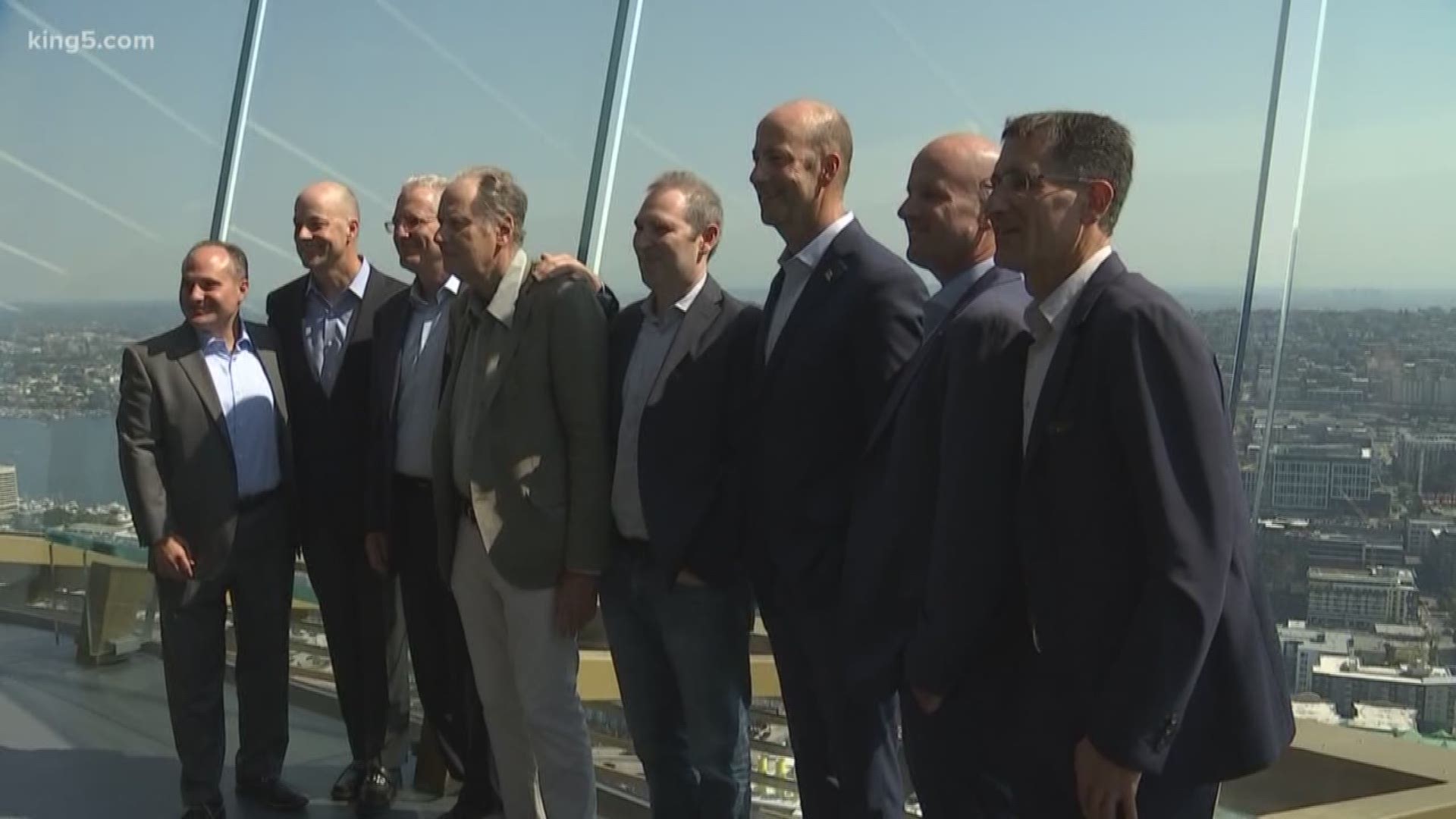 An Amazon CEO, the Sounders Owner and the sons of the former Seattle Sonics owner have all joined the effort to bring an NHL team to Seattle.

On Wednesday, the NHL Seattle investment group announced multiple local investors to join their effort to bring professional hockey to a new Arena at Seattle Center.

They include Andy Jassy, the CEO of Amazon Web Services, Adrian Hanauer, the majority owner of the MLS Sounders FC, and Christopher and Ted Ackerley, the co-founders and partners of Ackerley Partners and the two sons of former SuperSonics owner Barry Ackerley. Seattle Hockey Partners CEO Tod Leiweke called it "an epic day" for the future of an NHL team, and a new Arena, in a splashy Space Needle announcement overlooking the potential building site. 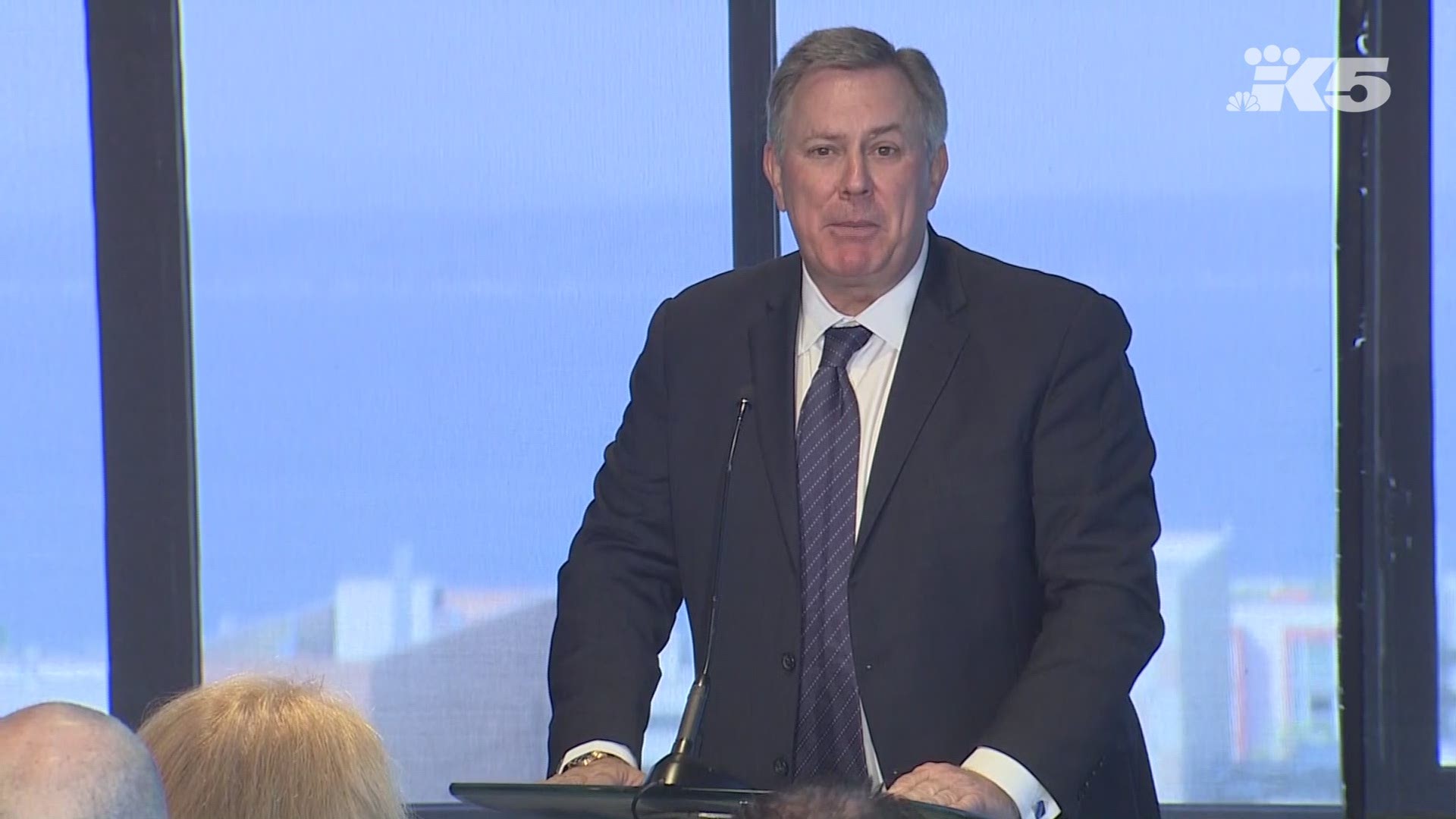 $700 million The announcement comes as the City of Seattle is close to finalizing transaction documents for the new privately financed arena at Seattle Center, as the future tenant appears to be ready to strengthen their bid to bring an NHL team to the city.

Lead investor David Bonderman told KING 5 after the announcement that he feels good about the group now assembled.

"I think we're in pretty good shape, but we still have to go through the process," said Bonderman.

Bonderman added that his group is close to also finalizing plans for a practice facility and team headquarters.

"We're quite far along with potential placement for that," he told KING5, adding the vision is to have "enough ice to build youth hockey." 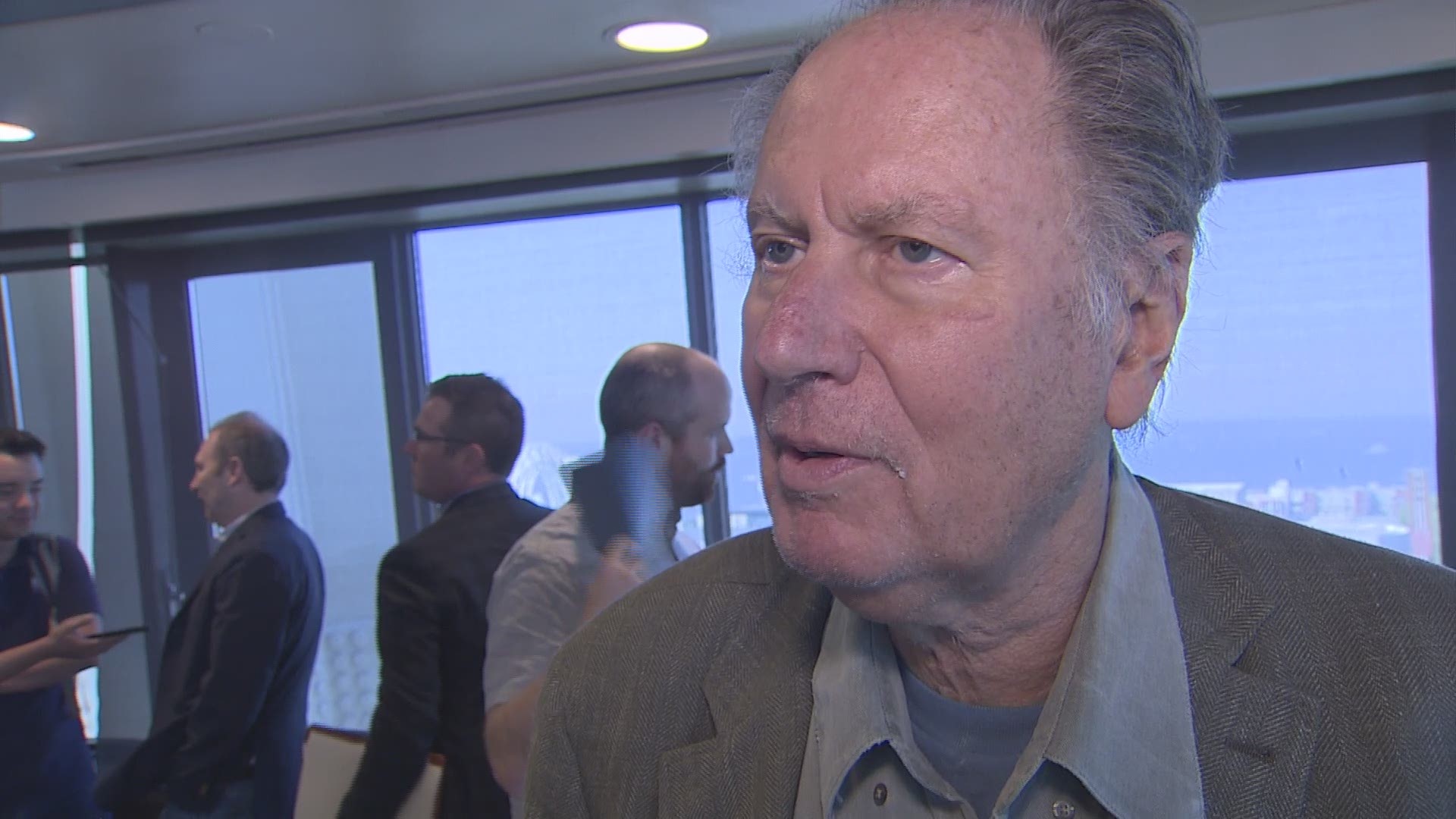 Why did the other investors get involved? For Christopher Ackerley, it's a chance to go full circle. His dad once kicked the tires on owning an NHL team and was a key figure in the creation of KeyArena.

"We are really, really into hockey, we are, we looked into hockey several years ago," Ackerley told KING5.

He also acknowledged a sense of community was a driving force in his personal interest.

"I think the private side of this arrangement means good things for the city of Seattle," said Ackerley. "I think this is the big leg on the stool that we've been waiting for a long time to the Seattle Center really evolved into all the things the City wants it to be."

Ackerley also believes the "opportunities will be there" for an NBA return, once the Arena is opened. 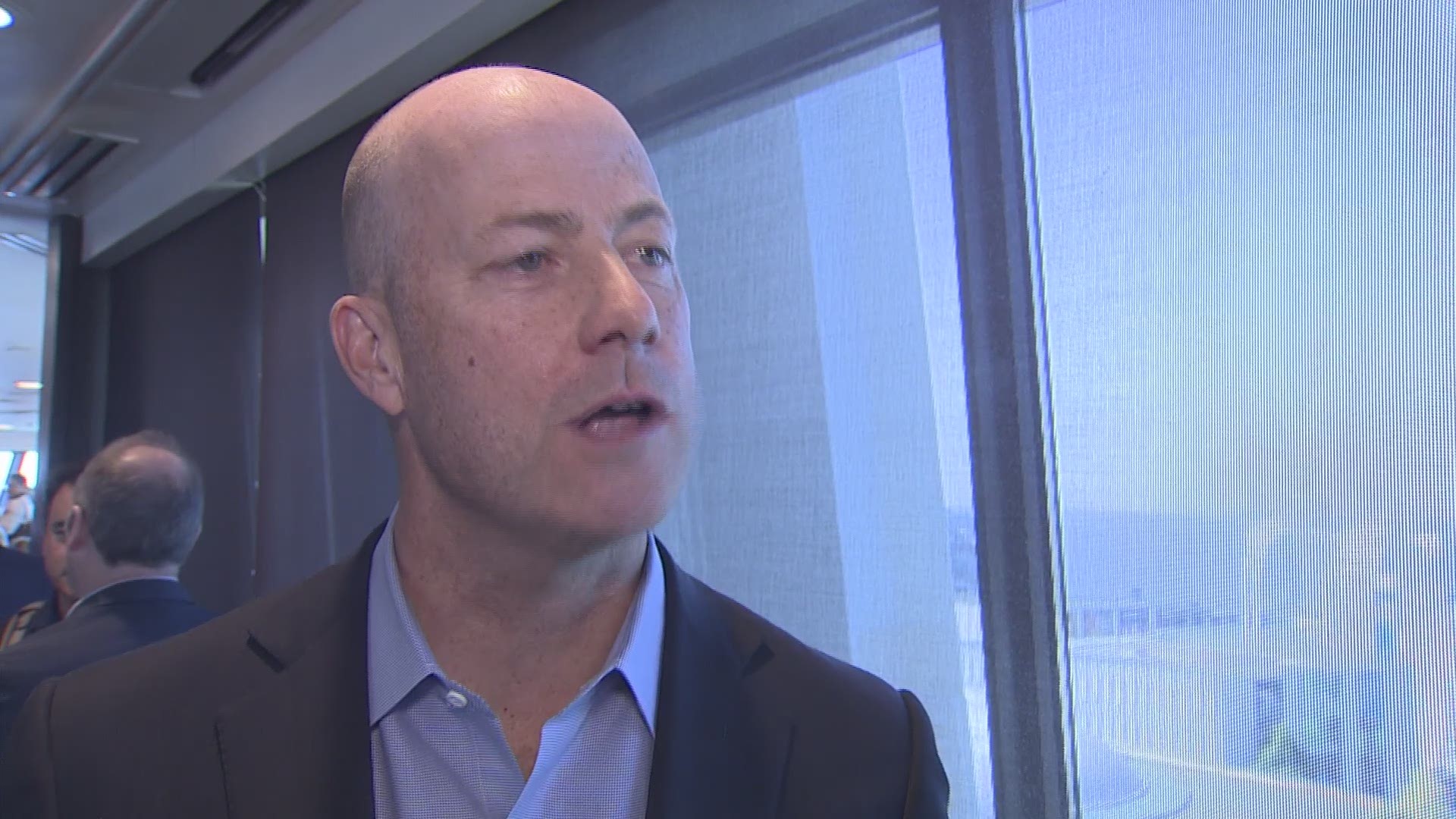 Hanauer, the majority owner of the MLS Sounders, cited his personal relationship with Leiweke, from his days with the Sounders, as a reason for his involvement and his love affair with the Center. Hanauer talked fondly of taking trips to the Fun Forest and to Sonics games as a kid.

"It's about community, first and foremost," Hanauer told KING5, adding, "I'm a hockey fan, but it's a stretch to say I'm a massive hockey fan."

Yet, Hanauer says, "If you look at teams in our community, it other parts of the country, the ones that have local ties tend to perform better." 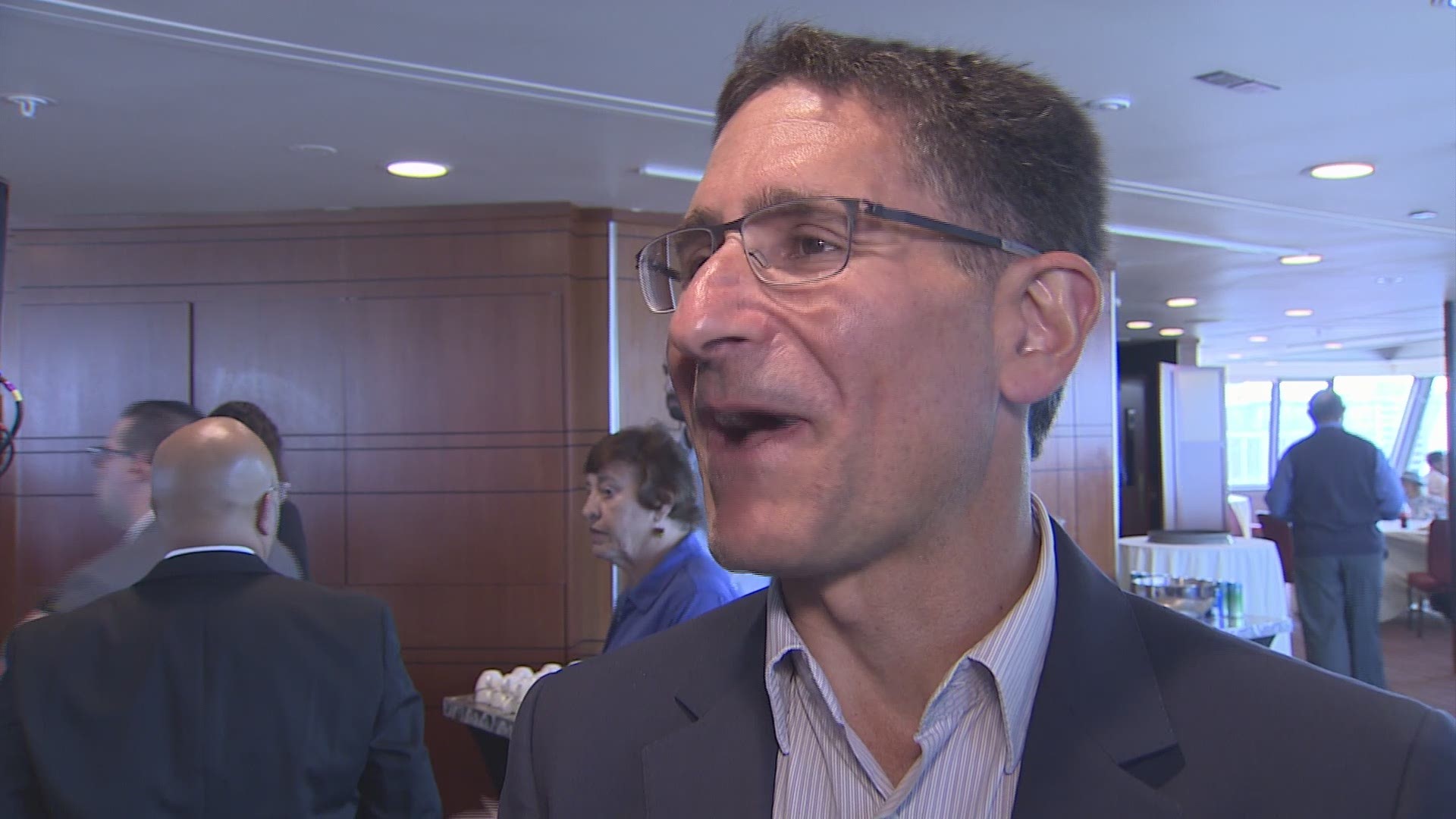 Last week, without much fanfare, the city's Department of Construction and Inspections published a more than 1,000-page document which included an intensive analysis of the impacts to the Seattle Center and proposed changes.

The NHL confirmed the Seattle group plans on making its pitch to bring the league to the city in the first week of October. That's when the league's Executive Committee, and Board of Governors, are slated to hear the presentation.

It's unclear if the league could vote to approve the $650 million expansion franchise bid out of committee on that day, or with a full Board of Governors vote. Durkan is scheduled to make her pitch to the NHL owners personally, along with Bonderman, Leiweke, and film producer Jerry Bruckheimer.

OVG, and the group led by Bonderman have said they can deliver a new arena and team to Seattle by the fall of 2020, making the window extremely tight. 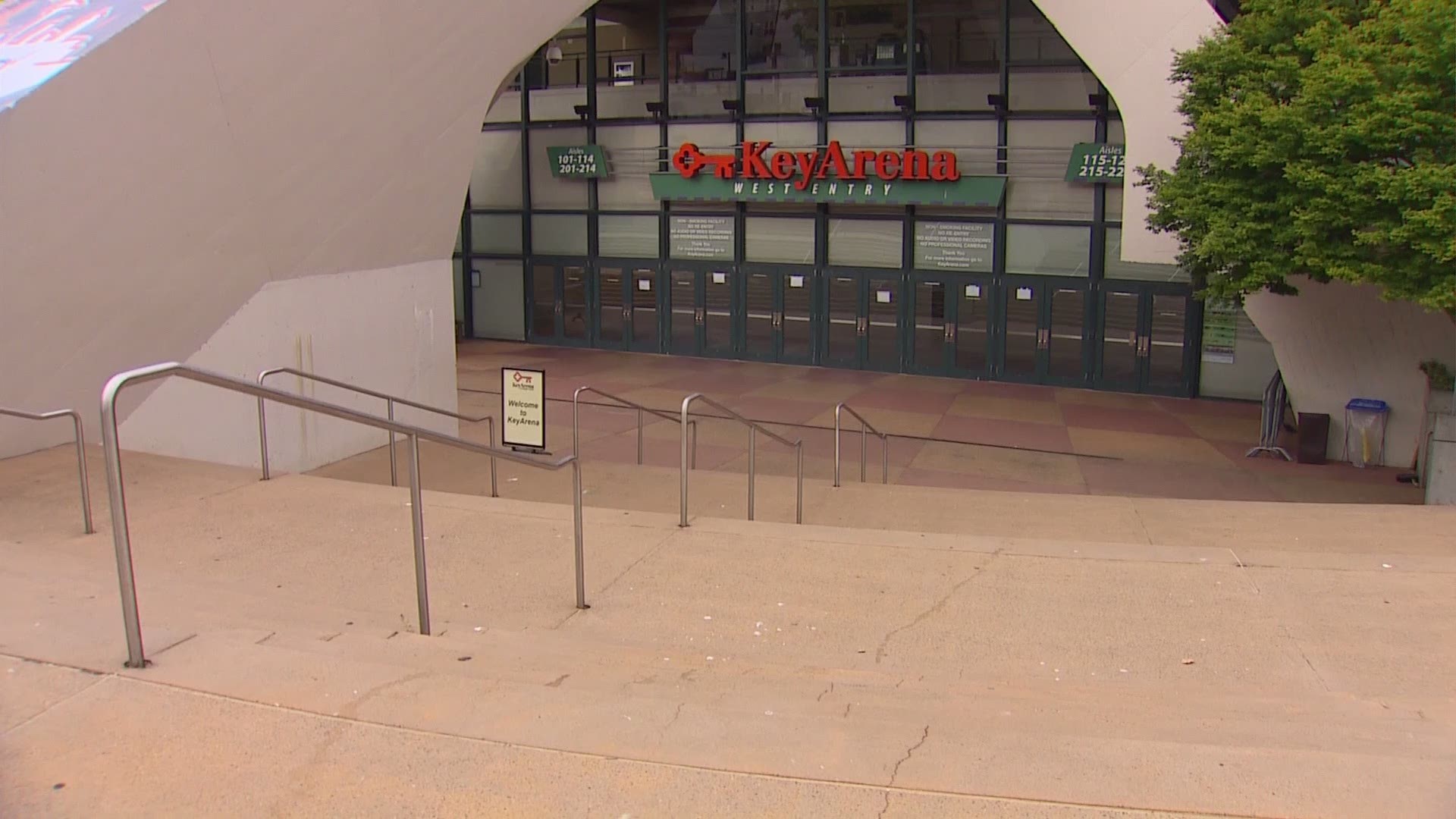 "The thing with team name is 80 percent of the people won't like it, whatever it is, because it's split in so many different ways. We're gonna wait until the last possible moment and come to some consensus in the ownership group," said Bonderman.

The NHL team name will have to wait until well after that.

The city already announced the last scheduled event at KeyArena, barring any surprises, will be on Oct. 5 when the NBA's Golden State Warriors and Sacramento Kings face off at the place the Sonics once called home.