Hundreds of students in Puyallup were forced to find another way to school Monday morning with several bus runs temporarily suspended due to a bus driver shortage. 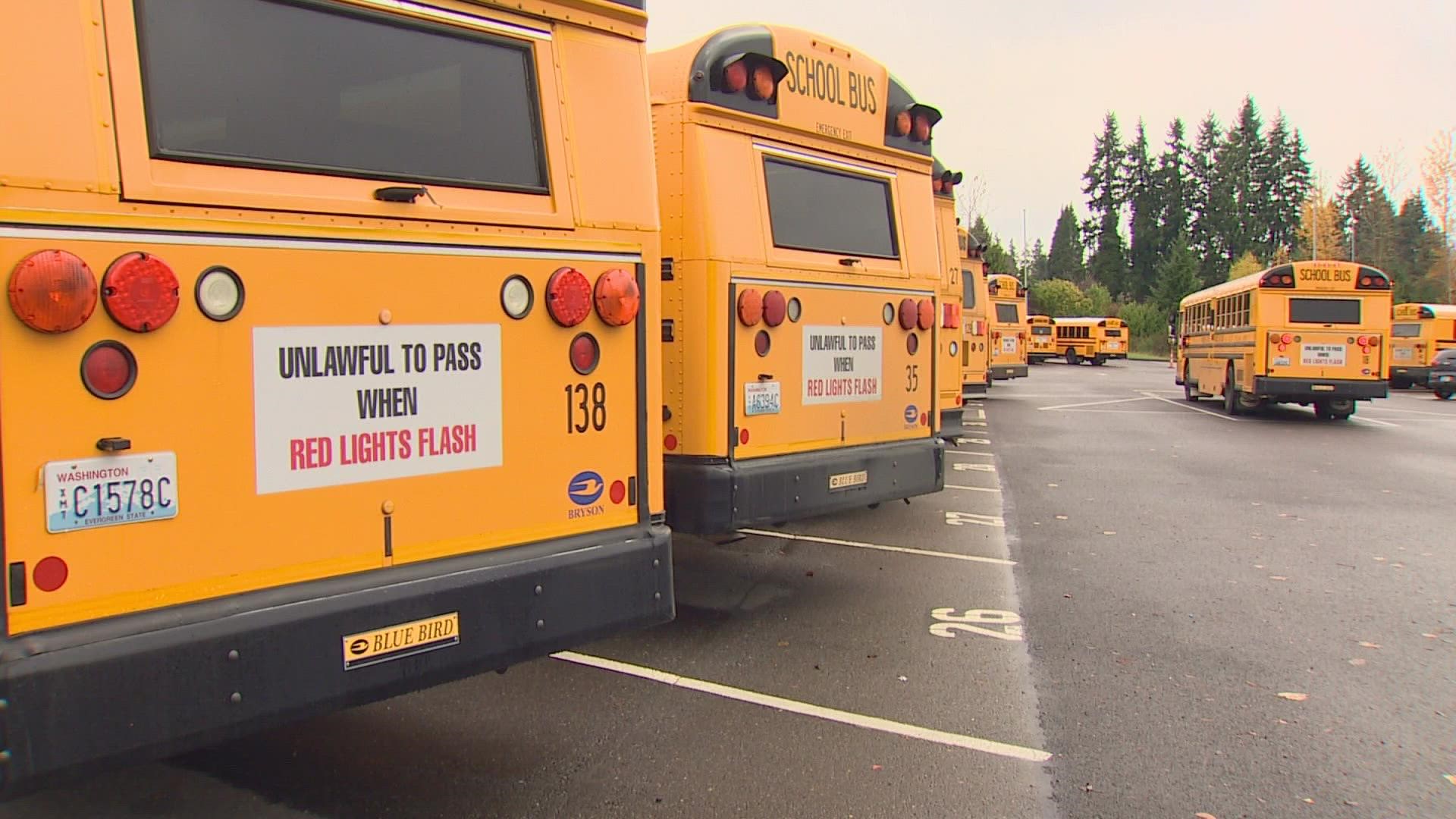 PUYALLUP, Wash. — Hundreds of students in Puyallup were forced to find another way to school Monday morning with several bus runs temporarily suspended due to a bus driver shortage.

Puyallup School District staff initially announced they would suspend 10% of bus runs. However, on Monday nearly half of the routes that the district had originally expected to be suspended were reinstated.

About 672 students out of the district's nearly 23,000 students were without bus service on Monday morning.

"Suspending bus routes is an incredible disruption and has very real consequences and we will continue to work around the clock to find solutions," said Sarah Gillispie, a spokesperson for the Puyallup School District.

Right now seven bus drivers are undergoing a four- to six-week training process that will mean seven more bus runs once it's finished.

However, the district is still hoping to recruit more drivers for the sake of families and current driving staff.

"Our current drivers are champions right now," Gillispie said. "They are doing everything in their power to consolidate runs, pick up extra runs, so that every single student that we serve, nearly 23,000, has a way to get to and from school."

The school district said parents should prepare themselves for the possibility of this happening again, even though staff will do everything they can to get notice out so parents can prepare.

"To those impacted families, our work will not stop," said Gillispie. "We remain optimistic that we will be able to hire enough drivers to support and serve our students."