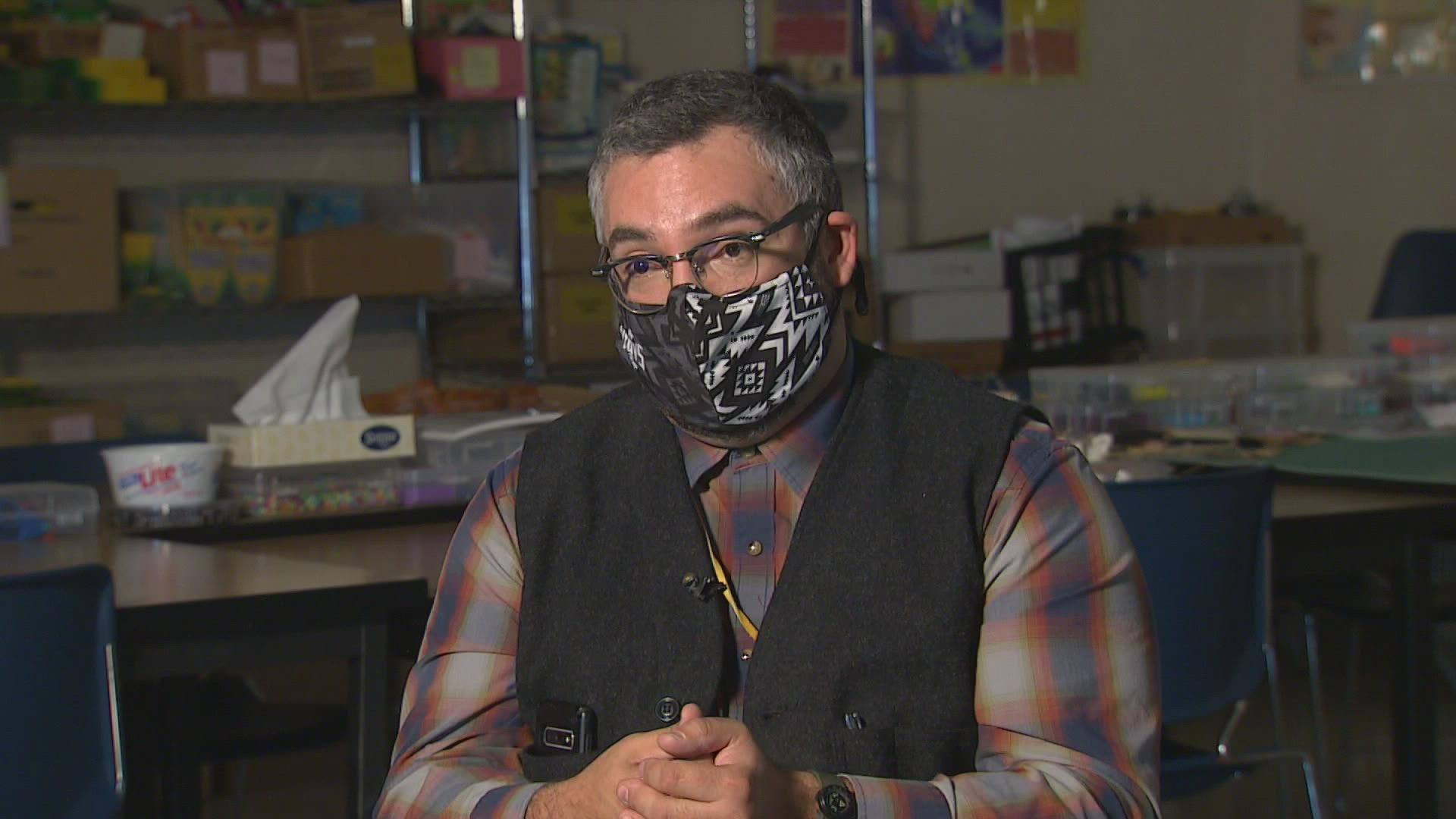 OLYMPIA, Wash. — Jared Koepp, Washington state’s 2021 Teacher of the Year, doesn’t work out of one classroom, or even on one campus.

”Because we have unique experiences, we need unique educators that take on these unique teaching assignments to provide the unique support and education our Native students need,” said Koepp, a member of the Wukchumni Tribe.

Koepp created a Native Studies course as an option for students looking for an alternate U.S. history class.

He ensured the flag of the Nisqually Tribe, the original stewards of the district’s land, flies above every campus.

Koepp expanded the Native American curriculum in the district’s Pacific Northwest history courses and he helped establish a policy to allow students affiliated with tribes to wear traditional clothing at graduation ceremonies.

”For a good 150 years, public education was something that was done to Native people and not for them, with the explicit intent to destroy our cultures, break our family and community ties, and that legacy has consequences to this day," Koepp said.

He meets one-on-one and in small groups with Native American students discussing their problems or celebrating tribal history and traditions.

Tenth grader Kaeden Daniels, a member of the Puyallup Tribe, weaved a cedar bracelet with fellow Native American students during a group meeting at the district’s Envision Career Academy in October.

”The old idea that you can’t be what you can’t see,” said Koepp, “We’re more likely to trust and build trust with people with similar experiences that understand who I am and what I’ve gone through.”

In a study published in the American Journal of Public Health, the suicide rate among young Native Americans is as much as 17 times higher than the national average.

”It’s been a long, very inspiring journey of the work that can be done within Native education, and a growing realization that what supports Native students and supports Native community can benefit any community,” said Koepp.