Mia Red Crow was part of the committee to find a new mascot for Bethel High School. 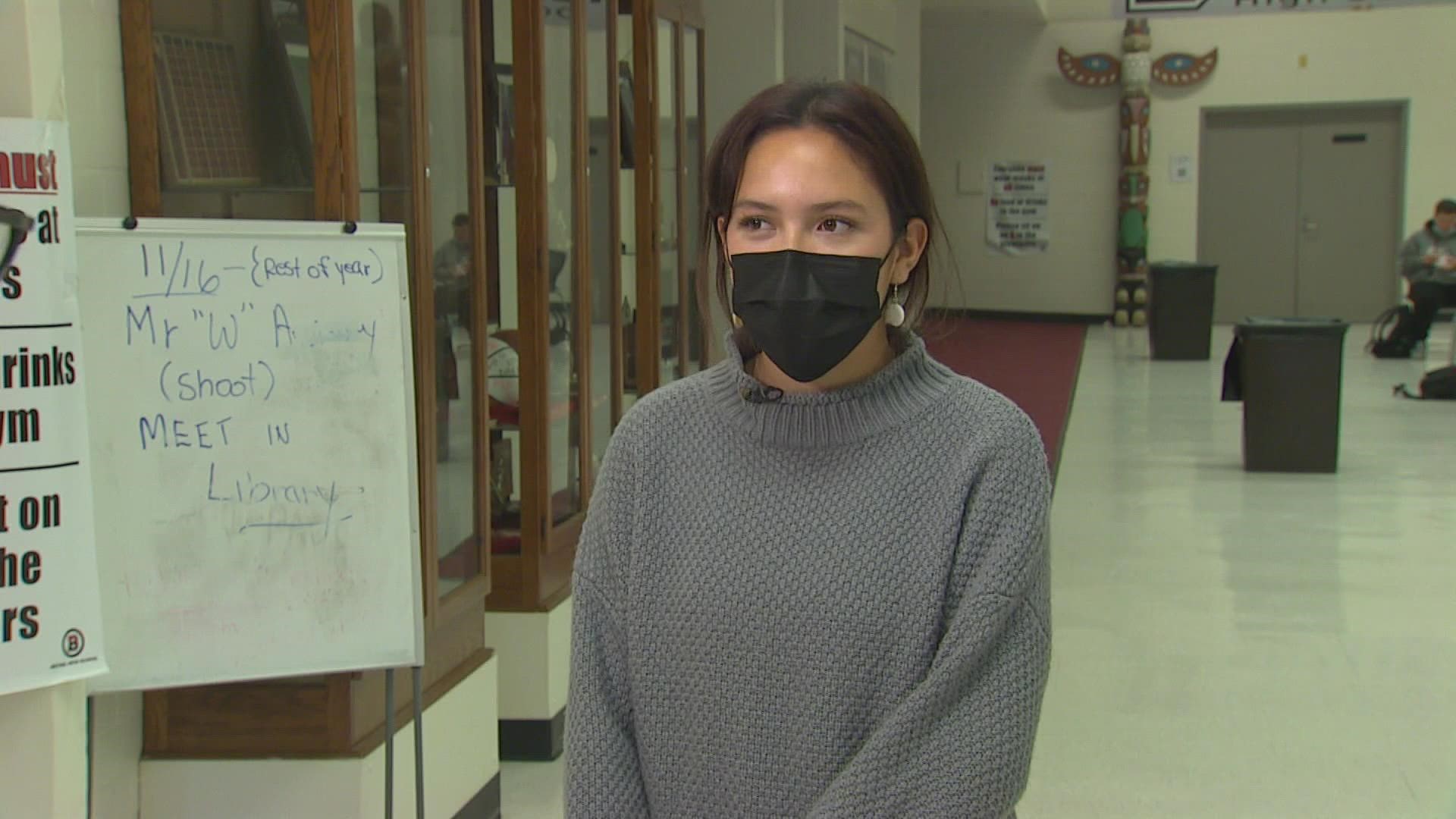 SPANAWAY, Wash. — When Mia Red Crow transferred to the Bethel School District as a freshman, she was shocked to learn her school's mascot.

Bethel High School's mascot has been “The Braves” since the 1950s.

"People don't understand the mascots, they perpetuate negative stereotypes,” said Red Crow, a member of the Spokane Tribe of Indians.

Red Crow, now a senior, said she has been so bothered by the school mascot, she didn’t like going to basketball or football games.

“I don’t want to be around that,” said Red Crow.

Next year, she won’t have to.

Red Crow was one of five students on the committee to find a new mascot for the school. They decided on Bison, a decision approved by the Bethel School Board.

“It’s pretty big. I’m still wrapping my head around it, like, we did this,” said Red Crow.

Under a law signed into effect earlier this year, schools with Native American-themed mascots must find new mascots by the end of 2021.

Districts must fully implement those mascots by the end of the 2021-22 school year. No sports uniforms with the old mascots can be ordered in 2022.

The only exemption: school districts adjacent to Native American tribes, who have written permission from tribes to continue using the mascots.

In Bethel’s case, its neighboring tribes, Nisqually and Puyallup, both requested the Braves mascot be replaced, according to a district spokesperson.