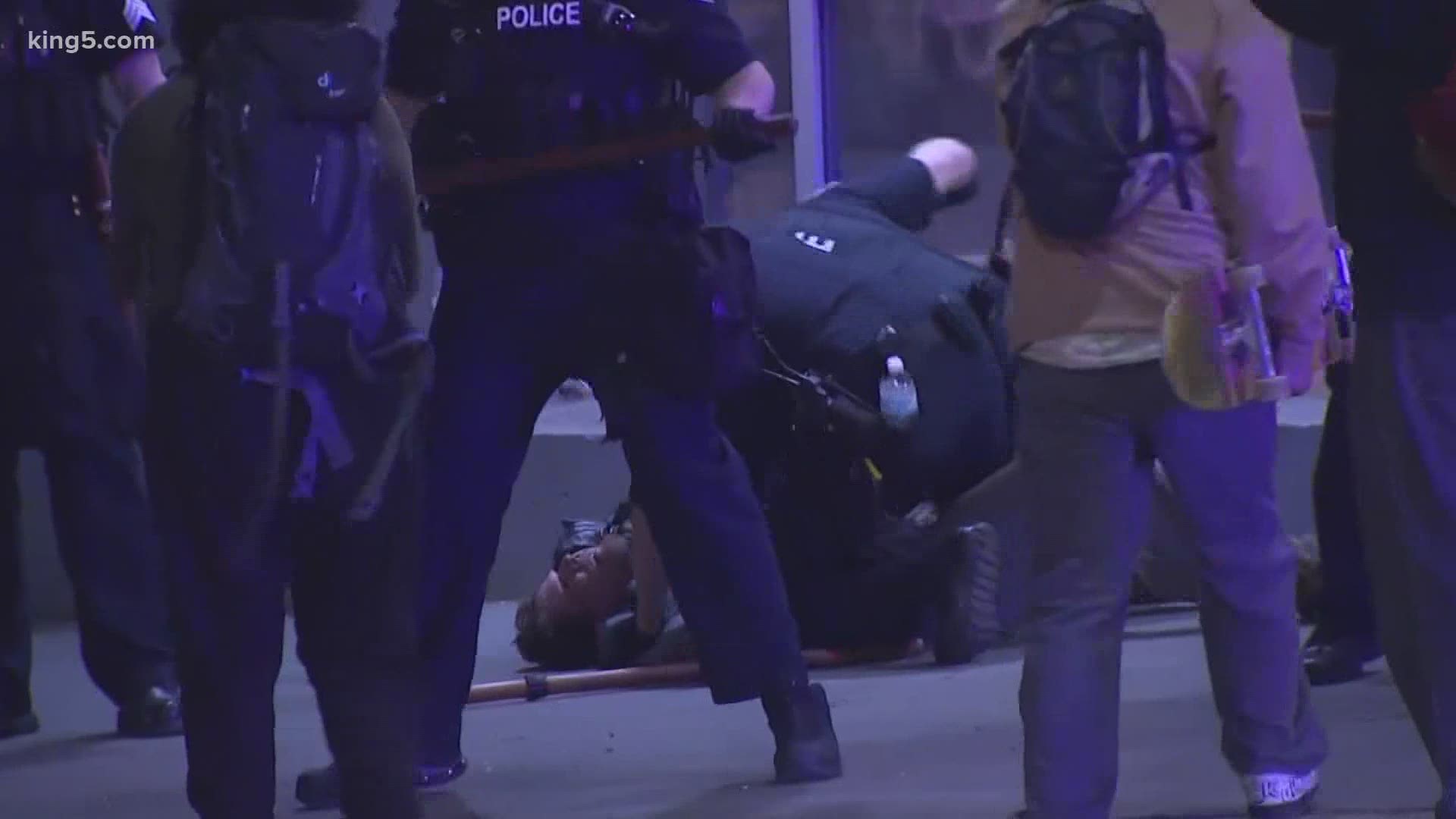 The first of the cases occurred on May 29, when officers prevented demonstrators from walking down a street. One person refused to comply.

As the officers attempted to take the person into custody, he physically resisted, according to OPA. He hit the officers with a water bottle and the officers used force to prevent him from continuing to do so.

OPA says force used by one officer was appropriate under the circumstances. However, the other officer punched the protestor six to eight times – that officer also "failed to modulate his force as the threat subsided."

KING 5 caught the interaction on video. The video shows a man trying to penetrate the police line. He’s pushed back by an officer and disappears out of the camera frame. When he is seen again seconds later he is fighting with a police officer.

That officer takes him to the ground. He’s joined by a police sergeant who pulls the man’s hair and tries to grab his arms.

As the officers struggle for his arms to handcuff the man, the man swings a water bottle upward. It’s unclear if he strikes an officer. But that is when one officer strikes several blows to the man’s face, as he lies pinned on his back.

The second instance occurred on June 7, when one demonstrator was arrested while laying on the ground to prevent bicycle officers from leaving a barricaded area. That demonstrator was pushed to the ground, sustaining a head injury, according to OPA.

OPA found force was "not proportional" because of the lack of the resistance from the demonstrator and lack of physical threat.

Findings into three other complaints against officers were not supported by OPA.

Since May 30, OPA has been contacted more than 19,000 times regarding Seattle police conduct at and response to demonstrations. So far, the complaints have resulted in 128 cases.

The Office of Police Accountability is tracking its progress on the complaints on its website.