Video sparks concerns about police use of force during Seattle protest

We took a closer look at a video circulating on social media that shows a police officer punching a Seattle protester in the face. 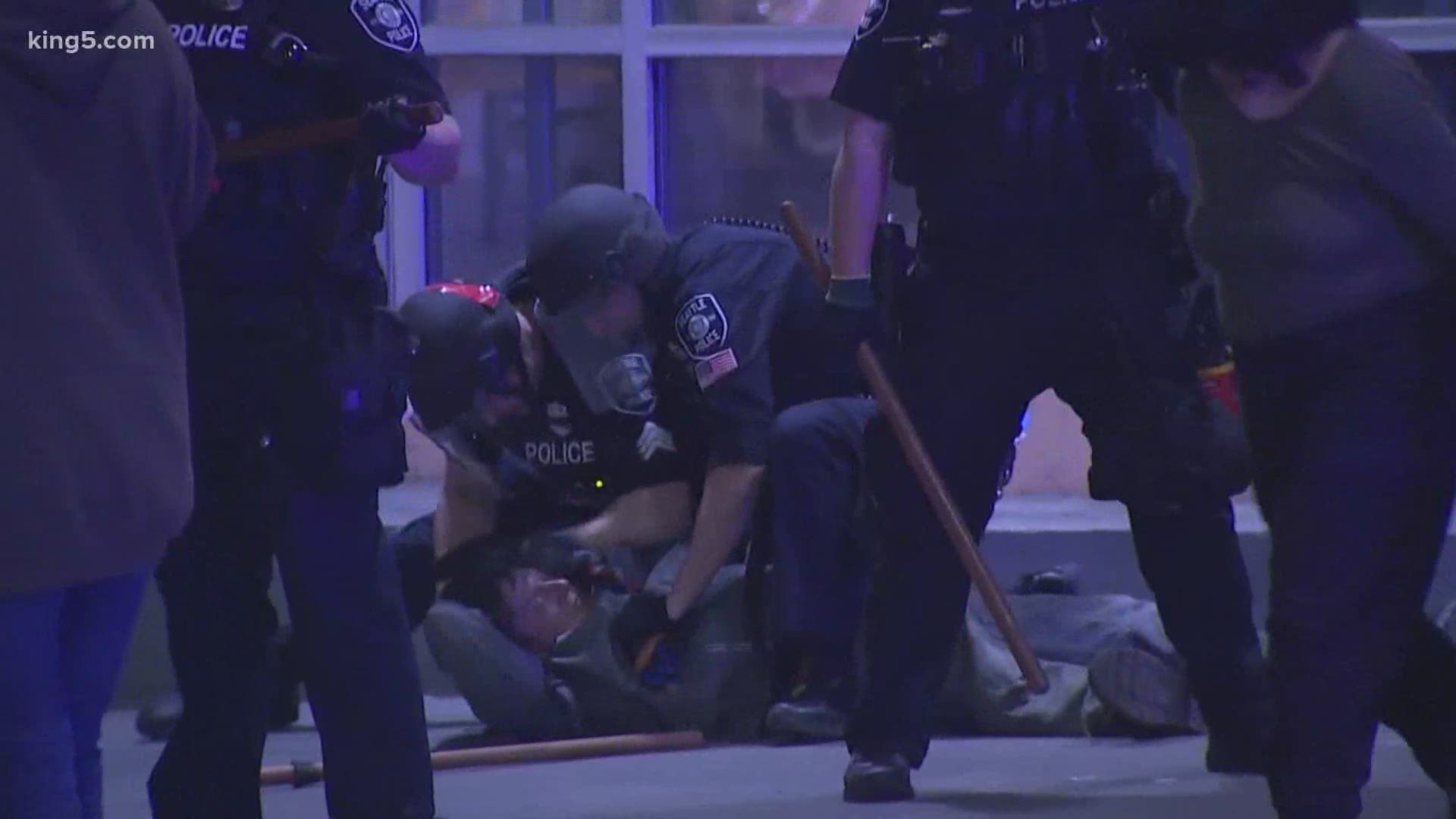 SEATTLE — Videos widely circulated online claim to show clear cut evidence of police brutality during an arrest in Seattle on Friday night, but the posted videos don’t include the full context.

The videos show a man pinned on this back as a police officer punches his face.

But one of the cameras rolling on that scene belonged to KING 5 photographer Mike Perry. His raw footage indicates there is more to the story.

A KING 5 crew followed a large group of protestors, who an hour earlier had broken windows and set small fires in the downtown business core on 5th Ave.

When the crowd headed south on Jackson St., they were met by a line of police officers at 10th Ave. S.

The KING 5 video shows a man trying to penetrate the police line. He’s pushed back by an officer and disappears out of the camera frame. When he is seen again seconds later he is fighting with a police officer.

That officer takes him to the ground. He’s joined by a police sergeant who pulls the man’s hair and tries to grab his arms.

As the officers struggle for his arms to handcuff the man, the man swings a water bottle upward. It’s unclear if he strikes an officer. But that is when one officer strikes several blows to the man’s face, as he lies pinned on his back.

The social media videos only show the man being struck in the face, not the events leading up to it.

Seattle Police Chief Carmen Best said all such incidents of force would be thoroughly reviewed.

As the man struggled with officers Friday night, an angry crowd gathered around. Some of them discussed charging the officers and freeing the man they were struggling with.

That’s when more police officers showed up as reinforcements.

The unidentified man was finally carried away in handcuffs.

Seattle leaders have blamed the violence and destruction on outsiders who flooded into Seattle on Friday and Saturday.