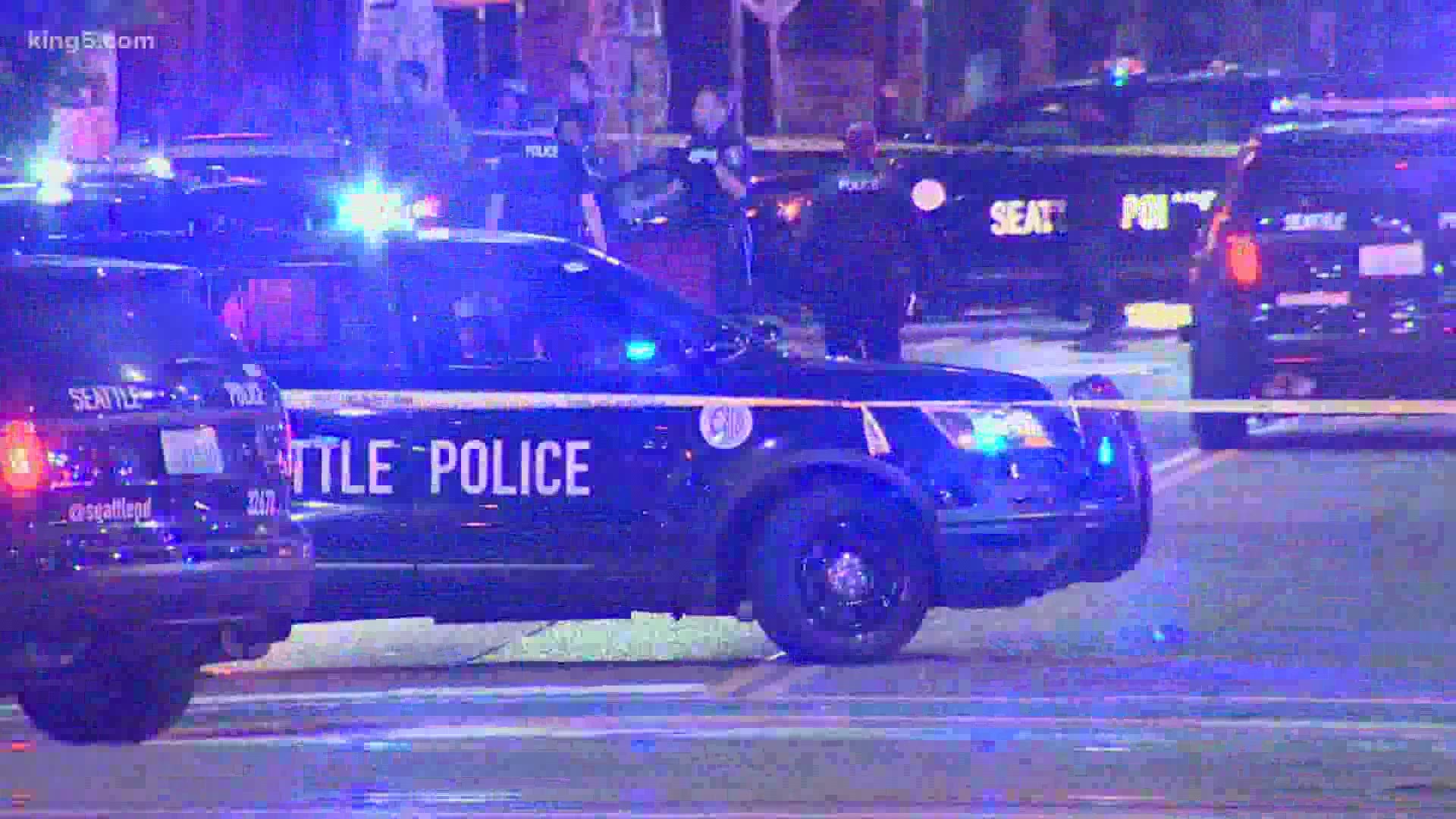 SEATTLE — A record number of Seattle police officers left the department in September, double the highest of any month on record, and a level of attrition that the city’s mayor calls “unprecedented."

That’s the headline of a new Seattle Budget Office report, which has been circulated through many community organizations and is getting released just as the Seattle City’s Council deliberates whether to cut further positions.

On top of that, the report says the city could find itself at police staffing levels on par with the early 1990s, even though the city’s population has grown by 44% since then.

The report says 39 officers or officers in training “separated” from SPD in September, while another 14 officers were on extended leave. Per the report, that means the number of officers decreased from 1,247 to 1,203 in a single month.

The report also suggests 911 call response times have been increasing, before Chief Adrian Diaz reprioritized officers to cut down on the trend.

“We will continue to improve policing and reimagine community safety in Seattle by shifting some responses to community-based alternatives and civilian programs like Health One or community service Officers,” Seattle Mayor Jenny Durkan said in a statement. “But the city also needs a sufficient number of officers who can respond to the most urgent 911 calls in all parts of our city at any time of the day. We are losing an unprecedented number of officers, which makes it even more critical that we recruit and retain officers committed to reform and community policing that reflect the diversity and values of our city.”

The timing of the report should not be lost on anyone. It comes after weeks of protests and calls to “defund” the police, which has led to often contentious ZOOM-style council meetings over policy, including the council’s decision to override a mayoral veto on limited police cuts in 2020. That also led to the elimination of the Navigation Team, which had police resources dedicated to homeless encampment removal and outreach. The council is scheduled to take up Durkan’s 2021 proposals next week, including changes to SPD.

Durkan’s spokesperson Kelsey Nyland added to the debate saying, “If we don’t act now, we’ll soon see undeniable impacts to 911 response times and investigative services. It could also impact the department’s ability to sustain the gains and meet the requirements of the federal Consent Decree. The mayor is deeply concerned by the fact that some of our youngest officers – those who joined the department knowing it was under a federal consent decree – are leaving at an extremely high rate. These are the exact officers we want to keep as we transform the department. They’re the ones who entered the department with an emphasis on de-escalation training and community-based, constitutional policing.”

“These are historically low staffing levels,” she said, adding her data shows people are most concerned with car prowls and a lack of police capacity to respond to 911 calls. “Carmen Best was the best thing that happened to the city.”

She said the council’s attempts to cut funding chased Best away.

Goodman noted that in recent days there has been a fatal hit and run, a shooting, and other assaults in SoDo. Goodman said she’s most concerned about losing the newest officers and people who could change the makeup of the department.

Seattle Fire Fighters Union President Kenny Stuart added by email: “What I can tell you is that (we) depend on police officers every day so that we can respond safely and effectively to fire and medical emergencies in our community. We take great risks to do our job because we care about Seattle and the people that we serve. But we certainly do have concerns that if there is an increase in response times for police officers they won’t be there when we need them. An increase in the response times for police officers could impact the service that we provide as well as impact firefighter safety.”

"The dramatic reduction in SPD officers in service and the increase in 911 response times is alarming. The City Council’s decision to eliminate 100 officer positions last summer will only make things worse if they follow through with the layoffs. Seattle must reimagine policing in a thoughtful and responsible way to ensure justice for all. Anything less will threaten community safety and the important reforms put in place through the federal consent decree," said the DSA's statement.

Mike Solan, president of the Seattle Police Officer's Guild, said he doesn't blame officers for leaving for greener pastures because he said they aren't being supported by city leaders.

"They're fed up, we can't do our job," said Solan. "And you know, what we're hearing as well, if you don't like your job, quit. Well, it's precisely what's happening. And then who does that actually hurt? It hurts the great people of the city that still live here, or their tax dollars are being used by our politicians to make officers flee. Look what they did to Carmen Best -- She's gone."