Seattle’s African immigrants, refugees confront what it means to be Black in America

King County has a large East African population. They are learning that America's Black Lives Matter movement is for them, too: “We need to be visible." 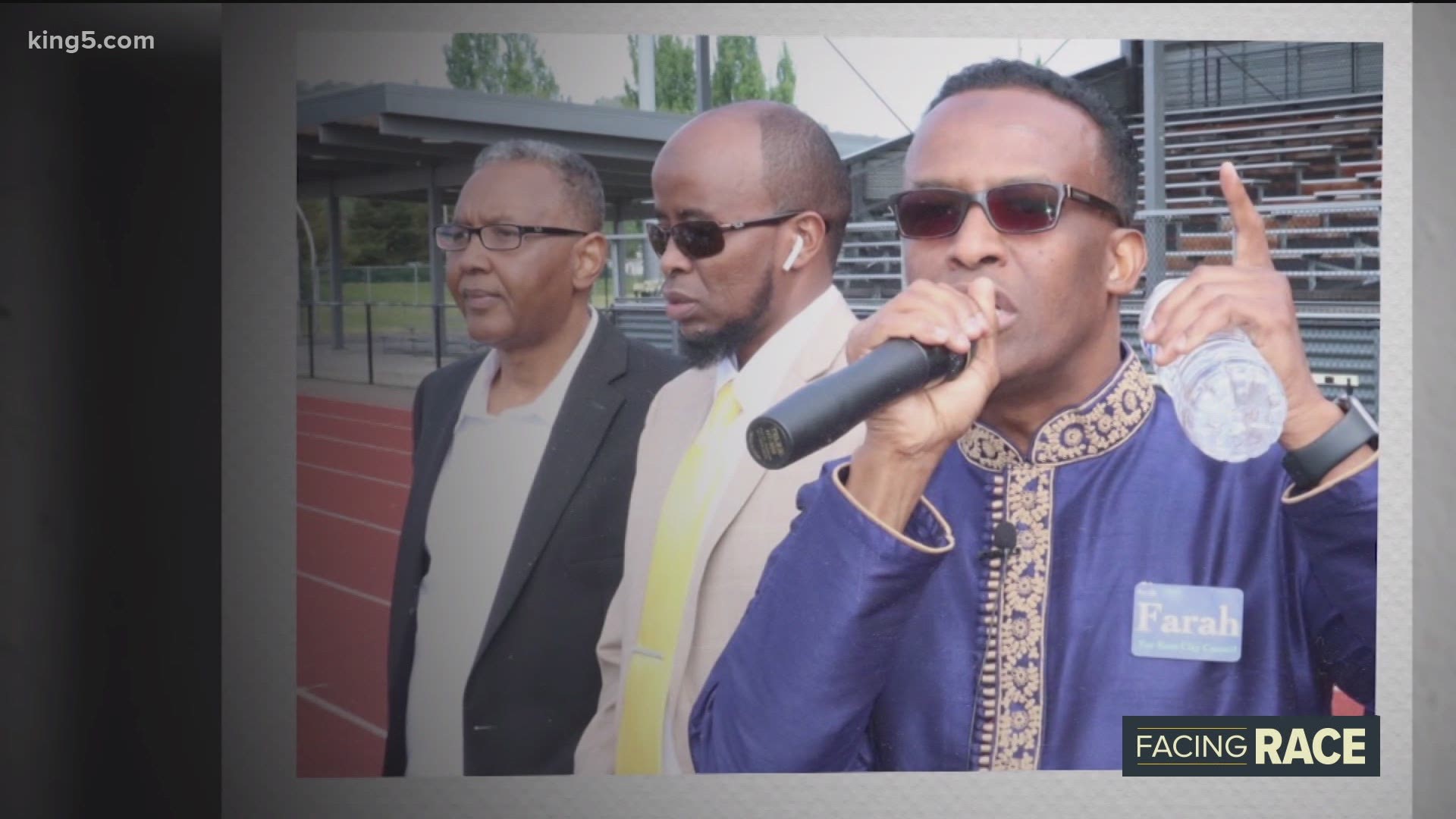 Immigrants and refugees are sometimes reluctant to speak up, to protest, to call out racism and demand change.

There are valid reasons for them to want to keep quiet.

The Seattle area has a large population of East Africans, many of whom escaped war and governments that don’t tolerate activism. But they’re discovering what it means to be an American, and that means participating.

“Sharing my story makes this union better,” said Awale Farah, who came to the United States from Somalia in 1984 as a refugee.

Unlike most African Americans who grew up in the U.S., Farah said he did not even think much about the color of his skin until he moved here at the age of 19.

He said he quickly learned some people only saw that he was Black, a startling realization.

“It doesn’t matter what you think of yourself,” he said.

It’s estimated more than 40,000 people in King County are immigrants and refugees who were born in East Africa, and many of them share stories like Farah’s.

But those attitudes are changing, driven, in part, by a momentous 2020.

“My mom or grandma is not likely to be outside in the streets protesting, but I know I am,” said Hamdi Mohamed, a community organizer whose family fled civil war in Somalia in 1993 when she was a toddler.

That violence scarred her parents’ generation.

A different kind of turmoil is shaping hers.

She said she and other younger Black immigrants are increasingly marching, protesting, advocating and voting as they grow and gain a deeper understanding of the forces working against them.

“As newcomers, people who are immigrating to this country are coming here as refugees. They're not given any sort of classes or information about what it means to be a Black person in the United States,” Mohamed said. “You figure it out on your own.”

“There is a dark history in this country that has oppressed folks who look like myself,” she said. “A lot of immigrants and refugees do not come with that sort of understanding. It takes time, understanding that, and understanding what institutional racism is.”

Farah said it was only in recent years that he felt comfortable opening up about his experiences and participating in the mechanisms of change.

He lost that race, but looking back on where he came from, it sure felt like progress.

As Americans, immigrants like Farah and Mohamed say they feel a sense of duty to challenge the embedded, historical racism here and the new reality of racism for them.

“We have so much to contribute, so for us not to say something," Farah said. "It's a disservice to the essence of being American."