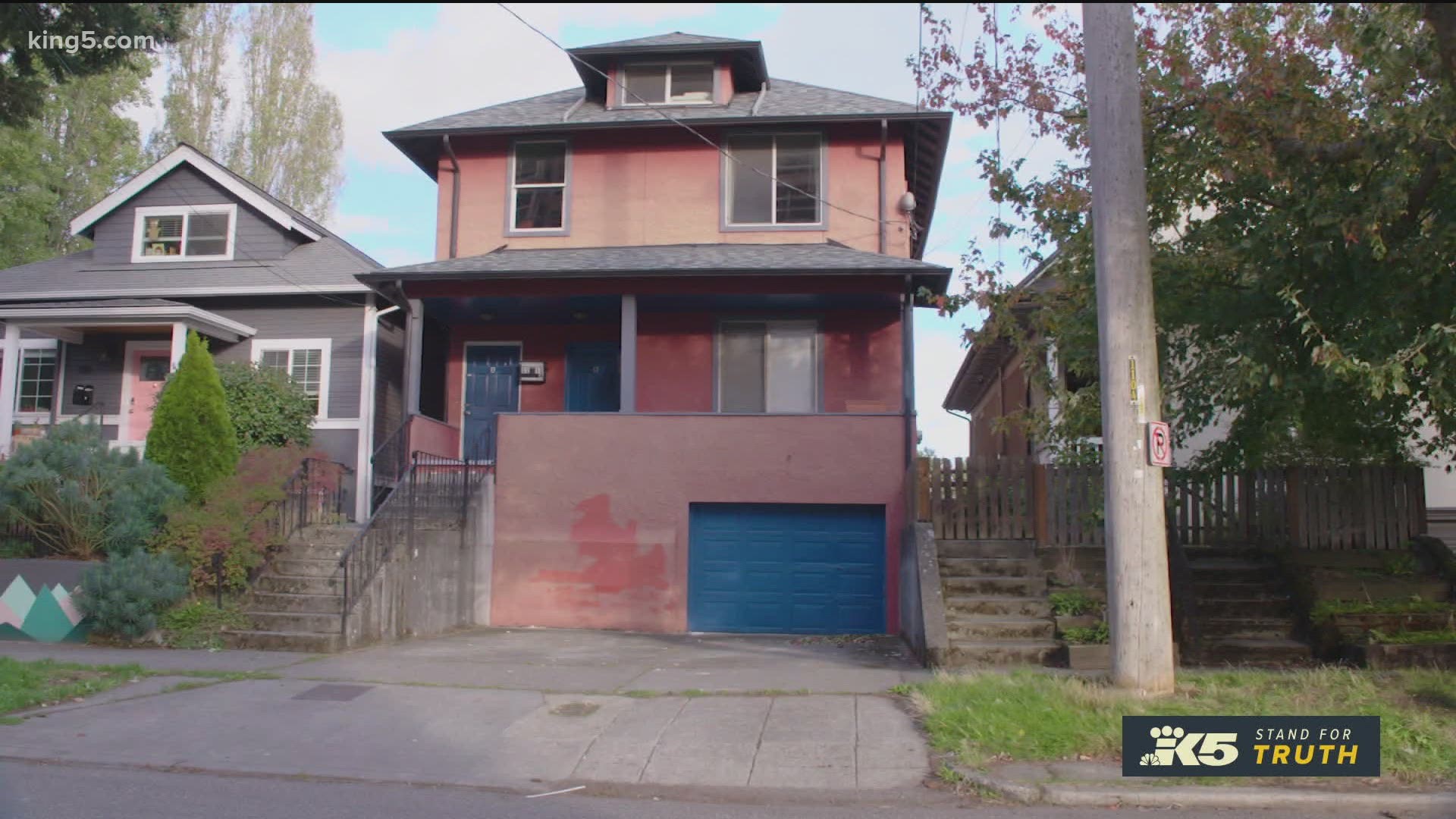 SEATTLE — The riff from Jimi Hendrix’s guitar may have defined an era of American music, but it’s a sound he forged in the basements and garages of the Central District – the section of Seattle south of downtown – that the Black community has called home for 140 years.

However those garages, basements and spaces for creativity are being priced out.

For decades, the Central District has been under attack by so-called economic development policies, which increase rents and home prices that push Black residents and business owners out. This practice is known as gentrification, and it strips away financial stability of those who can’t afford to stay in the neighborhood where their family has laid down roots.

K. Wyking Garrett is the president and CEO of Africatown Community Land Trust, a group dedicated to fend off gentrification by acquiring land in the Central District to expand access to prosperity for the Black community.

“Anything needs space to exist, right?” he said. “Our goal is to acquire, develop and maintain space where our community can grow and thrive.”

He says by procuring land, it can be developed with the Black community’s needs in mind.

“The first thing is to stabilize, stop pushing out of community by creating access to affordable housing,” said Garrett.

He, along with fellow community organizers Fynneicko Glover Jr. and Elijah L. Lewis, explained that being Black and displaced in the region is nothing new.

Redlining in Seattle after the Great Depression kept banks from giving Black families loans to buy homes and restricted where they could settle in the city.

Racially restrictive covenants found in the language of deeds from neighborhoods like Shoreline’s Innis Arden back in 1940 prevented anyone but White people to live there unless they were a “domestic servant.”

While those practices are banned now, it denied many Black families the opportunity to own property and create generational wealth. With rapid development spurred by the tech boom, gentrification and rising rents, Black families in the Central District are once again being displaced.

“This is our reality. If I don’t (do) something about this, then my kids probably won’t be able to call the Central District home, and that is something I’m not willing to accept,” said Lewis.

“We’re going to continue to keep fighting and striving to achieve equity in the CD and Seattle,” said Glover.

Looking back at the summer of protests, abolishing police brutality got most of the attention, but community leaders say the fight for land equity is an equally important part of ending structural racism.

Former State Rep. Dawn Mason stood in front of the former Branch Villa nursing home in the Central District, once Black-owned, now owned by the state. It’s one of four parcels of Central District land organizations want the government to give back to the community. The hope is to turn the parcels into community spaces for affordable housing, elder care and youth achievement.

It’s a process that’s already underway with the former Fire Station 6 building. This summer, Seattle turned it over to the Black community to become the William Grose Center for Enterprise. Much like the basements Hendrix honed his talents, it will be a center for young people to find and grow their talents.

A former fire station is a good place to start, but activists say it’s not enough. They’re pushing the city for a $1 billion fund to buy more land in the Central District – land the Black community, not outside interests, would develop.

“This inequity is very deep. I think this level of allocation to seed a fund to again move things in another direction in a new normal rooted in equity and move away from Jim Crow reality were in, that’s a small investment,” said Garrett.

You can see the vision of land equity already taking shape in the Central District on the former site of the first Black-owned bank in the Pacific Northwest. The Liberty Bank Building offers affordable living and business space in the heart of the Central District, allowing people the ability to stay in their neighborhood.

“A lot of times people say gentrification and displacement is some type of natural phenomena, but it was the result of choices, and the community here was able to come together to make sure this particular project reps opportunity for the community that has been here, to be here and be a part of the future,” said Garrett.

Credit: KING
The Liberty Bank Building on the site of the first Black-owned bank in the Pacific Northwest offers affordable living and business space.

Here, community wealth looks like this – a mother-son duo opening a business.

“My goal was to have something to pass down to my children,” said Kristi Brown, owner of That Brown Girl Cooks catering company.

Because of available space in the building, Brown and her son Damon Bomar are working to turn their catering business into a full-fledged restaurant called Communion and show their neighbors they can do it too.

“What we want to be is a resource to understand how we got here and how they can do the things too," Brown said. "It just can’t stop with us.”

Down the street, Africatown Plaza – another building with affordable housing and space for businesses – is in the works.

"We’re excited to be able to continue the legacy that our parents, our great grandparents established in this community and show that’s valued and should be continued to be a part of this city’s future,” said Garrett.

He says acquiring and creating space is not a luxury; it’s a necessity to protect Black families, Black culture and the growth of both.

With new projects underway and the potential of additional land and resources, community leaders have hope of creating a new future for Seattle rooted in equity.

“We’re encouraged," said Garrett. "We know we have a lot more work to do, but you know when you can see something moving forward, that helps to give our community the confidence that we can regenerate, we can rebuild."

To learn more about the history of practices from the federal government and banks that kept Black families away from home ownership, loans and generational wealth, Garrett suggests checking out the books “The Color of Law: A Forgotten History of How Our Government Segregated America” by Richard Rothstein and “The Color of Money: Black Banks and the Racial Wealth Gap” by Mehrsa Baradaran.