Most ski resorts in western Washington are open by early to mid December. 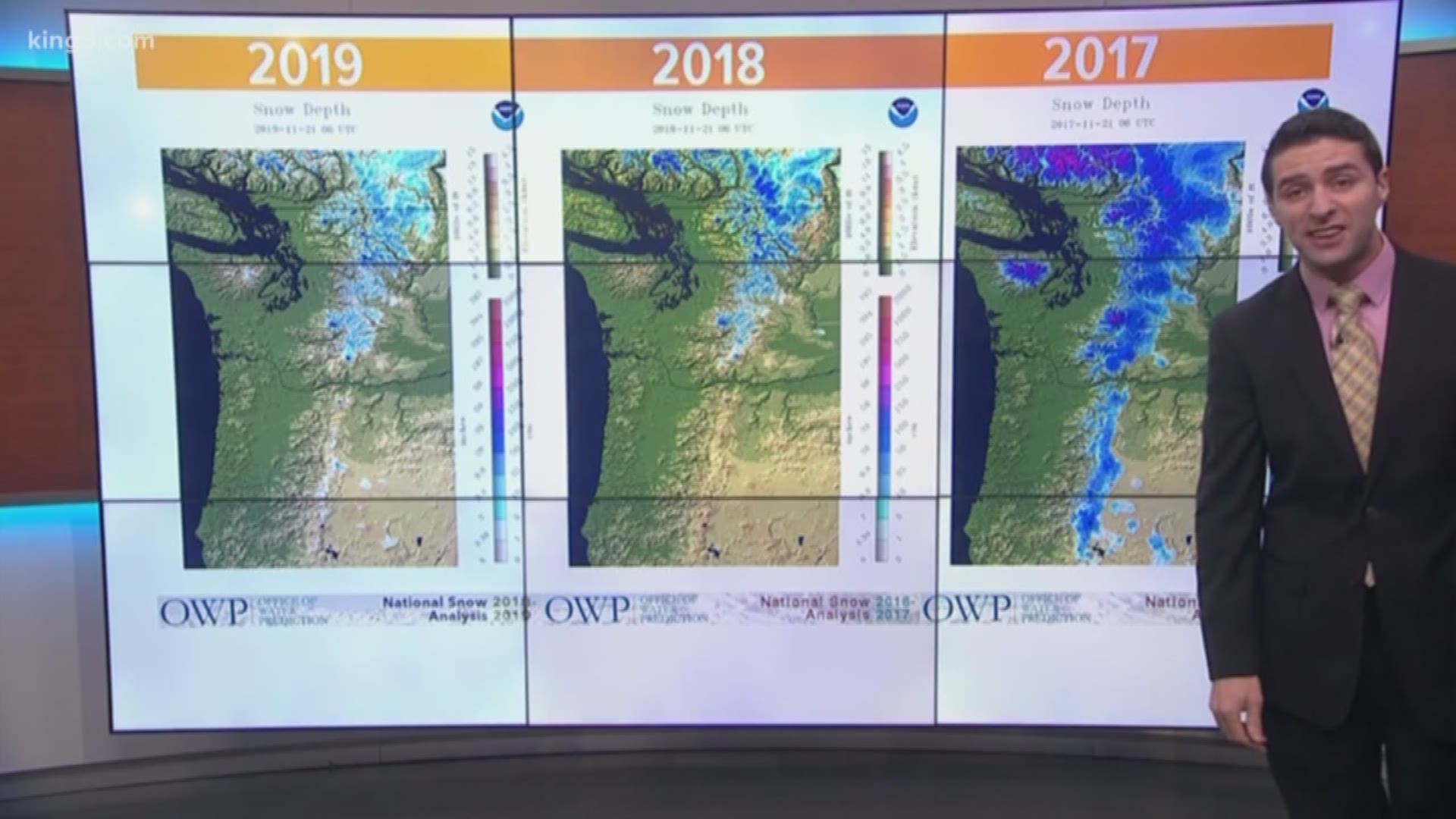 As Thanksgiving nears, skiers and snowboarders wait to hear when their favorite ski resort starts up the lifts. Unfortunately for them, it has been a slow start to the snow season. Most places still need a lot more white to begin operations, though a few resorts have been cold enough to make their own.

Our weather pattern turns much colder next week, and any new weather system should be cold enough to dump snow in the mountains.

Download the free KING 5 mobile app to track the ski report for resorts in Washington, Oregon, and British Columbia.