Showers to end midday, north winds to pick up Tuesday

The winds are expected to pick up mid-week, keeping temperatures cold for Turkey Day. Meanwhile, snow levels will stay below 1,000 feet until the weekend. 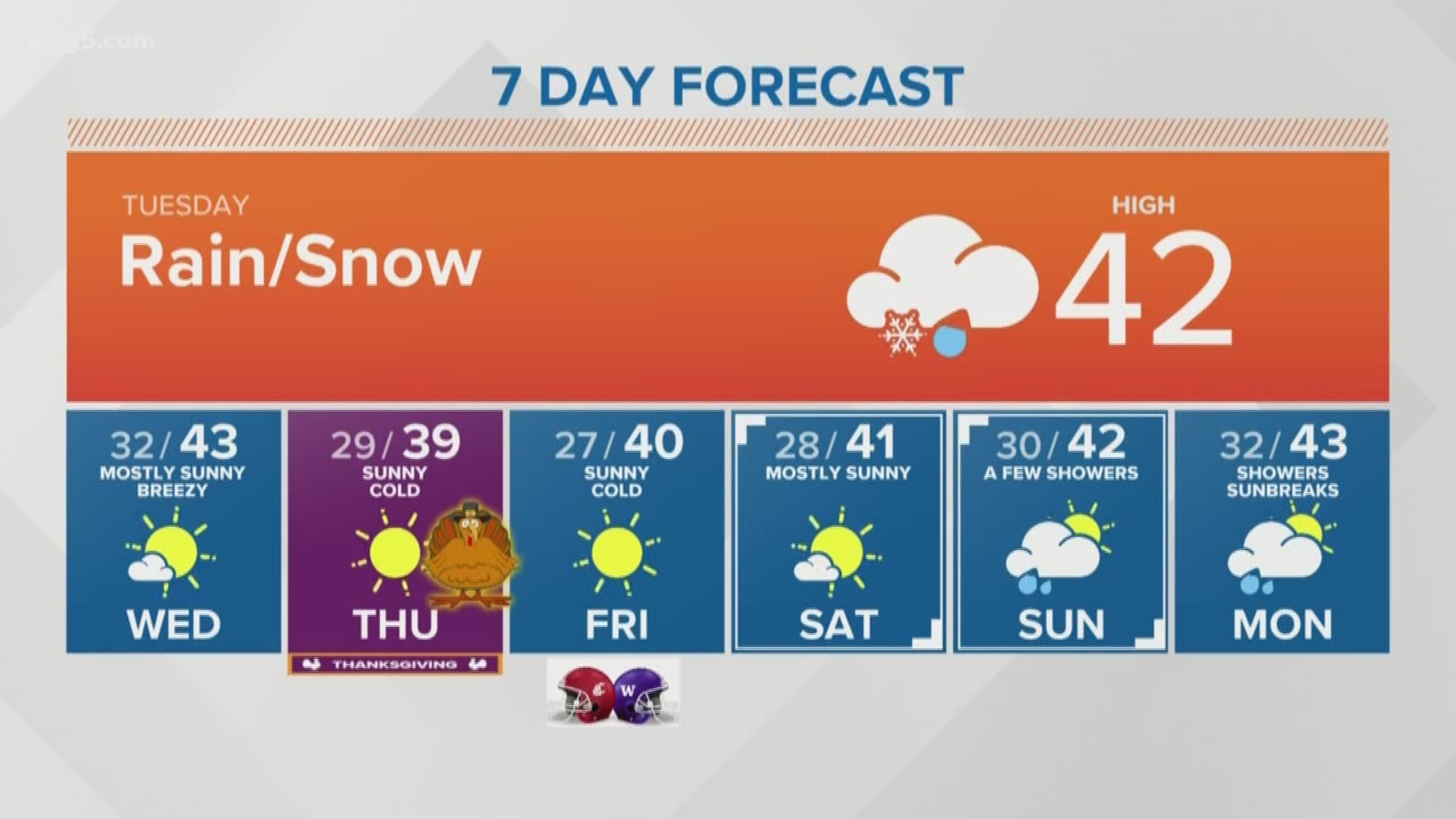 SEATTLE — Showers are expected to dissipate across western Washington by midday Tuesday, and the threat of lowland snow is forecasted to end by Wednesday.

There's a "slight chance" we'll see a rain-snow mix Tuesday evening with no accumulation expected, according to the National Weather Service.

Overnight temperatures are expected to dip Tuesday night and will remain chilly through the weekend. Lows Tuesday night will be in the upper 20s to low 30s.

Western Whatcom County will be under a High Wind Warning starting from 6 a.m. Wednesday to 6 a.m. Thursday with the potential for winds of up to 45 mph and gusts up to 60 mph, according to the National Weather Service. Other areas will be breezy.

Snow levels will remain below 1,000 feet through Saturday, but there won't be enough moisture to lead to lowland snow.

Thanksgiving is expected to be dry, partly to mostly sunny with highs in the upper 30s. Winds will be light.

A rain-snow mix was reported early Tuesday morning along I-90 in Snoqualmie.

Snow blanketed Snoqualmie Pass Monday afternoon. The snow had crews with the Washington Department of Transportation busy keeping the roads clear. Snow is expected to continue falling at the passes through Tuesday.

The National Weather Service received reports that small hail covered streets in Renton, Kent, and Skyway in the afternoon. Residents in Pierce County reported another round of hail that came through in the evening hours in Puyallup and the South Hill area. 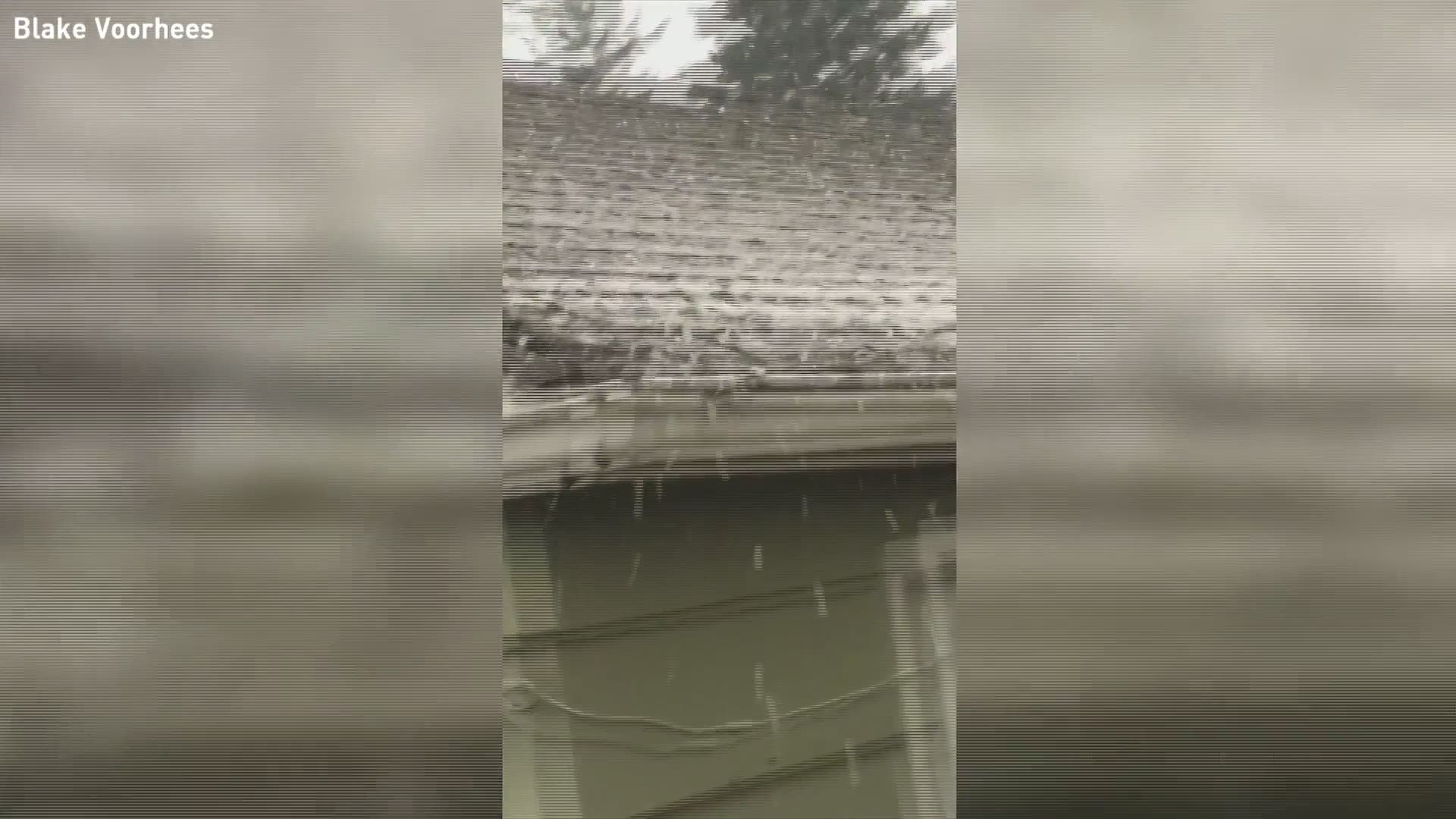 Now is a good time to winterize your home in preparation for the cold ahead. To prevent pipes from bursting, plumbers recommend keeping water moving through pipes, covering vents in crawl spaces, disconnecting hoses and shutting off the water supply to outdoor hoses, and adding foam insulation.

Drivers are advised to check mountain pass conditions before heading out the door. Be sure to carry chains in case you need them and know how to use them.

RELATED: Trooper shares tips for using chains on your car

The North Cascades Highway is still open, but there is snow on the roadway, according to the Washington State Department of Transportation. WSDOT says crews will plow and treat the roadway if drivers use it this week. State Route 20 typically closes for the winter season in mid to late November.

RELATED: Trooper's advice for driving in the snow and ice 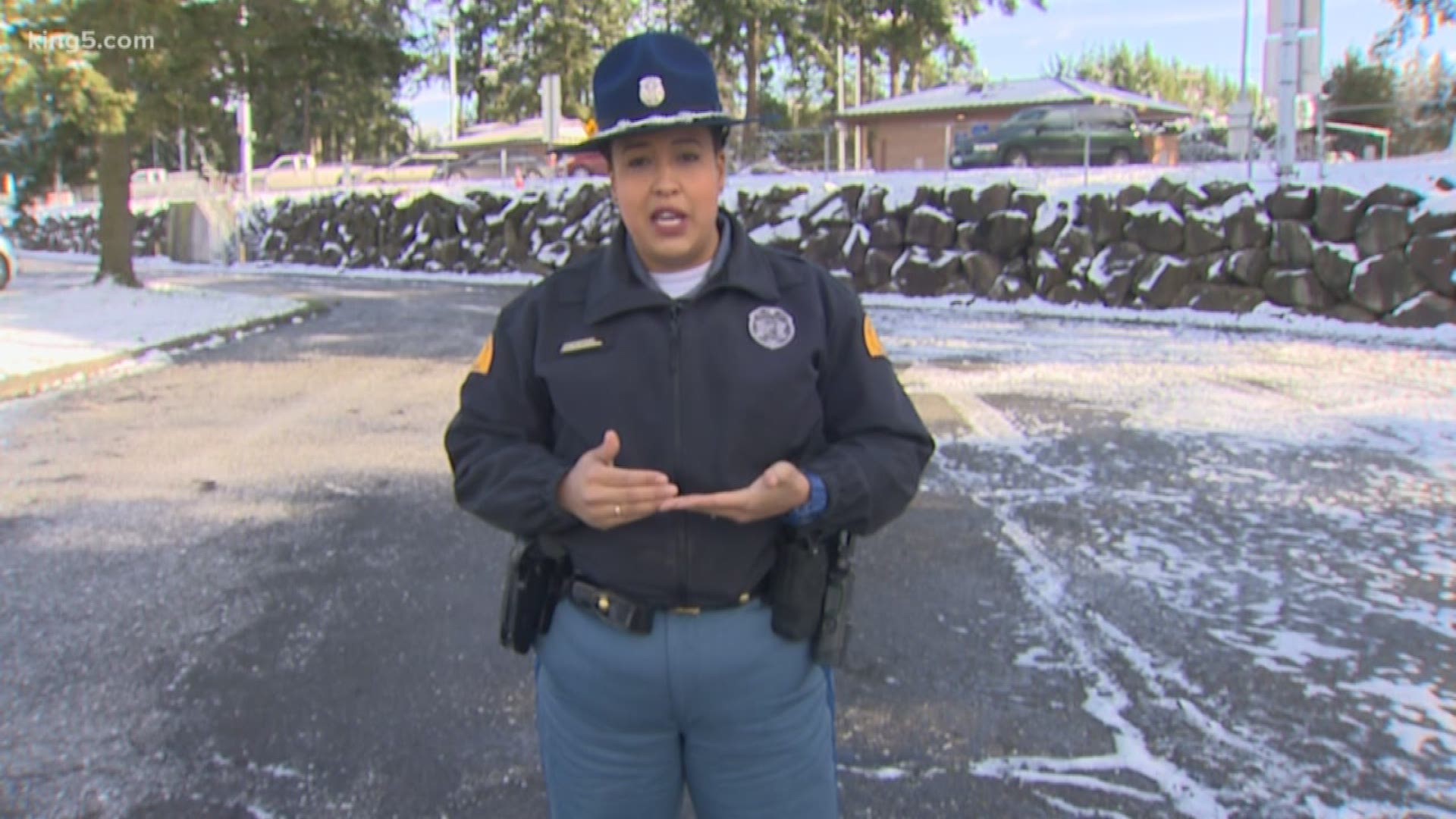