Seattle hits April record of 70 degrees, 7 days in a row

Temperatures at Sea-Tac were 70 degrees or higher between April 15-21, breaking previous records. 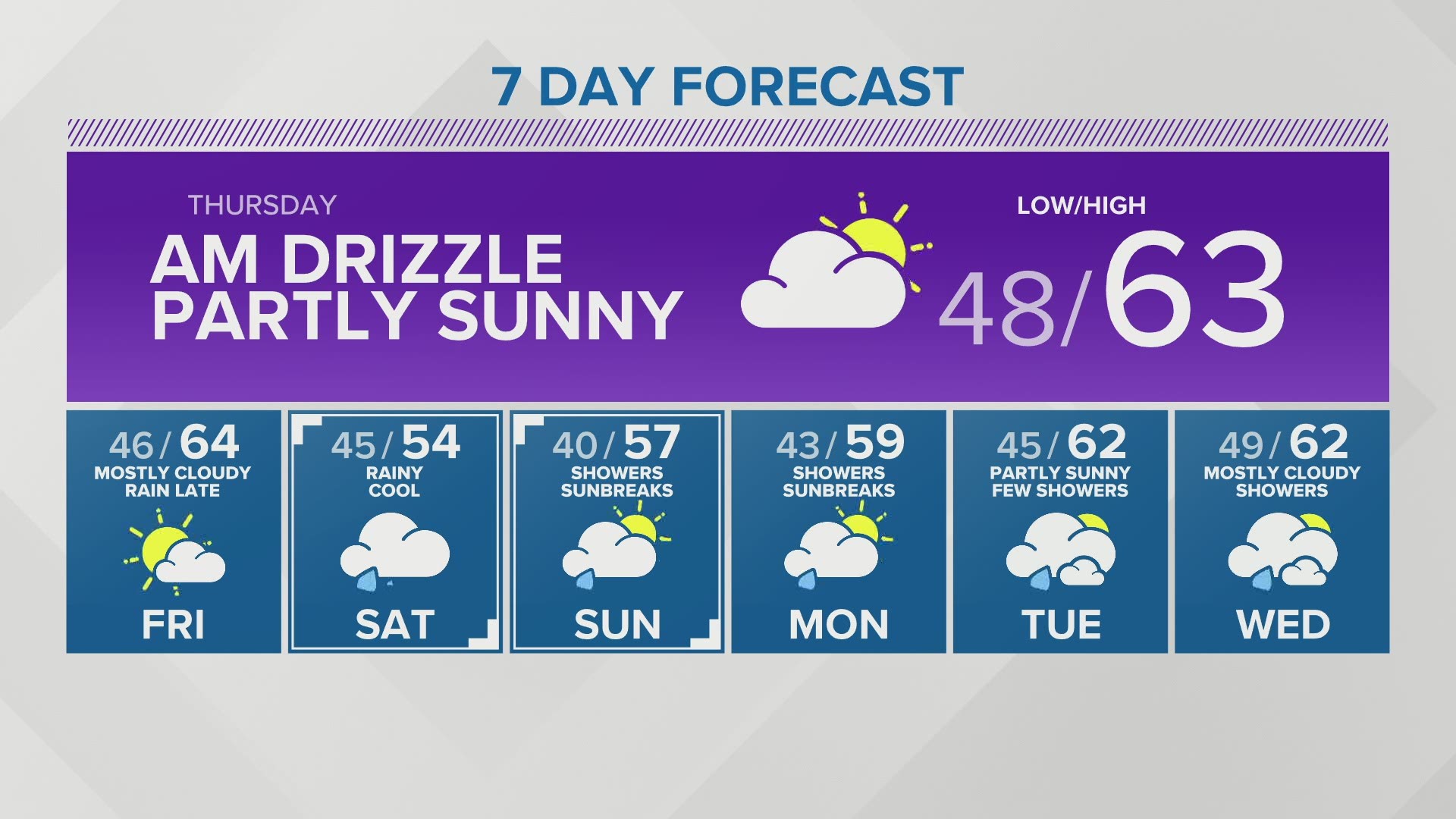 SEATTLE — Seattle recorded a record-breaking seven days in a row with temperatures at or above 70 degrees in April.

The new record was set April 21, when Seattle hit 71 degrees at 3 p.m., according to the National Weather Service.

The average high temperature in Seattle between April 15-21 was 75.7 degrees. The National Weather Service points out that's the normal average high in Seattle for July 11-17.