Seattle hits 80 degrees for the first time in 2021

Sea-Tac hit 80 degrees Saturday for the first time in 2021, tying its high-temperature record set in 2016. The sunny weather continues Sunday. 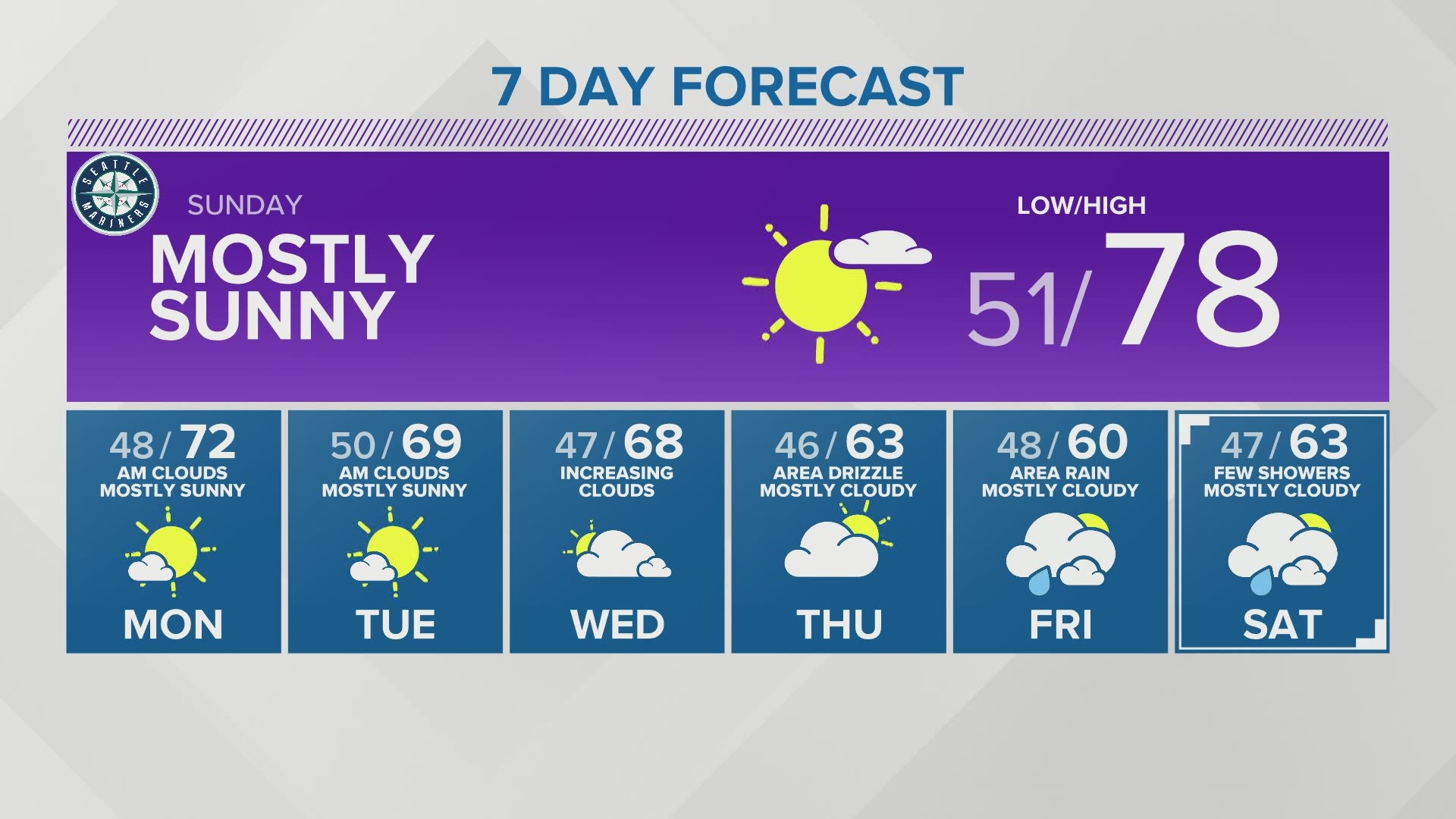 SEATTLE — Some parts of western Washington broke heat records Saturday as high-temperatures climbed into the 70s and low 80s.

Sea-Tac hit 80 degrees at 5 p.m. Saturday for the first time in 2021, tying its high-temperature record set in 2016, according to the National Weather Service (NWS).

The summer-like temperatures are right on schedule for western Washington. On average, Seattle records its first 70-degree day of the year on April 15, according to the National Weather Service.

This weekend will also be the first since August that the sun will set in the 8 p.m. hour in Seattle.

High pressure coming off the Gulf of Alaska brought the dry and sunny weather this week, as well as the warm up. The ridge will weaken Sunday but the mostly sunny and above normal temperatures will continue.

A slow marine push will get underway and marine clouds will bring cooler temperatures to the coast, but inland it will take another day or two to establish low morning clouds.

On Monday, marine clouds are expected for the coast and south Sound before offshore wind clears clouds and a mostly sunny day continues.

High temperatures will be in the upper 60s to low 70s to start the work week.