Worried neighbors dig in against Skagit County mine expansion

The expansion of a Skagit County gravel pit would more than triple its size and neighbors are concerned about the potential impacts. 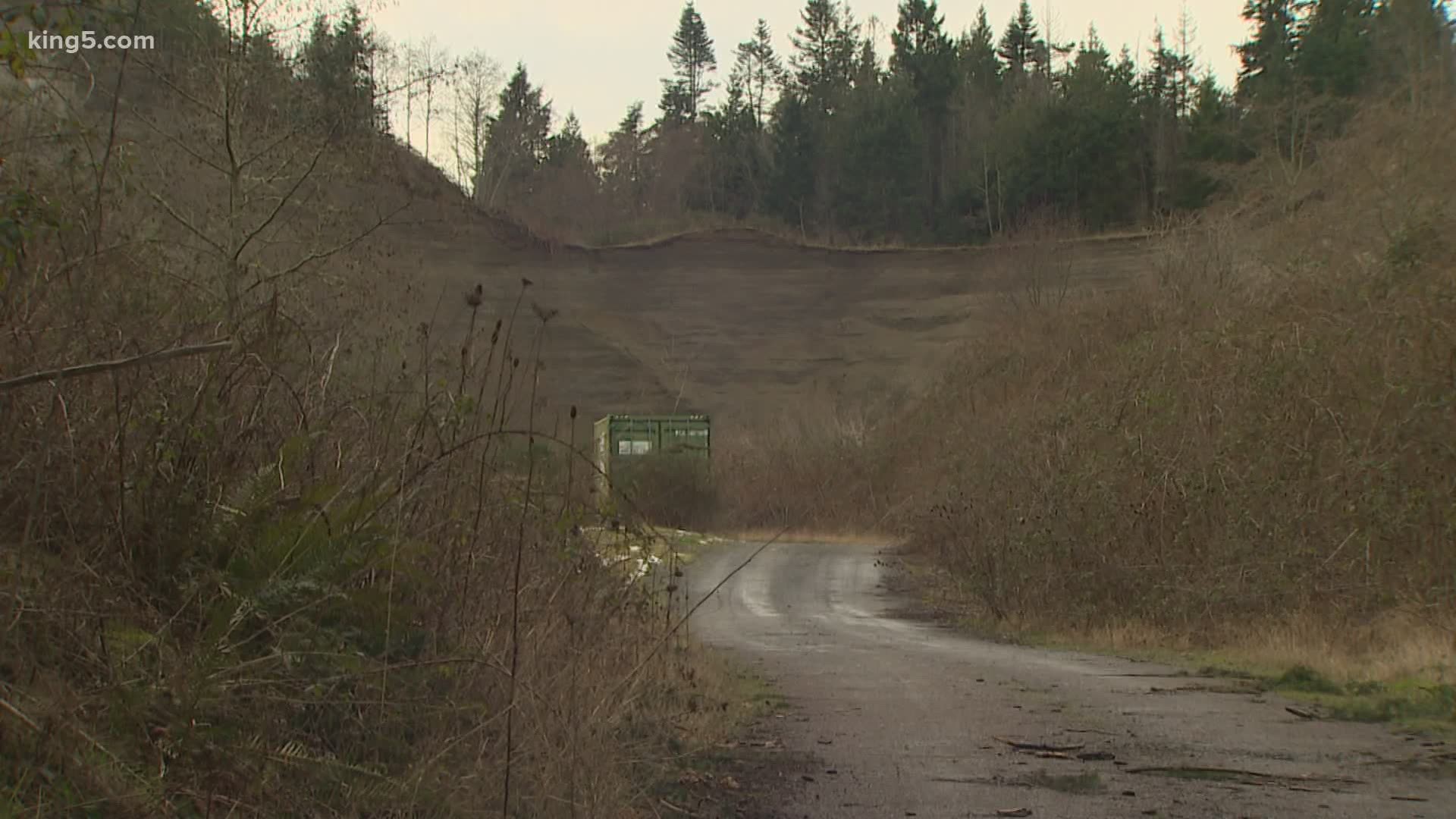 ANACORTES, Wash. — Mac Madenwald has lived on a bluff overlooking the San Juan Islands for 20 years. He was assured by geologists when he moved to Anacortes the bluff would be stable for a century.

Now, he's not so sure. Recently, water started seeping down a nearby hillside.

"Well, we were wondering where the water was coming from," he said.

Madenwald said the seeping water coincided with activity at the Lake Erie gravel pit just up the road, which caught the attention of dozens of neighbors.

Neighbors discovered plans to expand the gravel pit from about 17 acres to 54, which is more than triple its current size. They also discovered Skagit County was poised to approve of the expansion.

After an initial inspection, county officials determined the massive expansion would not have a "significant impact on the environment."

"We think that is a major flaw in the county's review of this project," said Dobbs.

To Dobbs and her neighbors, it seems pretty obvious: A crumbling hillside sits right next to the pit, and right across the street from about 15 homes. It continues to move every so often when heavy rains come.

When asked what comes to mind when she looks at the slide, neighbor Jan Heald Robinson said, "Devastation. That's what the whole area could look like."

The expansion would allow the pit to mine 60,000 tons of rock every year for the next 60 years. That's 26 truck trips a day rumbling down narrow roads that are often lined with bicyclists.

A geologist for the mine told Skagit County, "No water leaves this site," adding there would be "no impacts to local roads" and it would be a "safe and compliant mine."

Requests for interviews with representatives of the mine and Skagit County officials were declined.

A county spokesperson sent KING 5 an email stating, "The Planning and Development Services Department reviews all permit applications to ensure that the proposals meet local, state and federal laws. The community then has the opportunity to provide input during the development review process. Additionally, the community can provide input during comprehensive plan or development code updates, which are periodically taken by the County. The Hearing Examiner has made a determination on the Lake Erie Mine special use permit, and planning and development services will support this decision."

Neighbors are now demanding a full environmental impact study, refusing to give a single inch to the mining company.

"We have to know where the groundwater is going to flow so we can know whether our homes are safe," said Dobbs.

Skagit County Commission members are expected to vote on the expansion Feb. 23.