The mining company would blast holes in the mountain and haul out boulders 12 hours per day, six days a week for the next 100 years. 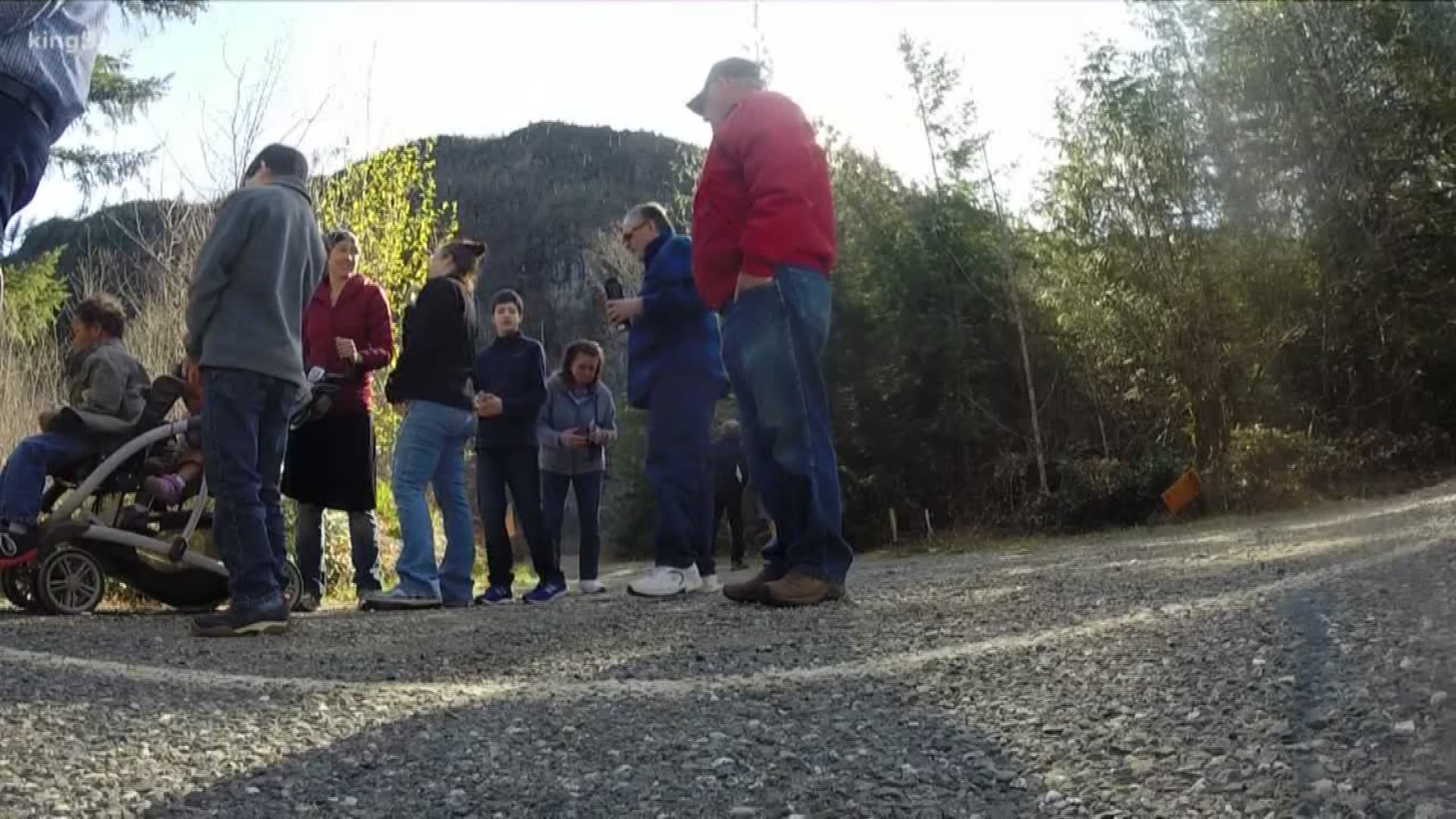 MARBLEMOUNT, Wash. — Marblemount, a town in the North Cascades, is fighting a proposal for a 79-acre mine that could change the way of life for countless people in the mountain community.

Kiewit Infrastructure applied for permission to start mining the hillside for large rocks. They would blast holes into the mountain and haul out boulders from 6 a.m. until 6 p.m. six days a week for the next 100 years.

Up to 260 truck trips would rumble in and out of the site every day.

Neighbors are concerned about the effects on wildlife and salmon habitat in addition to the noise and it's potential impact on their businesses.

"The kind of noise would be devastating on our business," said Corina Sahlin, who runs a retreat in the shadow of the mountain. "We attract clients from all over the country. The noise from the blasting would impact our peaceful setting."

Dozens of people gathered on the side of a Skagit County road Tuesday to oppose the mine for fear that it could drive away tourists for a town known as the "Gateway to the American Alps."

"It's just inconceivable that they would even propose that up here," Mike Young said. Neighbors found out about the mine proposal from a tiny yellow sign.

"We saw this about a week and a half ago," said Young. "It's just amazing that we even found out what was happening at all."

The now defunct site previously operated as a quarry. When it was permitted back in the 1970s, there was only one home within a mile. Things have changed.

A spokesperson for Kiewit, Angela Nemeth, said the mine would provide stone for US Army Corps of Engineer projects in the Pacific Northwest.

She also said current available sources for this type of stone are nearly depleted, or they don’t meet all of the quality requirements.

"We understand community concerns and are dedicated to ensuring the project meets or exceeds county and state requirements. This includes providing a plan that will minimize potential impacts to the people of Skagit County and the surrounding area," said Nemeth.

For now neighbors are gathering signatures, pressuring their local politicians, and promising to fight this battle together.

"It's my way of life," Young said. "I've been here 15 years and built my house with my own two little pinkies. We're not gonna roll over on this."