Skagit County gravel mine opponents dig in for fight

A proposed gravel mine is causing concern in Skagit County. Residents in the area feel like they were largely left out of the mine discussion and believe it would disrupt their quality of life. 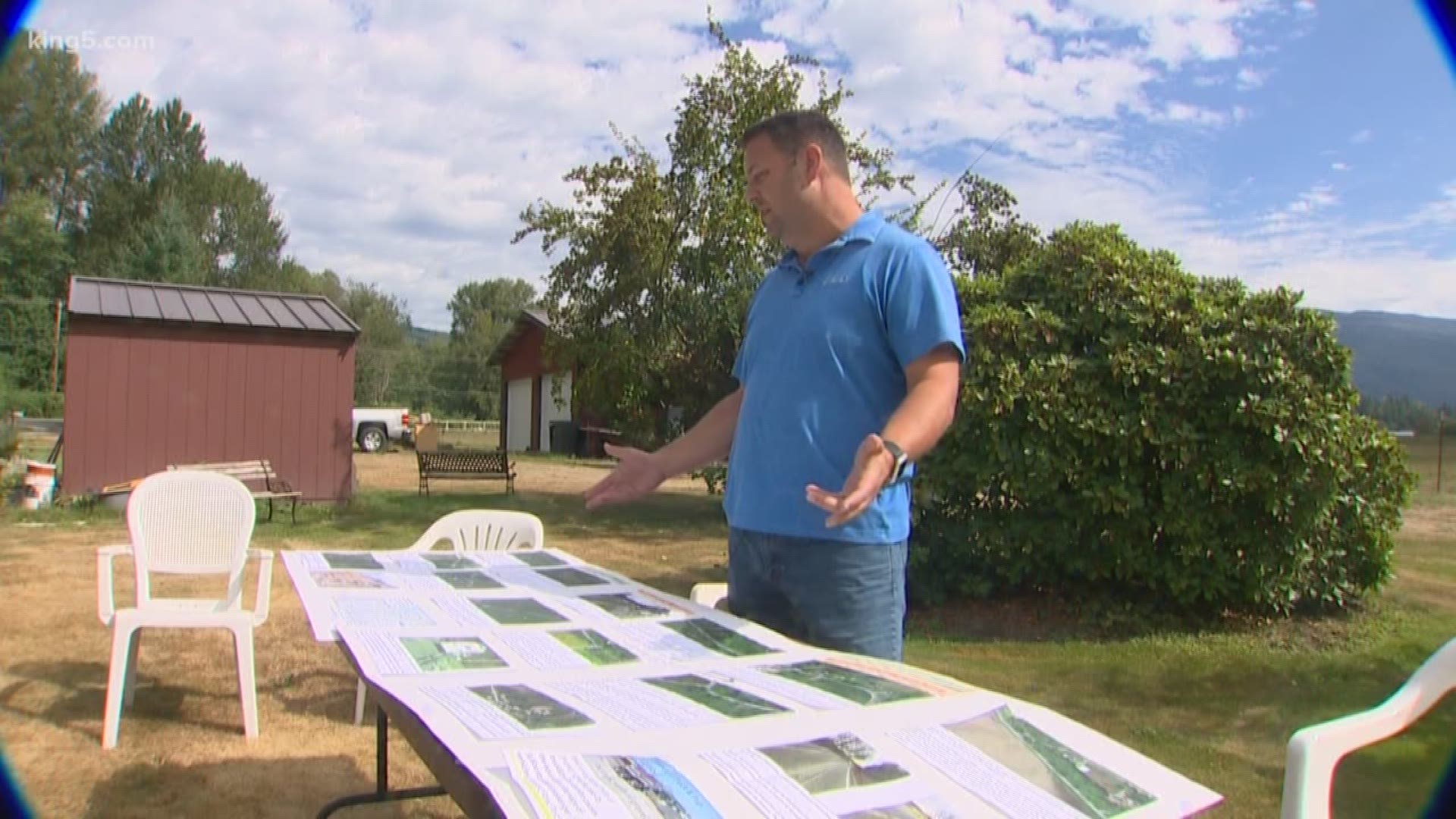 A gravel mine proposed in Skagit County could change the landscape and lifestyle of an entire community for at least a generation.

Friday was another monthly meeting for a group of unlikely friends near Sedro-Woolley. It was a get-together they would have preferred not to attend.

"This is a new hobby that no one wanted," said Brian Bowser.

That "hobby" is fighting a proposed gravel mine.

Concrete Nor'west wants to dig a massive mine and run up to 46 trips per day -- from dawn to dusk -- for at least the next 25 years. Developers want to build the mine near the intersection of Grip and Prairie roads, north of Sedro-Woolley.

The mine would be just over the treeline from the home Linda Walsh has lived in for nearly 30 years.

"This huge industrial mine will be operating loaders and trucks. I believe it will disrupt our quality of life,” said Walsh. “It's going to impact our kids and our grandkids from now until whenever."

Trucks weighing up to 105,000 pounds would navigate the narrow, winding road leading to the mine, including a blind curve where school buses run and children play.

"There are already near-misses. I can just picture being blindsided with kids in the back, squished in between,” said Abbe Rolnick. "There will be fatalities."

County planners denied the original permit for the pit, which is now under appeal.

The process has dragged on for two years.

About 2,000 people live in the surrounding area. Neighbors feel like they were largely left out of the mine discussion until they hired a lawyer.

"It's just not right for average citizens to have to spend tens of thousands of dollars for the county to follow its own regulations," argued Martha Bray.

"Until and unless a completed application is submitted, there isn't an opportunity for formal public comment,” a Skagit County spokeswoman said. “We need a complete application so that our staff and the public have a clear idea of what's being proposed. We have an entire webpage of content related to this project. It's public. And we've shared it publicly with the neighbors."

A Concrete Nor’west spokesman previously stated the roads in question are used safely by big trucks every day and that the mine will support construction jobs vital to Skagit County's economy.

In the meantime, road widening near the proposed site has begun.

County officials say it's for previously approved logging, but neighbors don't buy it. They're holding out hope they'll soon be able to ditch the "hobby" they have reluctantly taken on.

The fate of the mine is up to a hearing examiner whose decision could come in the next few weeks.