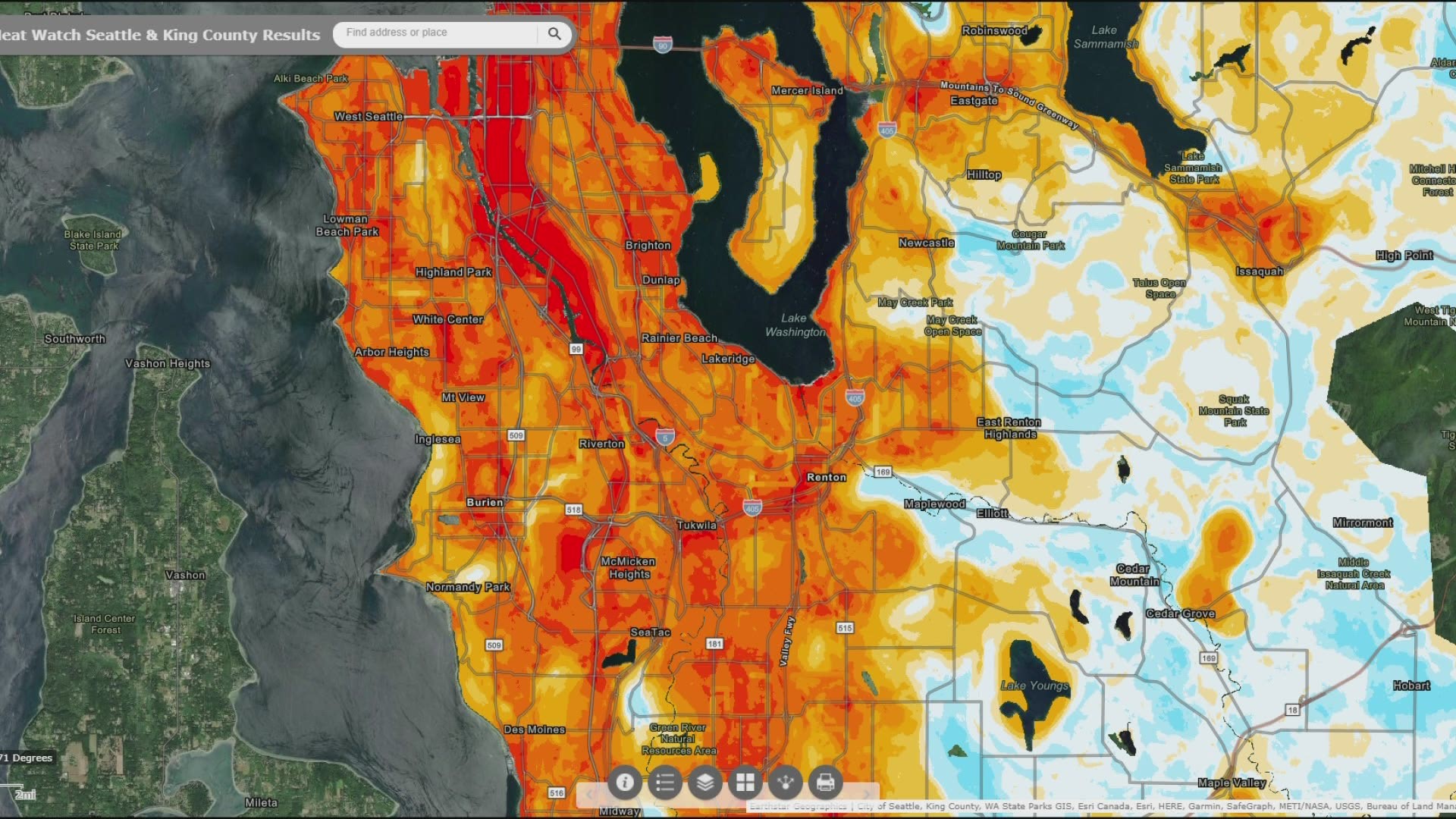 KING COUNTY, Wash. — Areas of King County with more paved landscapes and less tree canopy are feeling the heat more intensely than less urbanized areas, according to a new study from King County and the city of Seattle.

Areas near Auburn, Kent, Renton, Redmond and south Seattle reach higher temperatures and hold on to heat longer throughout the day than other areas of King County, according to heat maps made during the study.

Credit: King County
Data analysis shows that areas with hard landscapes held on to heat longer than areas that have more natural landscapes, increasing the potential for heat-related health risks in those areas, according to a study by King County and the City of Seattle.

To collect the results, volunteers helped King County and the City of Seattle record more than 110,000 temperature measurements at three different times of the day during one day of extreme heat in July 2020.

Heat-related health risks are made worse by existing inequalities in housing and access to healthcare, according to the study. Older adults, the very young, pregnant women, people who work outdoors, people who are unhoused and people who have chronic medical conditions are the most at risk.

King County plans to use the results of the study to inform initiatives aimed at preparing areas most impacted by heat for extreme heat events in the future.

"The harmful and inequitable impacts of climate change demand both immediate action and structural changes to create more resilient communities," King County Executive Dow Constantine said. "The data from the heat mapping project will help us achieve both."

King County Metro is using the data from the study to help inform bus stop design and amenities to account for more extreme weather events. King County and the City of Seattle are both rolling out tree initiatives to build tree canopy in areas that need more shade. King County is also planning to conserve more green space and use heat map information to inform park design and improvements as temperatures rise.