Highs nearing 100 degrees will be possible around Seattle and the south Sound. 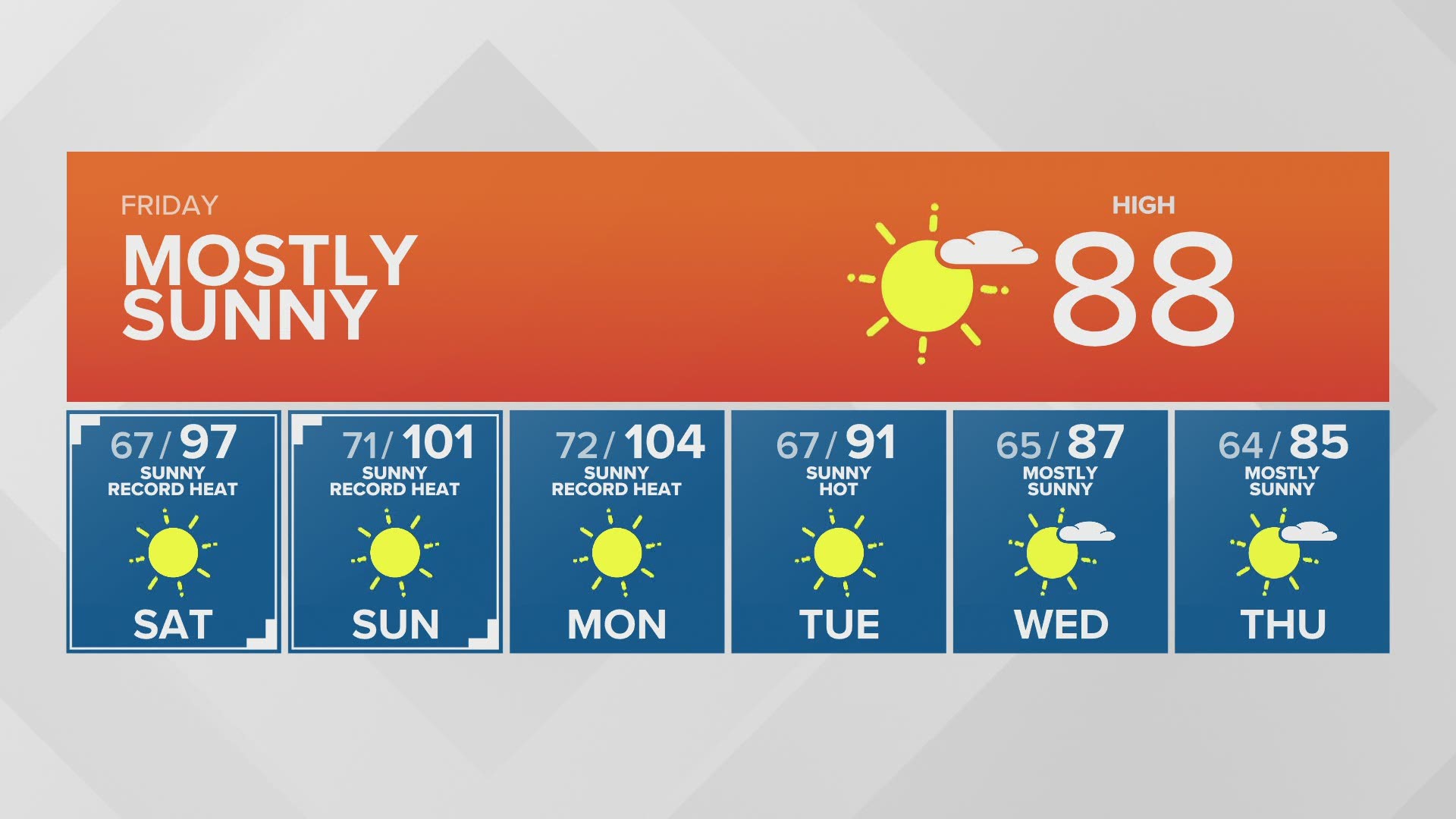 Temperatures around Puget Sound could be "potentially dangerous" this weekend and into next week, with the chance of some areas hitting all-time record highs with little to no relief from the heat overnight.

Temperatures are expected to rapidly rise beginning Friday, with highs in the upper 80s to near 90 for much of western Washington, according to the National Weather Service (NWS).

RELATED: How to build your own DIY air conditioner

The NWS issued an Excessive Heat Warning from Friday afternoon until early next week. There will be a "moderate risk" Friday for those sensitive to heat. Saturday through Monday there will be "high risk" for sensitive populations and those without effective cooling and/or adequate hydration.

Highs for areas around Seattle and Olympia on Saturday are forecast to be in the 90s to near 100 degrees or hotter, the NWS said. Since record-keeping began, Seattle has only seen one 100-degree day in June; that was June 9, 1955.

Areas north of Everett and near the Pacific Coast will be slightly cooler than the interior Sunday and Monday.

RELATED: How to get ready for western Washington’s impending heat wave

The NWS said to plan ahead and be aware of the upcoming conditions.

During a press conference Wednesday, the Washington State Department of Health (DOH) shared a few tips for staying safe during hot weather events: