The Zim Kingston was about 43 miles west of the Strait on Oct. 22 when it listed to its side and lost the containers. 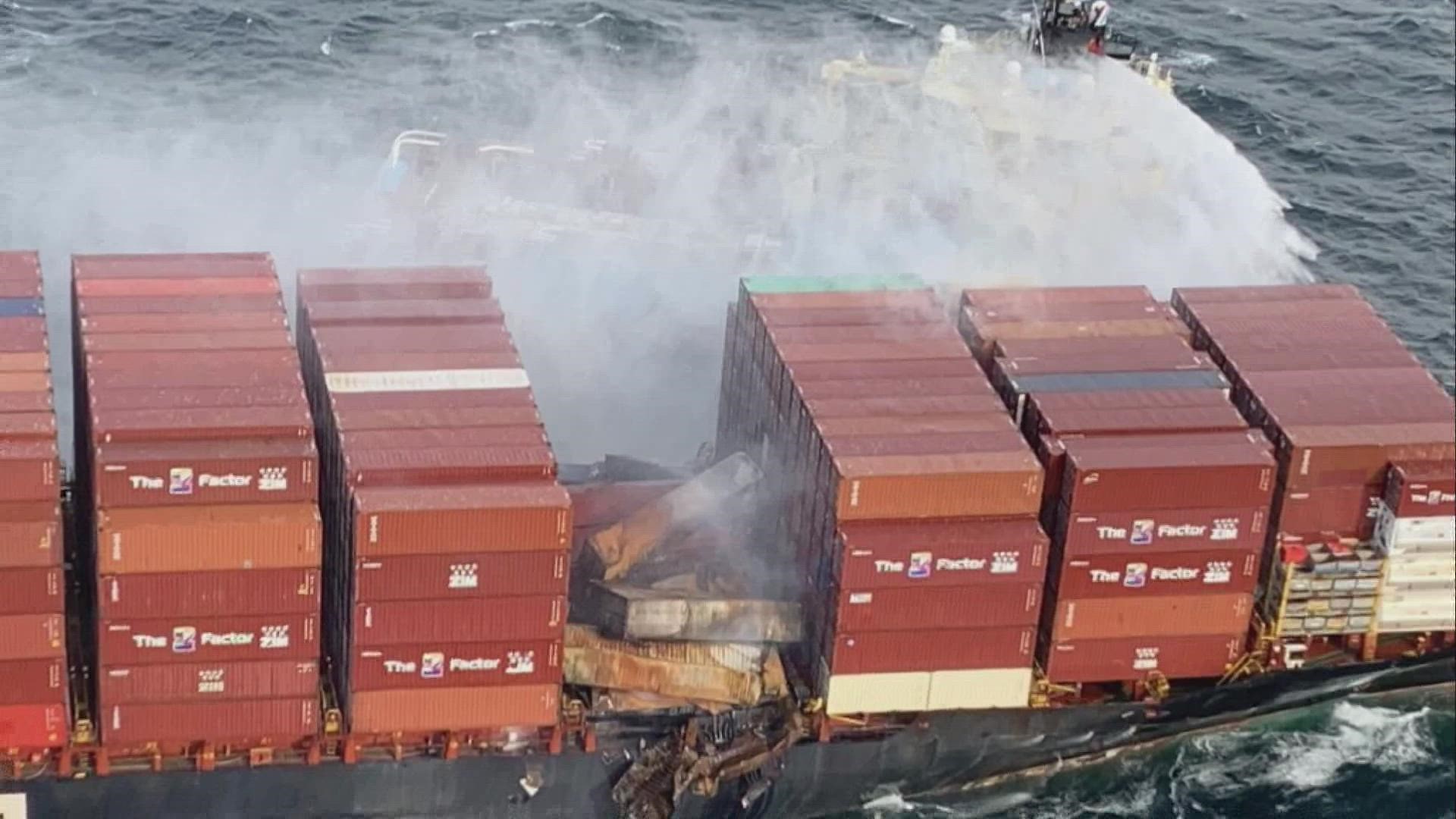 VANCOUVER, BC — An estimated 106 shipping containers are now believed to be missing from a merchant ship that encountered rough seas near the Strait of Juan de Fuca over the last week.

The Zim Kingston was about 43 miles west of the Strait on Oct. 22 when it listed to its side and lost the containers. At the time, it was believed about 40 containers went overboard.

A fire broke out on the ship the next day in 10 of the containers, preventing access to the container bays. With the fire under control, the crew discovered more than double the number of containers were missing, according to the Canadian Coast Guard.

Two of the containers hold "hazardous goods," according to the Canadian Coast Guard. The rest contain toys, clothing, automotive and industrial parts, and furniture.

The containers are being tracked and were drifting on a northwest trajectory and parallel to Vancouver Island earlier this week, the Canadian Coast Guard said.

As of Oct. 28, at least four containers have been found on the shore of Cape Scott in British Columbia. The Canadian Coast Guard is continuing to make overflights of the shore to look for any more containers. Some of the containers are believed to have sunk.

#CCGLive: The Atlantic Raven continues to support operations at the #ZimKingston today with emergency tow and firefighting capacity if needed. Firefighters continue to work on the ship and on-shore air quality monitoring continues to show no impacts. pic.twitter.com/rrnhZ2cdrg

We’re working with @USCGPacificNW to track the movement of containers from the #ZimKingston. The containers are currently drifting approximately 12 nm east of Vancouver Island on a northwest trajectory, parallel with the island. pic.twitter.com/07segYpZEC

RELATED: Fire continues to smolder after breaking out on ship that lost 40 containers in Strait of Juan de Fuca