The head of the Boeing machinists union believes the company’s decision to move 787 Dreamliner production to South Carolina “puts the future of the company at risk.” 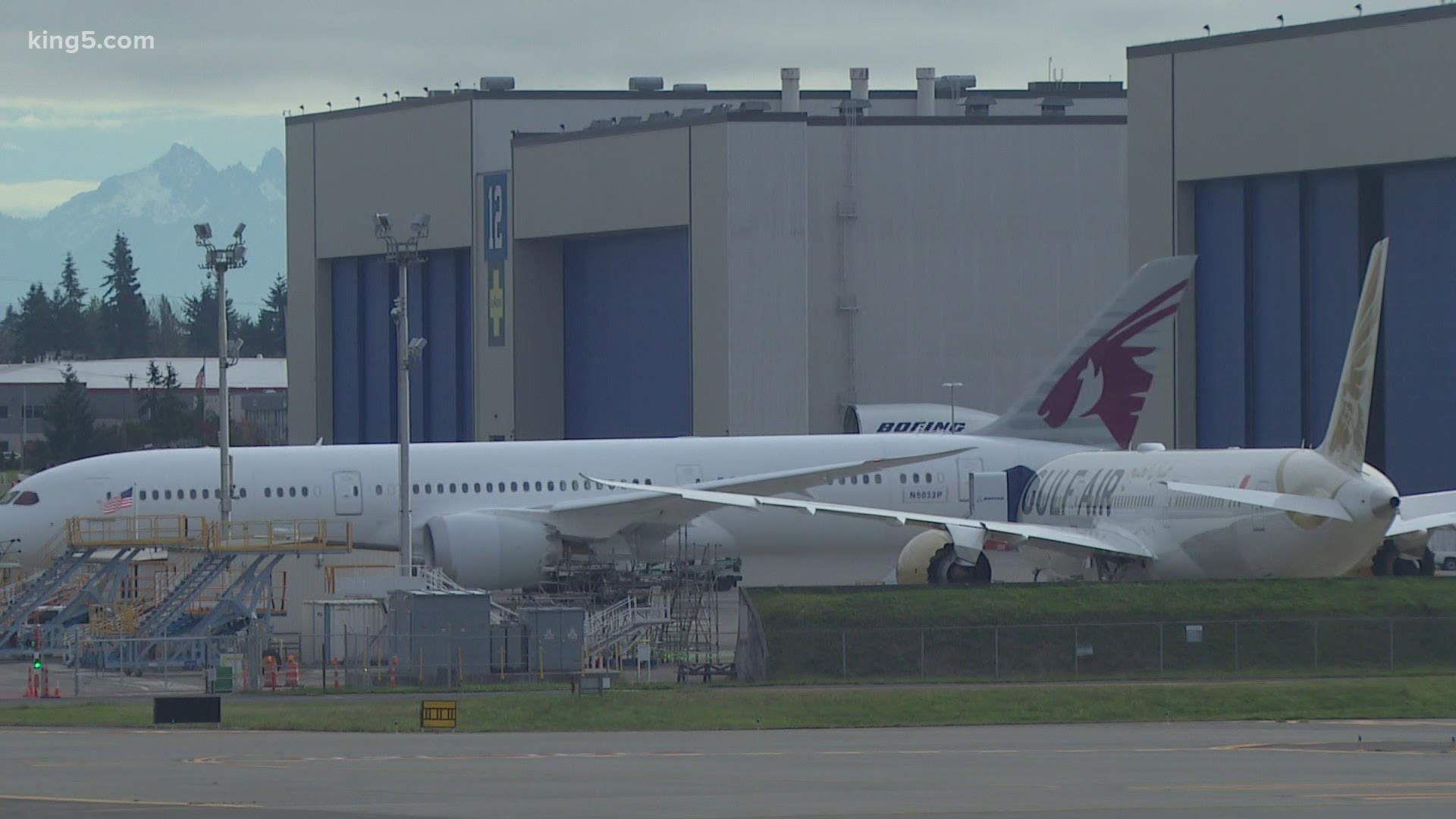 EVERETT, Wash. — The president of the Boeing machinists’ union said the company moving production of the 787 Dreamliner from Everett to South Carolina was a "short-sighted decision that puts the future of the company at risk.”

Boeing announced in late September that it would shut down the Everett production of the 787 Dreamliner by mid-2021 and move production to non-unionized South Carolina. The company said the decision was to improve efficiency and long-term performance.

John Holden, the president of the International Association of Machinists and Aerospace Workers (IAM) District 571, said in the union’s monthly newspaper that he is angry about the company’s decision, but he knew it was coming. Holden said in the paper that the union did not have any language in their contract to stop a production move or to keep it in Everett.

Holden said the union’s alternative proposal submitted to Boeing showed not just the economic benefits of keeping 787 Dreamliner production in Everett, but also the benefits of bringing non-union workers in South Carolina under IAM District 751’s contract with Boeing. He said having workers in South Carolina under the union contract would allow “the same standards of safety, quality and productivity.”

“We tried to show logic and facts for keeping production in Everett, but the reality is we couldn’t stop this decision,” Holden wrote.

RELATED: What are the chances Boeing will build a new jet in Washington state again?

However, he believes workers should “take out anger and turn it into action.” He is now calling for the union’s collective bargaining talks to focus on building the next Boeing plane in the Puget Sound region.

“Let it motivate us to prepare for 2024,” Holden wrote. “It’s time to fight for true job security, as well as making a concerted effort to show why Boeing needs to launch new airplane programs, to fill the product gaps in their current airplane lineup, right here in Washington state, where commercial aerospace production has proven success.”

Boeing also plans to stop production of the 747 in Everett by 2022. The company announced additional job cuts and noted an additional $466 million loss in its third-quarter earnings report. The company's total loss for the year is now roughly $3.5 billion.

Snohomish County Executive Dave Somers said the county has been discussing what it can do if workers are let go.