Watch crews construct the new SR 99 off-ramp to downtown Seattle in a new timelapse from WSDOT. 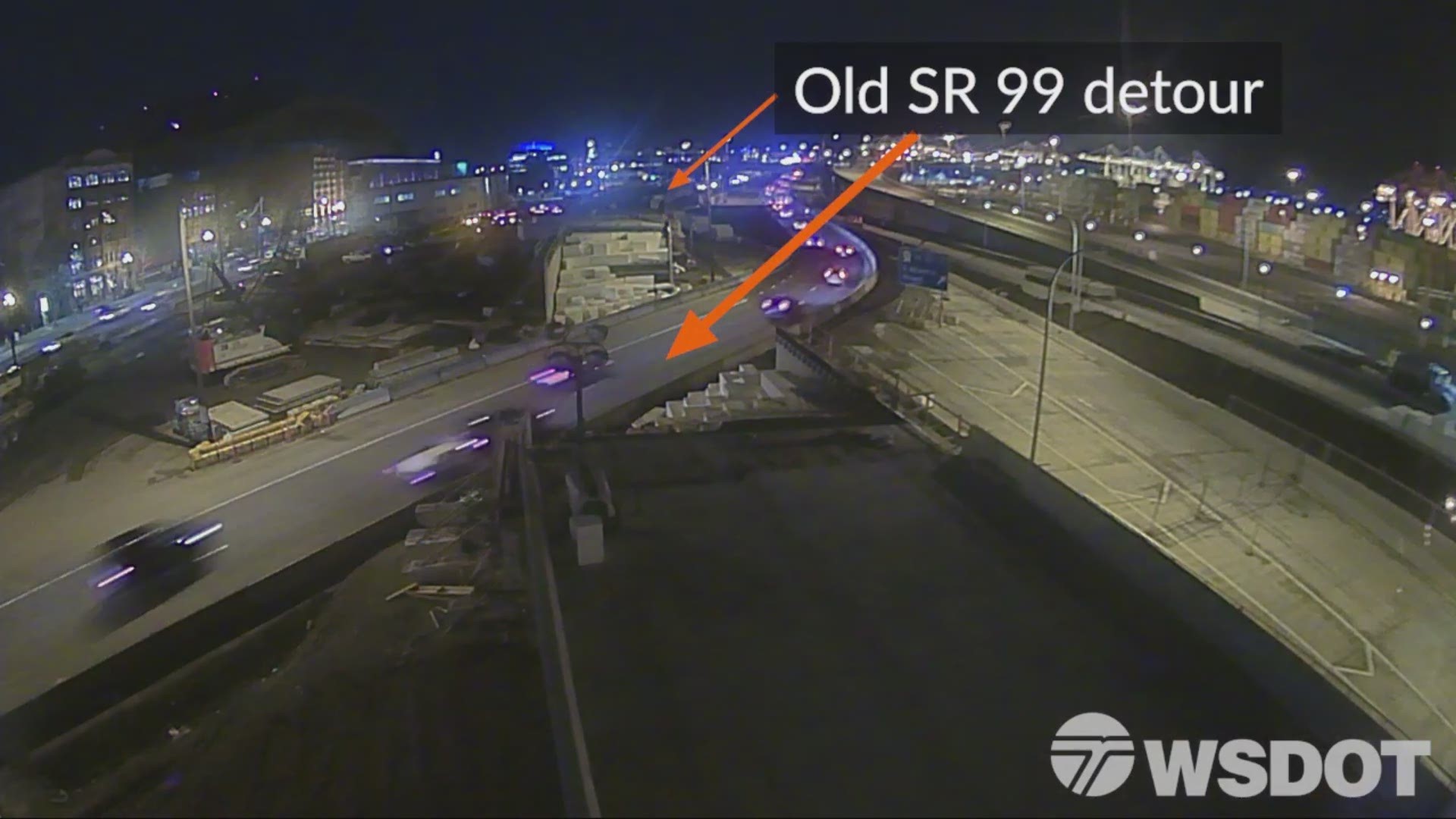 SEATTLE — The northbound SR 99 off-ramp to downtown Seattle is officially open, and now you can watch the entire construction of it in 60 seconds.

The off-ramp to South Dearborn Street opened for the Tuesday commute, about two weeks after the new tunnel under downtown opened to traffic.

At the beginning of February snow blankets the work area after a storm brought record snowfall to the area, forcing crews to temporarily stop work.

The ramp is the first in the world to be built with flexible metal and bendable concrete designed to sway with a strong earthquake and then return to its original shape, according to WSDOT.

Contractors are now focusing their efforts on demolition of the Alaskan Way Viaduct, which began last week and is expected to take about six months. However, the main portion of the viaduct along the waterfront is expected to be removed by June 1, according to WSDOT.

RELATED: Inslee takes 'first chomp' out of viaduct during demolition