The house is 1600 square feet, made of 9 shipping containers 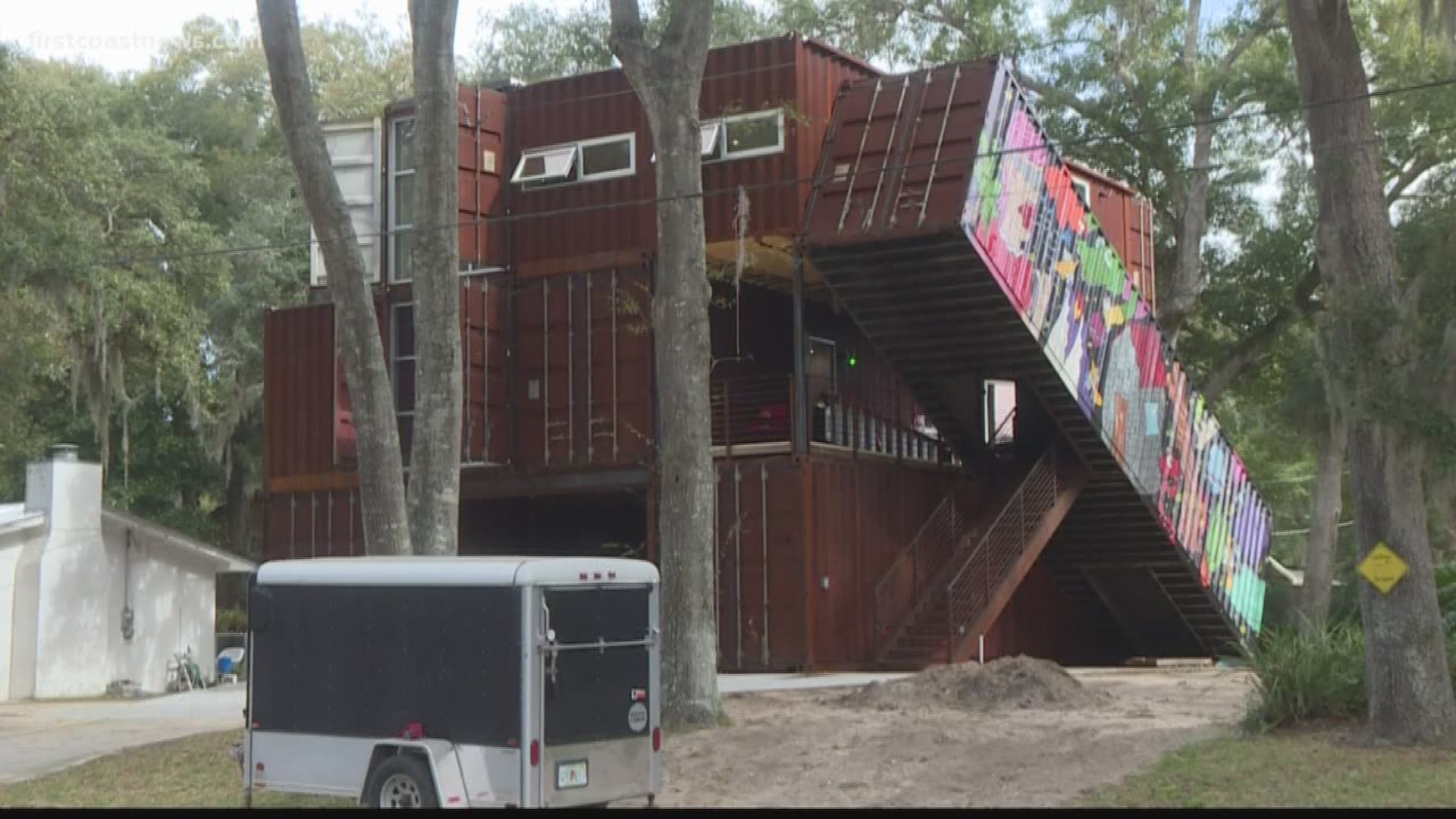 ST. AUGUSTINE, Fla. — It's a house that stands out. That's because it's made out of shipping containers. Now, it's finished and ready for the welcome mat.

This story is not just of a neat house, it's also about a man's perseverance when it looked like Hurricane Irma had won.

In a video he shot that night, you can hear him say, "Well the worst that could happen, has happened."

His home was destroyed, and he quickly made a decision to build his new house out of shipping containers.

"I was already thinking about containers and building with them," he said.

First Coast News visited him several times over the years to watch as he built the house himself. Two-and-a-half years later, the house is move-in ready.

"There are nine containers in total," he said. "Two on the ground are workshop space. The living space is five containers, so 1,600 square feet. I added another container on top to get the volume."

And then there is one with a mural on it for flair. He left the container floors intact, kept some old things and added a lot of artistic elements. DePiazza decided to leave some of the container walls exposed and not cover up some of the signage, such as numbers, stickers and scrapes and scratches.'

RELATED: Construction continues on one of few container homes in St. Augustine

"It's like a patina of history, of how these have been utilized," he said. "I feel it's such a part of their character."

The house is on the same land where he lost his house of 32 years. DiPiazza said it was hard to be displaced for two-and-a-half years.

"It was really disturbing," he said. "So now that it's complete, it's like I'm returning to that mindset of being in my home, being settled again."

As he walked through the empty house, he pointed to marks on the floors and walls.

"All the scuffs and gouges and patches," he said, "we embrace them."

Embracing the rough spots in his house and in life.