Construction continues on one of few container homes in St. Augustine

CHECK THIS OUT | Containers were stacked on Rob DePiazza’s property weeks ago. He’s building a container home after a tree fell onto his house during Hurricane Irma. 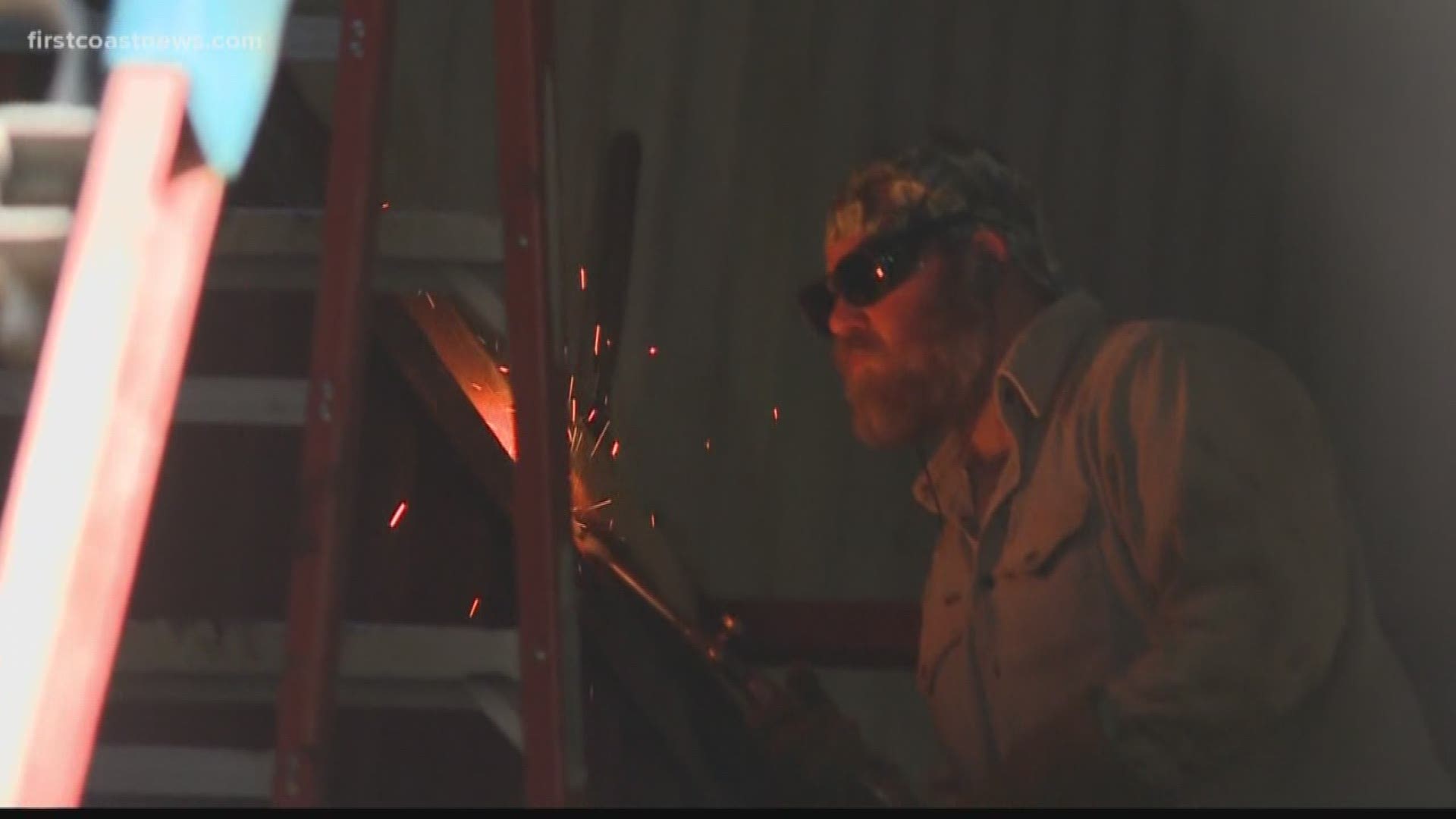 In St. John’s County, one man’s home was completely wiped out after Hurricane Irma’s winds blew a tree on top of it.

We’ve been telling his story since the day Hurricane Irma hit the First Coast.

Welders work on the inside of Rob DePiazza’s home.

Not a traditional building but one made entirely of recycled shipping containers, which is one of the first kinds of these homes on the First Coast.

The home is 1,600 square feet with two bedrooms and two bathrooms.

The story of what happened to his old home is displayed in a mural outside, painted by a famous graffiti artist called Cane.

“He’s telling the story of Irma, blowing the tree down, the tree falling on the house.”

The appeal of the architecture amazes eiPiazza and his neighbors, who have given positive feedback.

Building on top of an empty foundation was not as easy as it seems.

“There’s so many things to contend with, there’s so many decisions to be made, and I’m running my business at the same time so you get spread so thin you get afraid you’ll oversee or overlook something,” DePiazza said.

But DiPiazza is looking forward to the day he can call this house his home.

“I have a really good vision of what I want to do," he said. "Some things are on paper, but other things are fluid and will evolve as the space evolves."

The vision of this home was on paper for the longest time. With the containers stacked, DePiazza says he’s excited for the end of this journey. He hopes to move into his home in four months at the earliest.