"Trumpet Man," a regular at Seattle protests, posted a video on social media after the incident that hit national news. 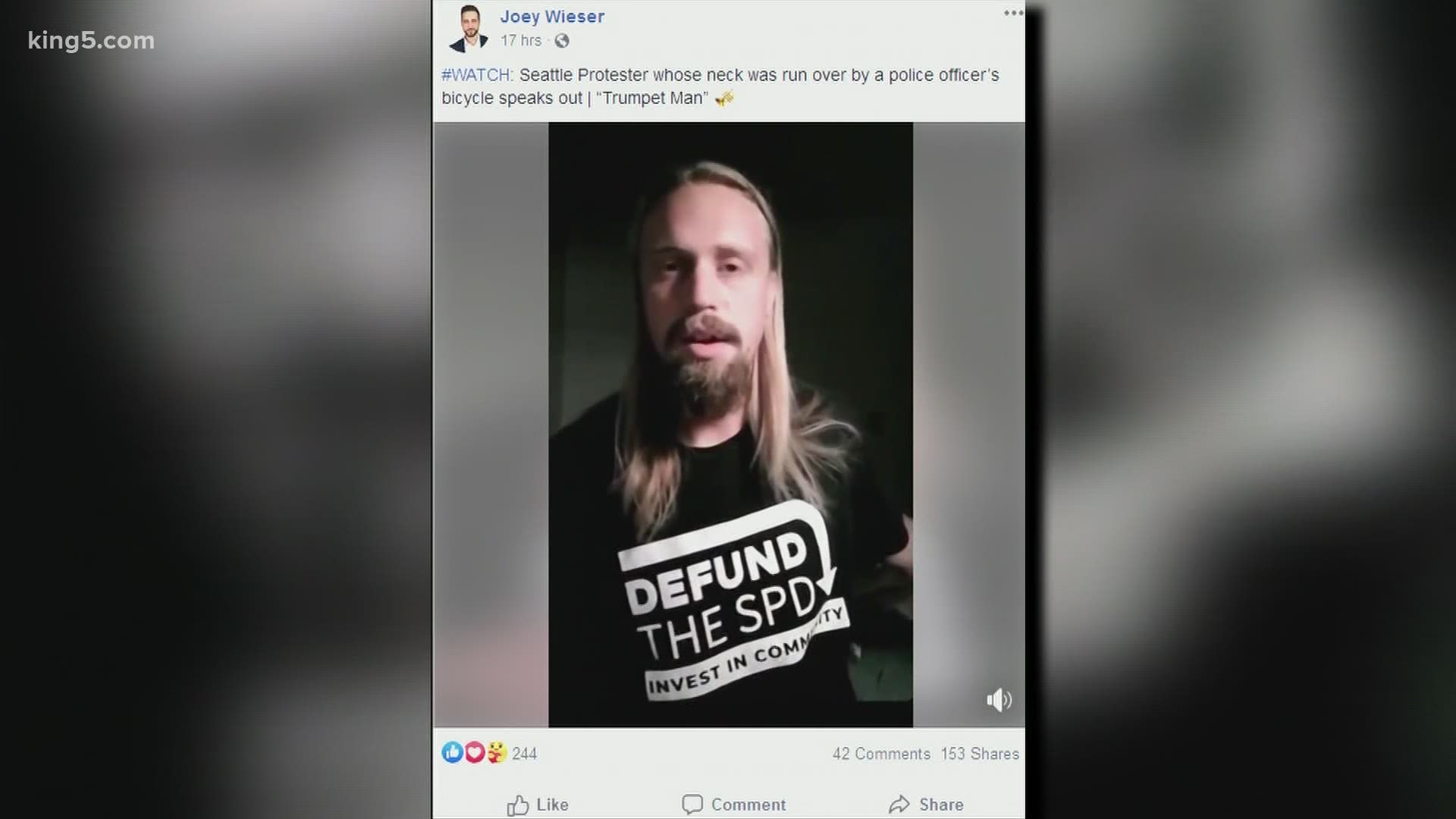 SEATTLE — Days after a Seattle Police officer was caught on camera appearing to drag a bike over the head of a protester lying on the ground, that protester spoke out on social media.

The protester is known as "Trumpet Man," a regular at Seattle's racial justice and defund the police protests over the last several months.

"They didn't know why I was on the ground. I could have been hurt or mentally ill or whatever," he said.

Trumpet Man was identified by activists and journalists at the scene of the Wednesday night protest, which occurred after a grand jury in Louisville, Kentucky, declined to charge police officers for killing Breonna Taylor.

“I didn’t even know anyone had caught that on film,” he said.

“Not only did (police) not check on me, but he rolled his bike over me and then the arresting officers, they actually did more damage than the bike thing,” he said in the video.

The protester said he did not receive medical attention and spent just four hours in jail overnight.

The city's top cop also spoke out after a weekend of protests that were marred by a string of violent acts.

RELATED: Police chief condemns protest violence: ‘This is not how Seattle creates change’

“The violence has to stop and we need every member of the community to demand this end, as well,” Seattle Police Department’s Interim Chief Adrian Z. Diaz said. “This is not how Seattle creates change.”

The officer seen dragging the bike has been placed on administrative leave. There is now a criminal investigation into the officer's actions lead by the King County Sheriff’s Office.

Trumpet Man said the incident left him relatively uninjured, with a sore neck after being run over and arrested.

“I got hit by a cop in a way that was bearable, and I got arrested and now that cop will almost certainly will be off the force,” he said.