The officer is on administrative leave. Video circulating on social media shows the officer rolling the wheels of his bike over a protester in Capitol Hill. 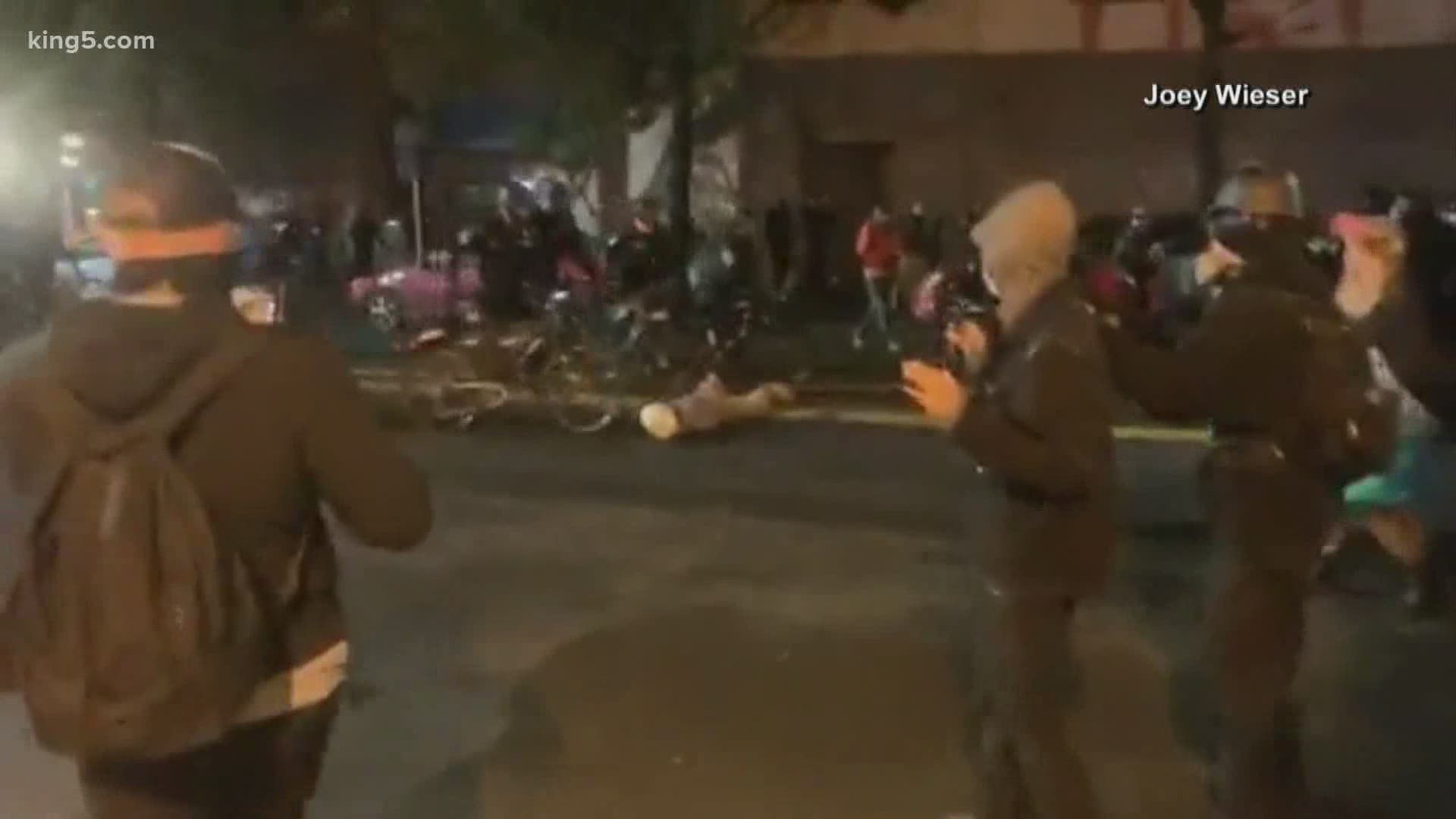 SEATTLE — A criminal investigation has been requested after a Seattle officer was seen on video rolling his bike over a person during a protest in Capitol Hill early Thursday morning.

In the video that is now circulating on social media, the officer is seen walking the wheels of his bicycle over a protester who was lying on the ground in the street.

The Seattle Police Department released a statement Thursday that said after it was made aware of this incident, it immediately activated the Force Investigation Team (FIT) to document and investigate the use of force.

FIT notified the Seattle Office of Police Accountability (OPA), which received over 30 complaints concerning the incident. The agency requested a criminal investigation be conducted.

The officer involved has been placed on administrative leave. The incident has been referred to the King County Sheriff's Office for a potential criminal investigation, said Seattle police.

At least 13 people were arrested Wednesday night into Thursday morning during a protest in Capitol Hill to demand justice for Breonna Taylor.

Protesters across the country are demanding justice after a Kentucky grand jury on Wednesday brought no charges against Louisville police for the killing of Taylor during a drug raid gone wrong on March 13.

Prosecutors in Kentucky said the two officers who fired their weapons were justified in using force to protect themselves when they were shot at by Taylor's boyfriend, who thought the officers were home intruders.

Instead, the only charges brought by the grand jury were three counts of wanton endangerment against fired Officer Brett Hankison for shooting into Taylor’s neighbors’ homes.

The other two officers involved, Sgt. Jonathan Mattingly and Det. Myles Cosgrove, were not indicted and remain on administrative reassignment. 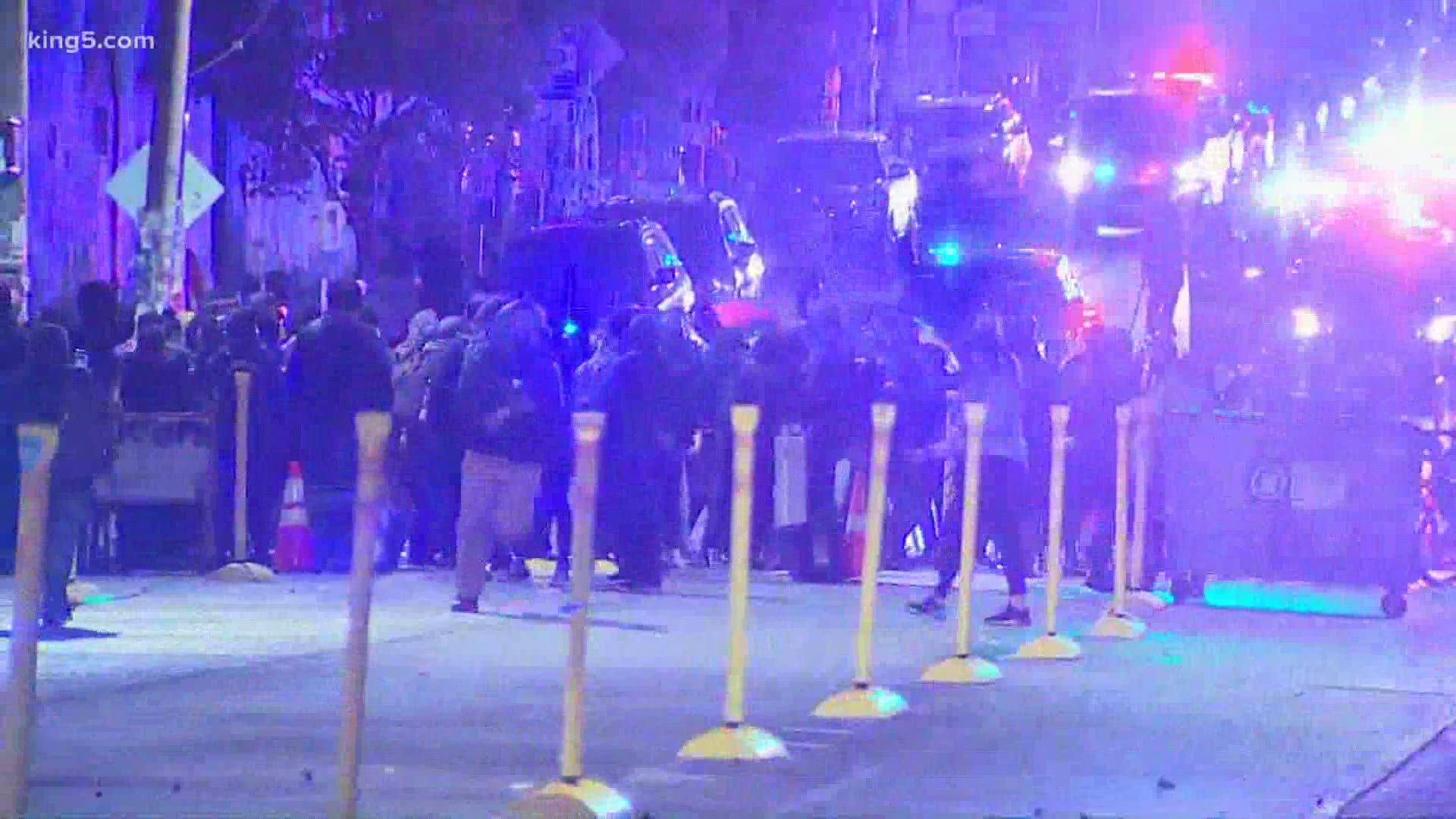