Governor Inslee's office says staffers are working with the Secretary of State to look at possible funding options. 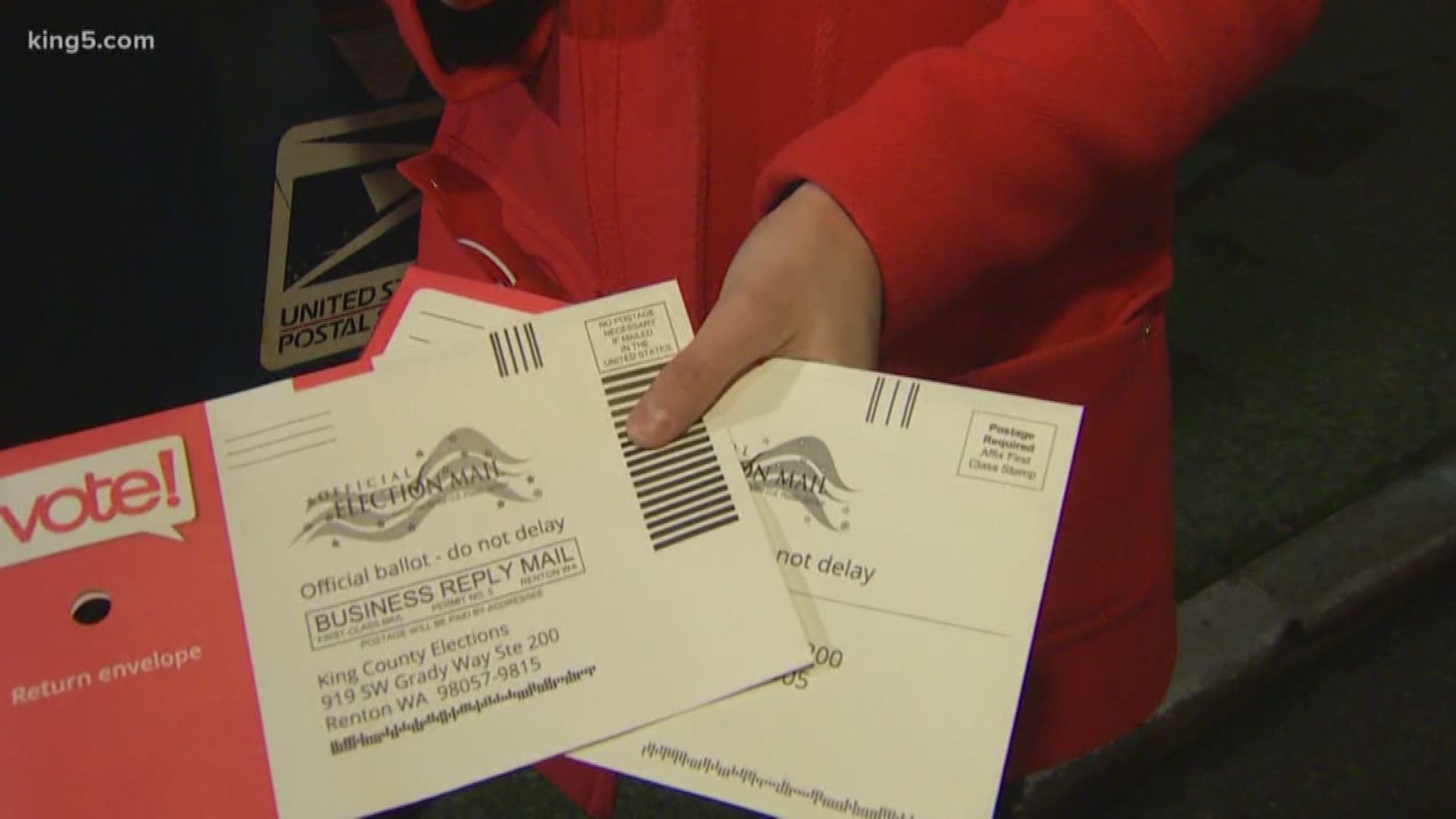 "I believe that we will see anywhere between five to ten percent increase in turnout," said King County Elections Director Julie Wise, who requested $381,000 to fund the program for 2018.

Wise tested her proposal in a pilot program last year and found a 6 to 10 percent boost in turnout during special elections held in Maple Valley and Shoreline.

She also argues that the program could potentially save money in the long run, if used in lieu of continually adding additional drop boxes.

However, Councilmembers Reagan Dunn and Kathy Lambert opposed the idea, worried it puts King County voters at an advantage over voters in other counties.

"It doesn't just impact us; it impacts other counties," said Lambert.

"My biggest concern with what's a really good idea which would hopefully increase turnout and participation, is we're doing it for a third of the state's voters," Wyman continued.

The Secretary of State's Office has asked Governor Inslee for up to $2 million in emergency funding for the prepaid postage for all 39 counties for 2018, with the hope that longer-term legislation could be introduced next year.

Governor Inslee's office says staffers are working with the Secretary of State to look at possible funding options.

"Emergency funds are very limited, both in the amount of funds available and the circumstances in which it would be used. Notably, emergency funds are allocated by the legislature on an annual basis and we work with what is allocated," said a spokesman in a statement.

"We don’t have $2 million in emergency funding available, and so the governor’s staff is looking into what options might be available for covering costs."