Gov. Jay Inslee said he could not continue to support the construction of a Tacoma LNG plant or a methanol production facility in Kalama. 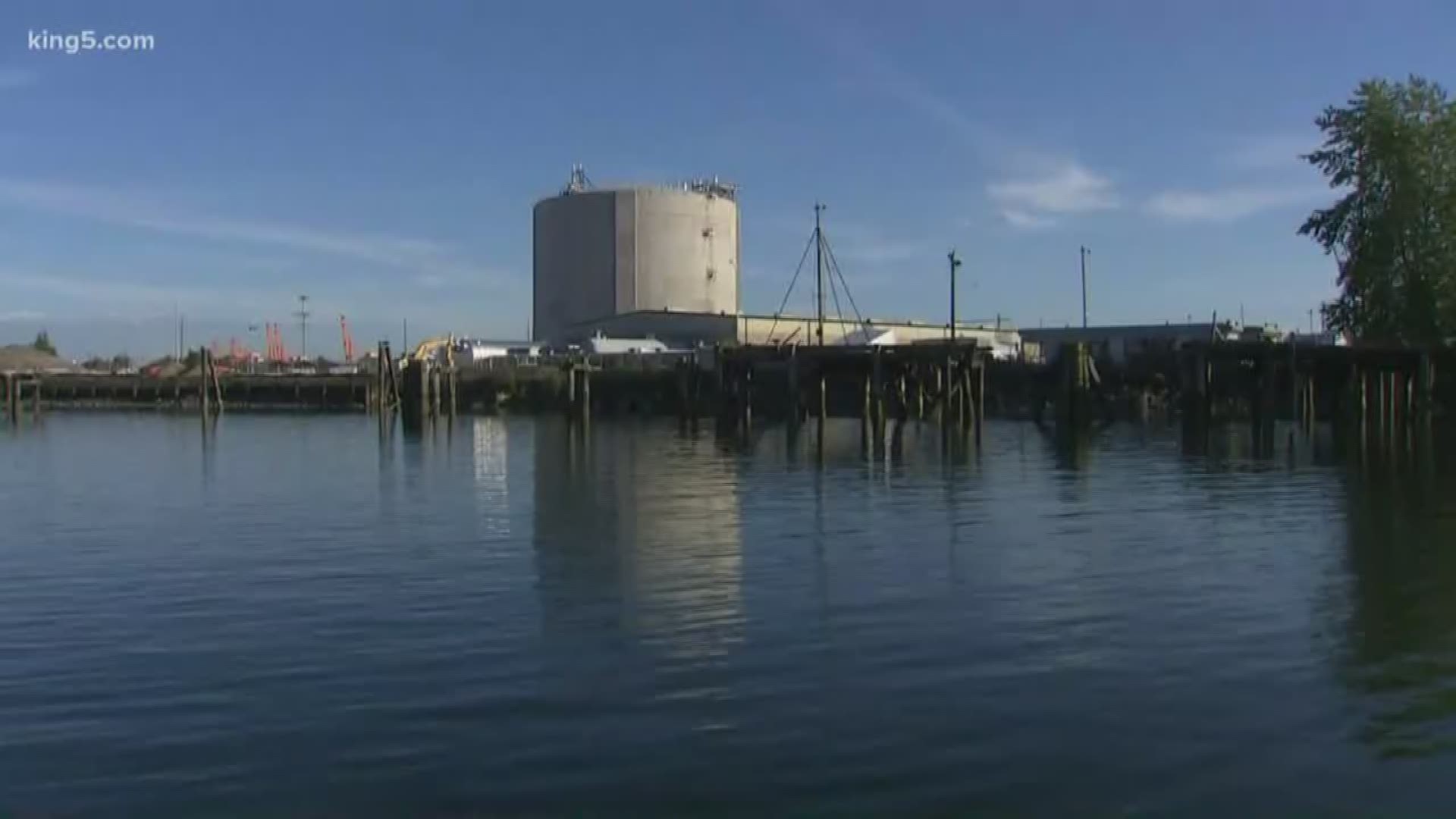 Governor Jay Inslee voiced his opposition against two natural gas projects under construction in Washington including one planned for Tacoma. Inslee made the announcement Wednesday while signing a bill banning hydraulic fracking for oil and natural gas in the state.

“I cannot in good conscience support continued construction of a liquefied natural gas plant (LNG) in Tacoma or a methanol production facility in Kalama,” Inslee said.

The announcement comes a day after Inslee signed a new state law establishing a mandate to provide carbon-free electricity by 2045.

"The accelerating threat of climate change and the emerging science on the damaging impacts of natural gas production and distribution mean we must focus our full efforts on developing clean, renewable and fossil-fuel free energy sources," Inslee said.

Early on Inslee said the projects could help reduce greenhouse gas emissions as the state transitioned to cleaner energy. However, he is “no longer convinced that locking in these multidecadal infrastructure projects are sufficient to accomplishing what's necessary.”

Puget Sound Energy (PSE) is building the $300 million LNG plant at the Port of Tacoma. In 2017, the Puyallup Tribe filed a complaint with the Puget Sound Clean Air Agency saying PSE was building parts of the project without a particular permit from the agency. 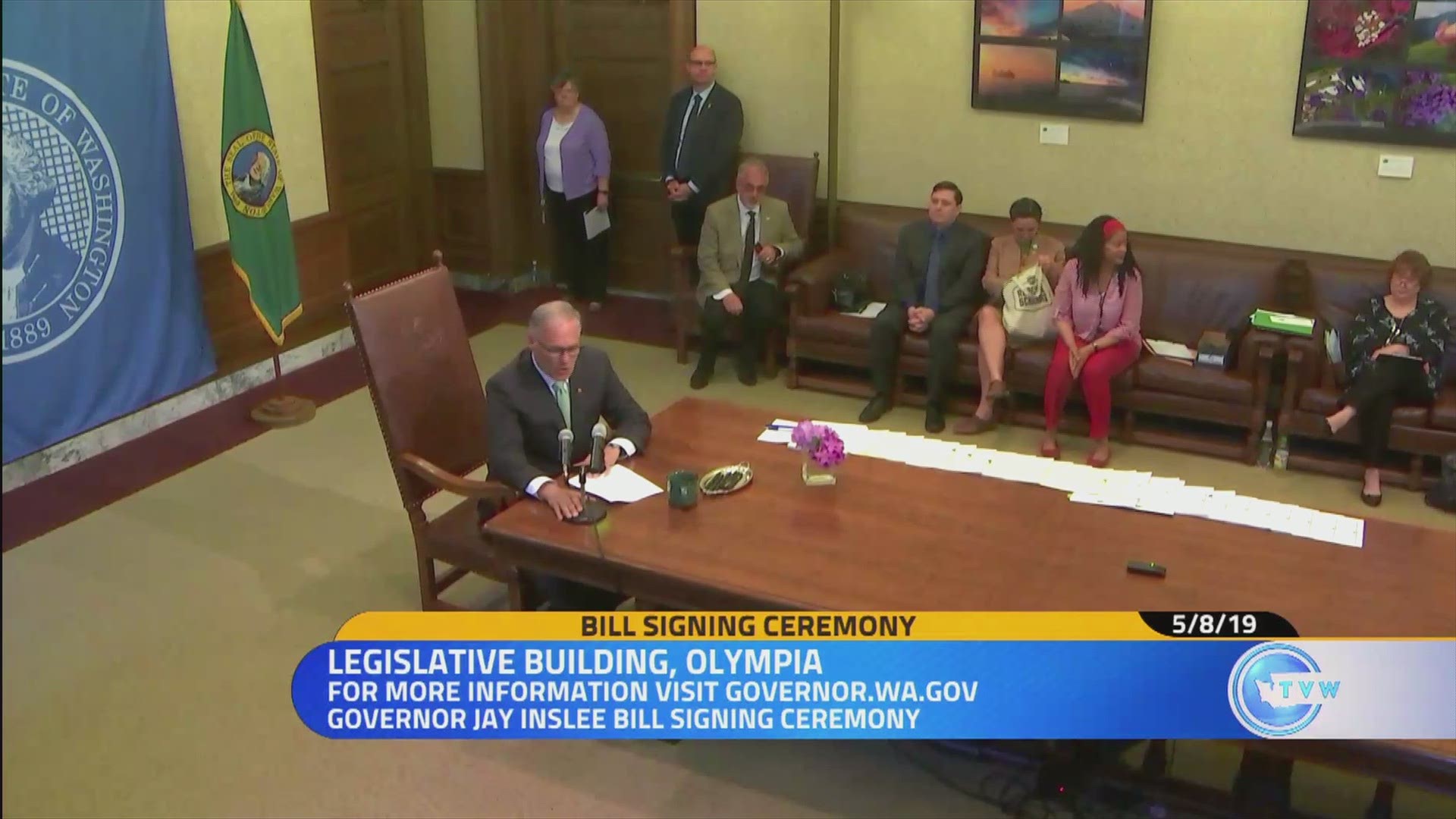 The Tacoma plant would receive natural gas and chill it to produce between 250,000 and 500,000 gallons of LNG daily. It would also store up to 8 million gallons of LNG on site before it's distributed for use.

“The science on this LNG project is clear. The climate impacts of natural gas extraction are 86 times worse than carbon dioxide for the life of this project,” said Melissa Malott, executive director of Tacoma nonprofit Citizens for a Healthy Bay.

Malott said the climate impact of the LNG project are worse than doing nothing.

“Moving forward with this project would be a mistake and would make the enormous task of addressing the climate crisis even more difficult,” she said.

Members of the International Brotherhood of Electrical Workers Local 76 have been working on construction of the LNG facility. In a statement to KING 5, Business Manager Tim O'Donnell said the union will not support Inslee for president or governor.

“He’s killing our jobs. The LNG plant fuel will be replacing bunker fuel. My workers breathe in bunker fuel all the time. He has no alternative in place. He threw us under the bus. We’re not happy with him at all,” O'Donnell said.

The Port of Tacoma said in a press release that they were disappointed to learn about Inslee’s position change on PSE’s LNG project.

“LNG represents a significant improvement over using bunker fuel to power the cargo vessels that travel vast distances and drive our economy. We appreciate the desire to move our economy beyond fossil fuels, but at this moment in history there exists no real-world alternative to fossil fuels for powering these vessels,” the port said.

The plant in Kalama would convert natural gas to methanol, which would then be shipped to China to make plastics and other consumer goods. The Port of Kalama leased the site of the $1.8 billion project to Northwest Innovation Works in 2014.

Environmental groups have opposed the project, saying it would release up to 1 million metric tons of greenhouse gases each year.

“It’s time for us to modernize and update the ways we weigh the costs and benefits of all fossil fuels, including natural gas. I’ll be working with agency directors in the coming weeks to discuss the way forward,” Inslee said.

“The Tacoma LNG facility will deliver the cleanest fuel choice possible today for shipping and transportation – one that multiple, local, state and federal government studies conclude benefits the climate, improves local air quality and reduces the chance of oil spills in Puget Sound – while helping ensure local families and businesses have safe dependable energy. We’ve been consistent in our work to deliver real, measurable environmental progress, including our decades-long track record in wind power, hydroelectricity, energy efficiency, electric vehicles and more, and know that science and fact continue to support this facility.”