Several groups are concerned that an LNG plant in Tacoma began construction without the proper permits. 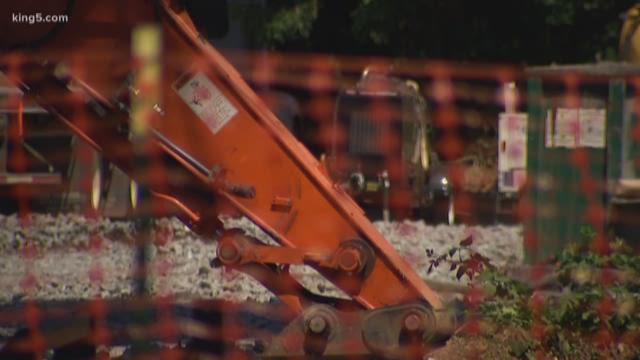 The Puyallup Tribe has filed a complaint with the Puget Sound Clean Air Agency about a liquefied natural gas (LNG) plant in Tacoma. The tribe said Puget Sound Energy was building parts of the project without a particular permit from the agency.

"I don't know if I would say common, but it’s not uncommon. It happens," said Steven Van Slyke, compliance director for the Agency.

Puget Sound Clean Air Agency did an investigation over the summer and found that PSE jumped the gun. The agency needed to know they were going to meet air quality standards first before PSE started pouring in the concrete.

"Based on that investigation we issued a notice of violation following that," said Van Slyke.

A spokesperson for Puget Sound Energy spoke on the permitting process saying, “We responded to that and completed a fulfillment of that notice. The whole permitting process isn’t cookie cutter. We’re going to be getting permits right up until this project opens in 2019. It’s a bit of a timing dance. It’s timing of having the appropriate permits in place for the work that is underway.”

The chairman of the Puyallup Tribe issued a statement on the continued construction of the plant:

“We the Puyallup Tribe of Indians cannot accept that the Puget Sound Clean Air Agency continues to allow construction of a liquefied natural gas (LNG) storage facility near our reservation. Installing a facility to store millions of gallons of volatile LNG fuel, Puget Sound Energy must be required to follow all permitting processes as by law ensuring that the City of Tacoma and its residents are safe. Such a large volatile facility located in a densely populated area with a possibility of a major catastrophe is not only unacceptable for our entire tribal membership, but for all the people in this region.”