After Sawant took the lead in a recent return of votes, Orion announced that he was conceding in the race to represent Seattle's District 3. 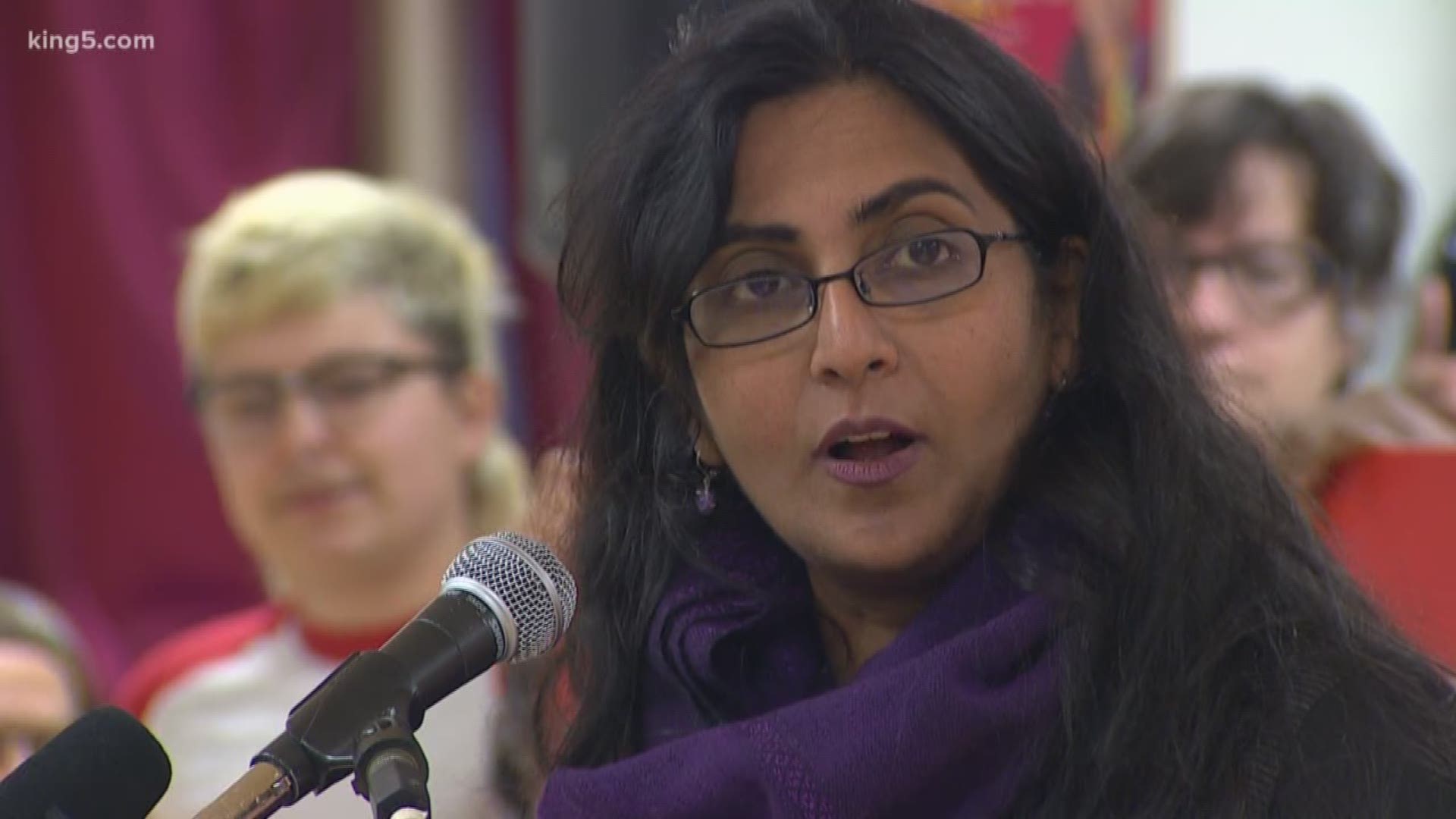 The returns for Seattle's District 3 race started off as a too-close-to-call.

After taking an approximate 1,500-vote lead over her opponent for the District 3 Seattle City Council seat, Kshama Sawant told supporters over the weekend that it "looks like our movement has won."

“Today, after the last batch of votes came in, it was clear that our big election night lead had been reversed, leaving us around 1500 votes behind our opponent. Clearly, this was not the result we wanted to see, but it leaves me with no other choice than to concede this election.”

There were 74,772 active registered voters in District 3 as of Nov. 5. A total of 44,446 ballots were returned, which corresponded to higher voter turnout than the rest of the city, according to the latest count. About 59.4% of District 3 voters cast ballots compared to 55% citywide.

Amazon donated approximately $1.45 million to the political arm of Seattle Metropolitan Chamber of Commerce – the Civic Alliance for a Sound Economy (CASE). Deborah Juarez was the only city council incumbent to be endorsed by the group.

The general election results are a "repudiation of the billionaire class," Sawant told supporters on Saturday. They are also a repudiation of "corporate media," she added, specifically citing The Seattle Times' editorial board, which used ink to "spread lies, distortion and misinformation."

"Yes, it was close with the unprecedented amount of corporate cash dumped against us," Sawant said.

She continued, "But in another sense, it was not close at all."

Sawant historically garners a large percentage of the later votes. That remained true through the fifth round of ballot results as she pulled ahead of her opponent.

Sawant is running to be the longest-serving member of Seattle City Council. A Socialist, Sawant touts the city’s $15 minimum wage, renter protection laws, and work to save The Showbox music venue as some of her accomplishments.

Orion has run two small businesses and organized PrideFest Capitol Hill and Seattle Center. He previously worked as the head of the Capitol Hill Chamber of Commerce.

“As I’ve done for over a decade now, I will continue to work building community in District 3. I haven’t given up, and neither should you. Thanks to all my staff and volunteers for their dedication to this campaign. Thanks to the fifteen unions who supported us. To the countless small businesses who joined us. And thanks to all of you who gave your time, money, and your voice to support my candidacy. I owe you all a debt of gratitude. And I’ll be right there in the fight with you every day to make sure we have a city that works for ALL of us," Orion said in his statement.