Secretary of State Kim Wyman said foreign hackers have tried, and failed, to get past the state’s firewalls since 2014. 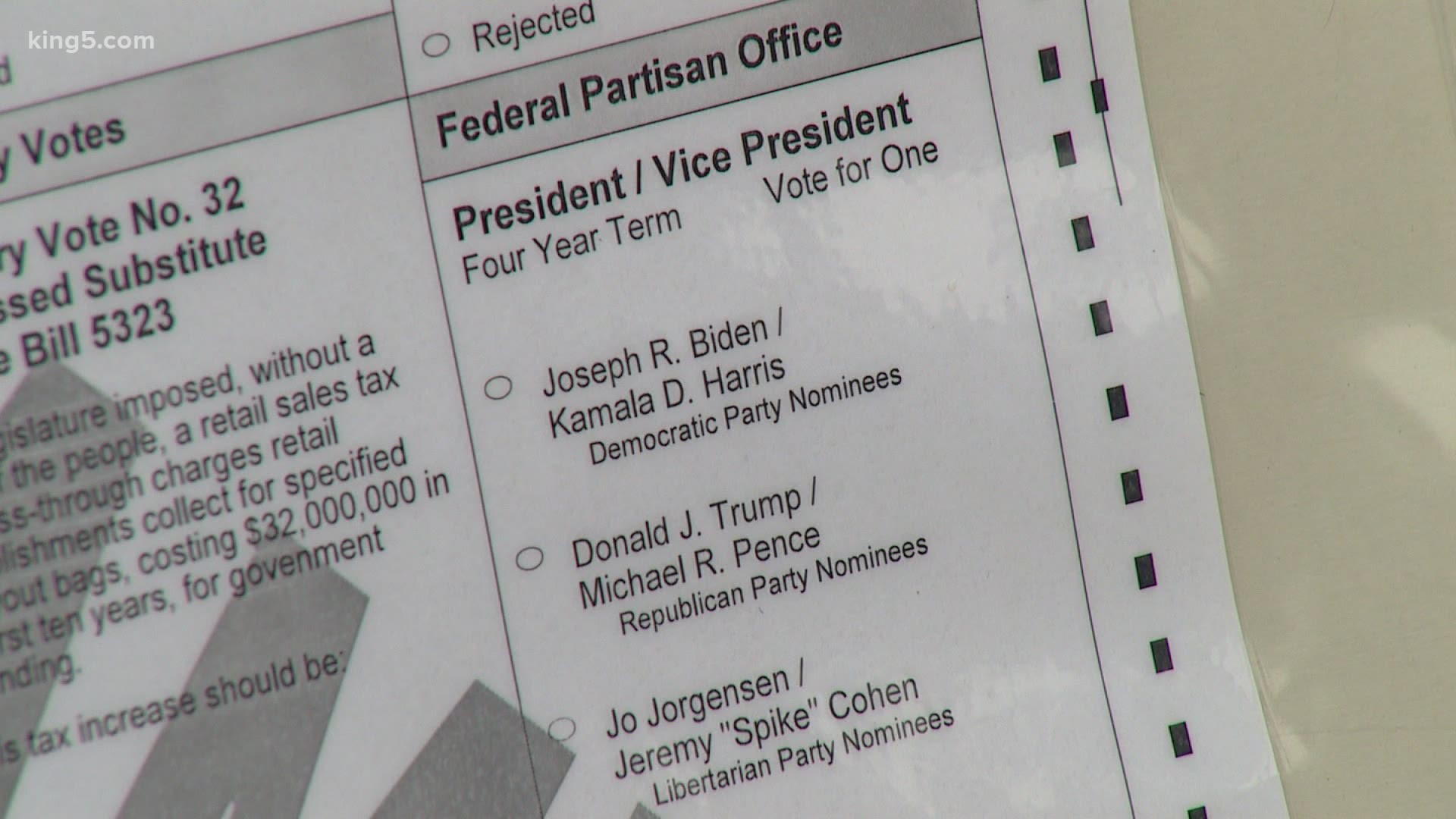 But they may have succeeded in raising more doubts about the integrity of November’s election.

"They want you to believe, as a voter, the election system is broken," said Wyman.

The Republican, who heads up the state’s elections department, said foreign hackers have tried, and failed, to get past the state’s firewalls since 2014.

The FBI Wednesday said foreign adversaries had succeeded in getting some personal information from voter registration databases. Which voters or states may have been hacked was not released.

Thurston County Auditor Mary Hall has had to make changes to her elections office because of COVID-19, but said security remains a top priority.

"I think people can rest assured that we are not being infiltrated," said Hall.

She said it takes more than personal information for someone to falsify a ballot.

"We verify the signature of every single ballot envelope that comes in against the signature we have in our voter registration file," said Hall. "Our signature verifiers are trained by the Washington State Fraud Division and they take the training every single year."

In response to the alleged attempts, Gov. Jay Inslee said that while efforts by "nefarious actors to meddle in our elections" are not new, Washington state has a system in place to secure voter information.

"The Secretary of State's Office has informed me that there is no indication voters' information has been compromised," he said. "If you receive a threatening communication, report it to your county or state elections officers, but rest assured your right to vote and your right to privacy are both protected in our state's elections systems. You can even go online to track the status of your ballot after you mail it or place it in a drop box.

"Our democracy is resilient. The best way for Washingtonians to respond is to vote and make their voices heard.

"We will remain vigilant for any credible threats to voters in the future, but remain confident as ever in the integrity of our elections system and the safety of voters in exercising their rights."