Laserfab, Inc. has been creating many of the ballot boxes you use in Washington state for a decade. 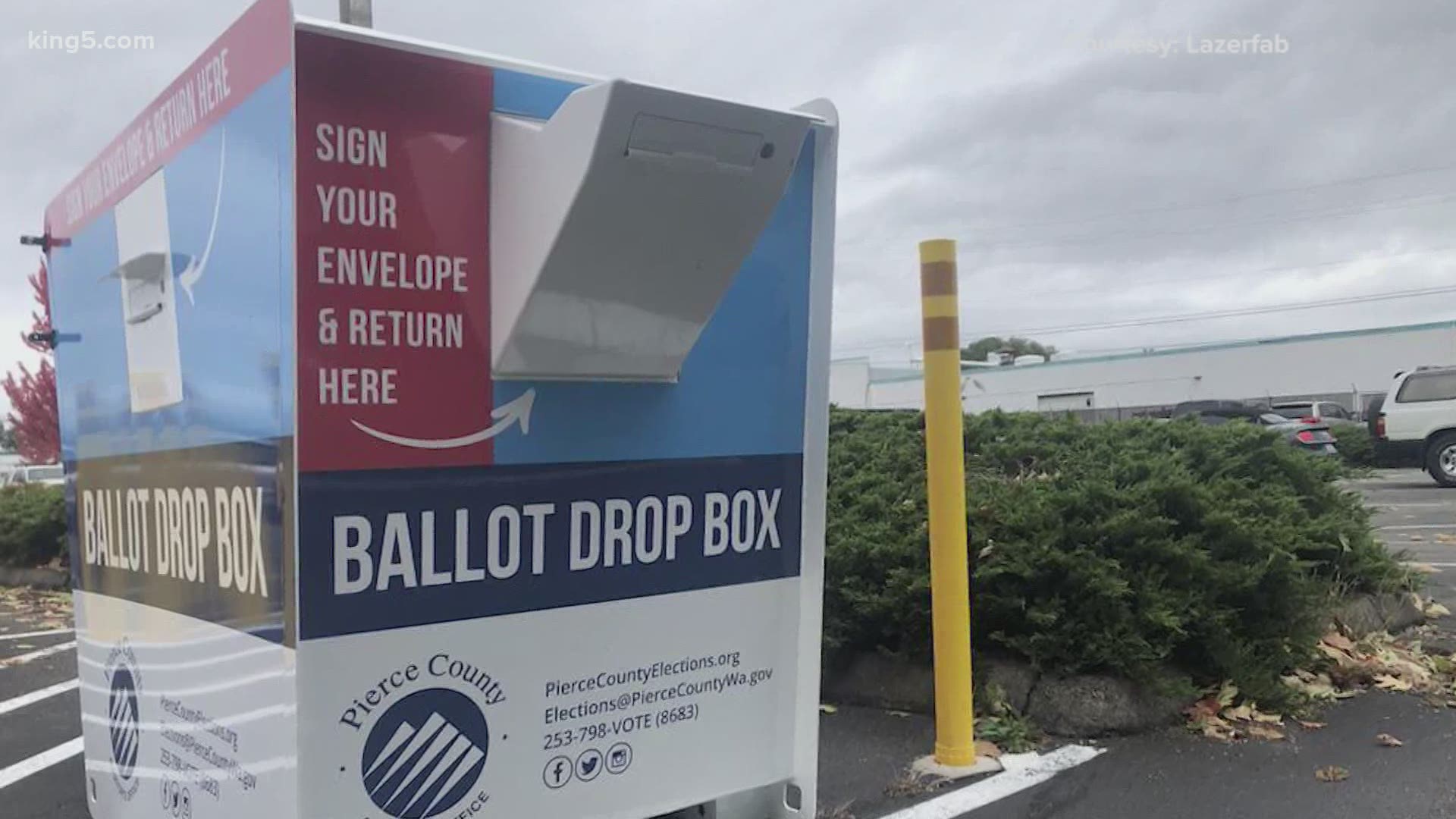 PUYALLUP, Wash. — Larry Olson of Laserfab in Puyallup says they never intended to get into the ballot box making business, but it was an easy choice when Pierce County election officials asked them to replace old ballot boxes 10 years ago.

That was in 2010. Since then, their ballot boxes have reached King County and beyond, even as far as Honolulu, Ohio and Virginia.

Olson said they’ve been busy during an election year with record voter turnout, both locally and nationwide.

The drop boxes are much more than just a big metal box, Olson said.

“Everything is about the security of the process," he explained.

Olson said each county has different requests for security measures like cameras, fire suppressants and more.

“We've done everything possible in conjunction with the counties to minimize the opportunities for tampering,” said Olson.

“We order locks and keys that are unique to each county,” said Olson. “So, you know, no two counties across the country will have the same locks and keys.”

A local company playing a major role in keeping your ballot safe and secure. Olson said they’ve made nearly all of the ballot boxes currently used in King and Pierce counties.

“Most of the people here actually vote in the boxes that they've made,” he said.

Olson said he’s proud of the work his team puts out and wants people to know they’re committed to protecting your vote. He also credits the election officials who he said are vital in ensuring a fair and safe election.

“This is their passion, they, you know, that that's what they're here for is because they care about the voting process,” he said. “And we're very proud to be part of that.”