Democrats pick up seats in State House, Senate after elections

Democrats picked up at least one seat in the state Senate and could gain at least six seats in the state House if current leads hold. 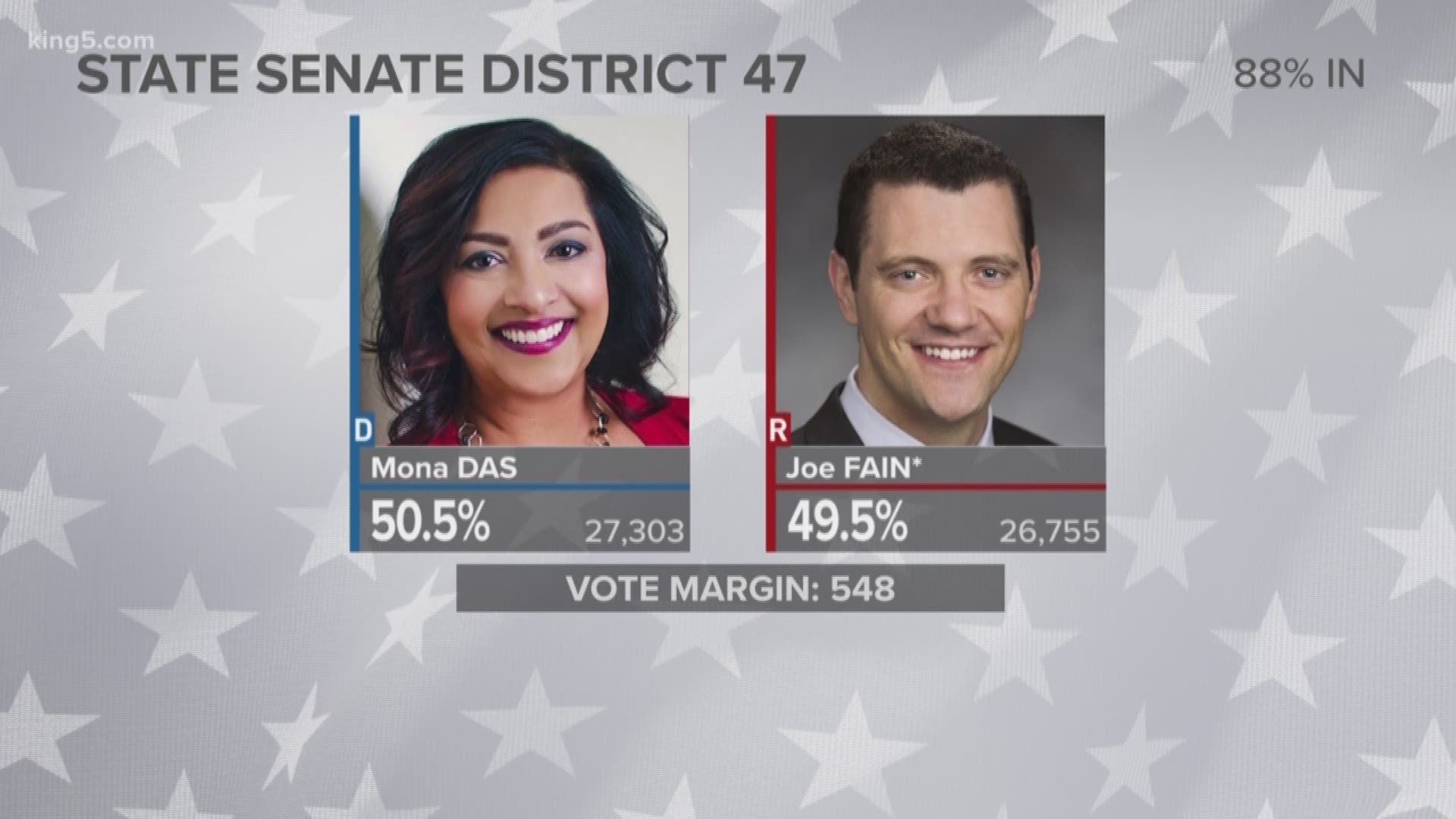 Washington Democrats will expand their majorities in Olympia heading into the 2019 legislative session, but the final margins are not yet known. Several races are still too close to call. However, Democrats are on track to pick up at least two seats in the Senate and seven seats in the House.

Republican incumbent Joe Fain conceded to Democratic challenger Mona Das Friday night in a significant upset for the 47th District. Fain led on election night by 274 votes, but Das picked up votes in the later returns.

The balance of power heading into election night was 25-24 in the state Senate and 50-48 in the State house.

Here are the major changes as of the latest results Friday afternoon.

Randall had led since election night, heading into Friday more than 500 votes ahead before Pierce County posted, giving McClendon the edge.

This seat is open since Republican Jan Angel announced her retirement earlier this year.

Randall also raised the most money of all state legislative candidates topping $600,000. More than a million dollars were raised in independent opposition spending.

Republican incumbent Mark Miloscia has conceded to Democratic challenger Claire Wilson, a Federal Way School Board member. Wilson had captured 53.8 percent of the vote as of Thursday.

This seat nets Democrats at least one gain in the senate.

Republican incumbent Doug Ericksen, also the former Trump campaign state chair, is fighting to hang onto his seat, leading by just 72 votes over Democratic challenger Pinky Vargas. That puts the race in recount territory. The Secretary of State's Office says the slim margin will trigger a manual recount.

In a significant upset, Republican incumbent Joe Fain conceded to Democratic challenger Mona Das Friday night. For the past three days, Das has picked up votes in the later returns and now leads by 548 votes.

Fain led on election night by 274 votes and won the August primary by seven points. However, since September, Fain has faced an allegation of rape from 11 years ago that surfaced online during the hearings of Dr. Christine Blasey Ford who accused Justice Kavanaugh of sexual assault.

“The Senate has grappled with an appropriate institutional response,” Nelson and Schoesler said in a statement Thursday. “The allegation pre-dates Sen. Fain’s time in the Legislature and therefore falls outside standard procedures for an allegation of this nature."

It's unknown whether this investigation will move forward, after Fain lost his seat.

This was an open seat, since Republican Jay Rodne announcement he’s retiring from the position.

This is an open seat race since Jeff Holy ran for the district’s Senate seat. Despite a close primary race, he’s won the seat by nearly 10 points.

Republican incumbent Jim Walsh, who was elected in 2016 when Grays Harbor went for President Donald Trump, is now trying to hang onto his seat, currently leading by just 136 votes over Democratic challenger Erin Frasier.

The Grays Harbor portion of the four-county district is currently trending blue.

Republican incumbent Luanne Van Werven maintains a narrow lead in this race of a little more than 131 votes. She’s facing a challenge from Democrat Justin Boneau, a first-time candidate and Navy veteran. This race could also be headed for a recount.

KING 5 has called this race for Shewmake.

KING 5 has called this race for Entenman, because there are not enough votes left for Hargrove to make up the gap. 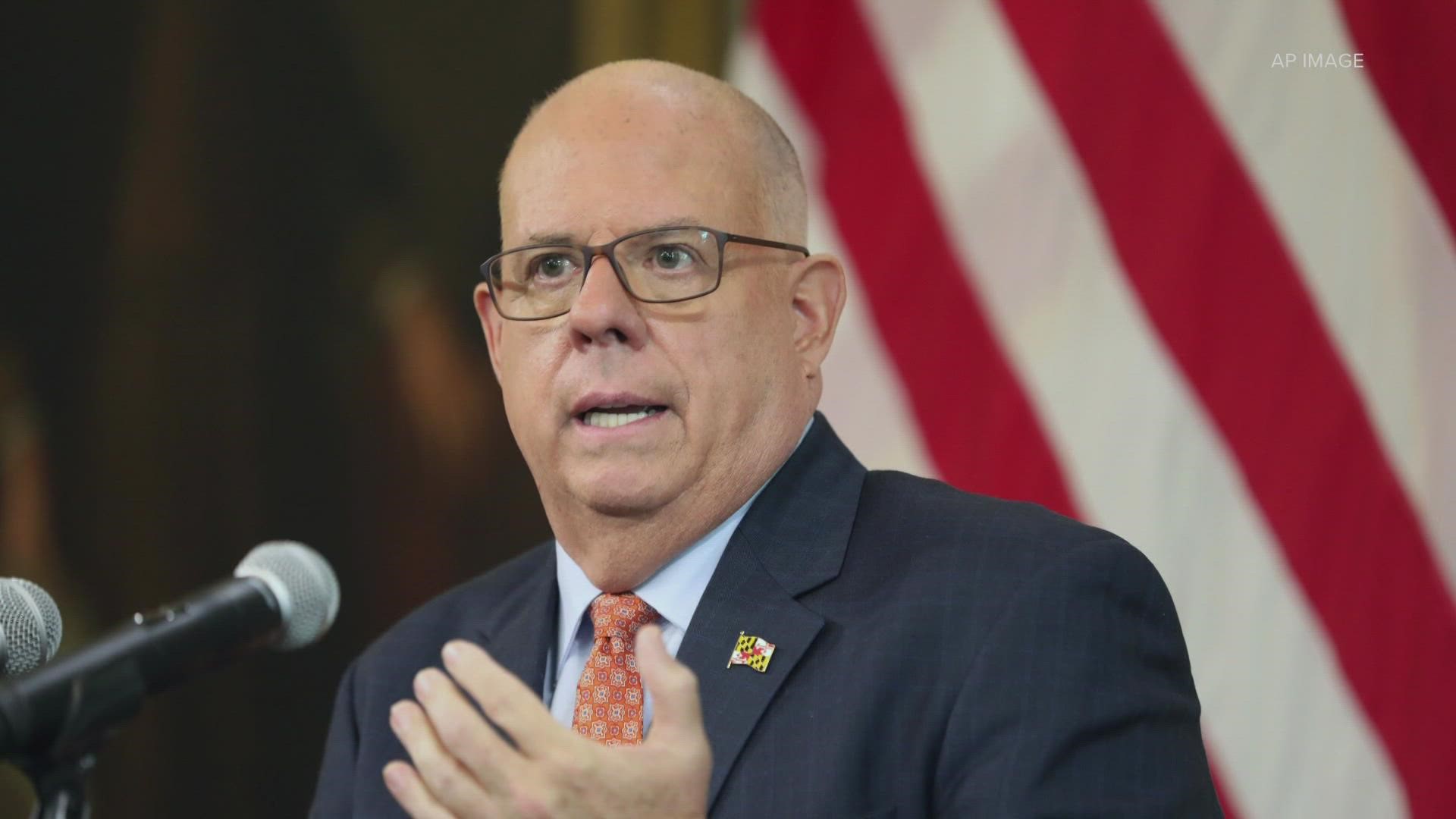