A Seattle woman claims she was raped by state Senator Joe Fain more than a decade ago, but explains why she is not interested in pressing charges. 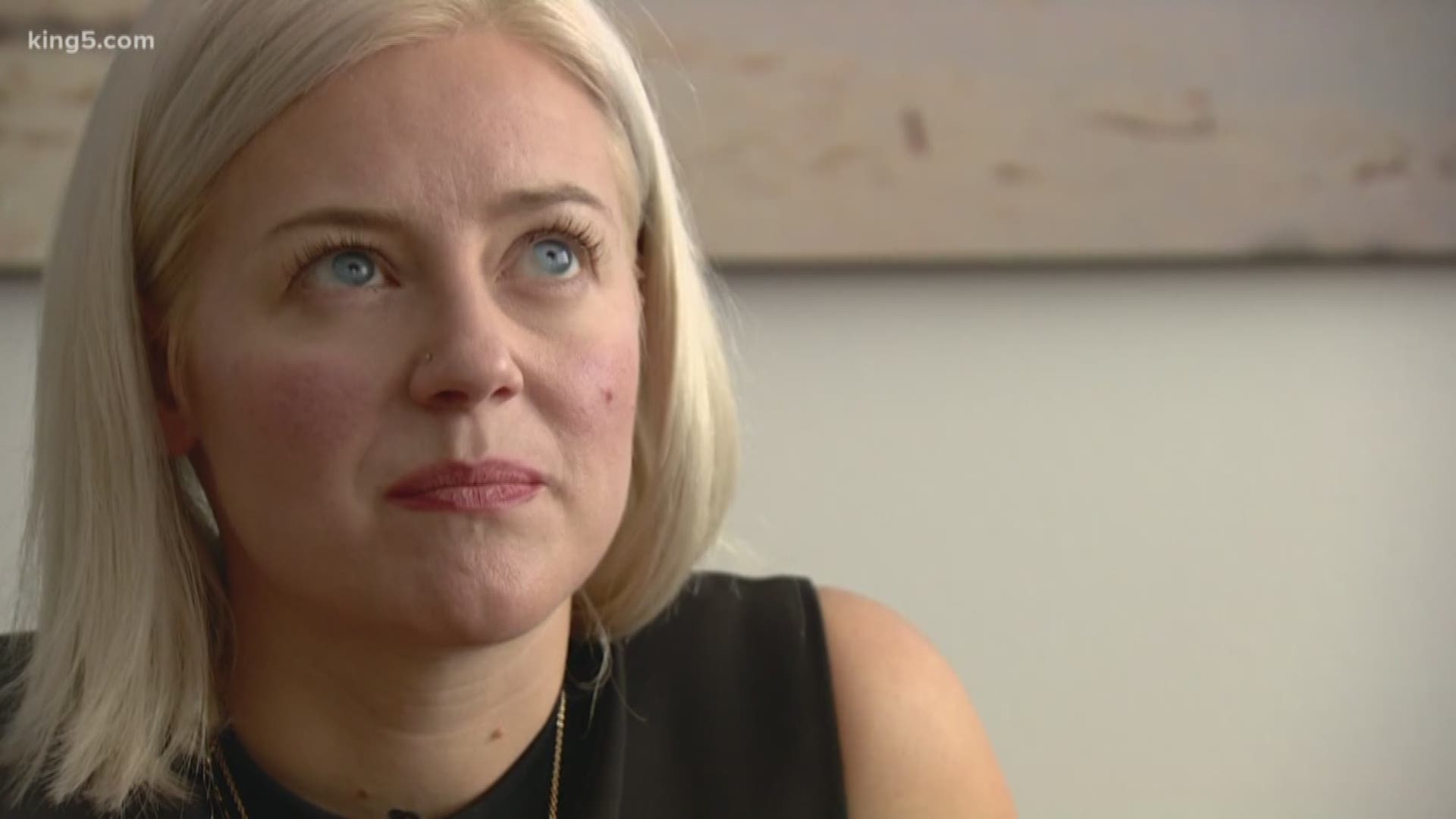 On the heels of the Kavanaugh hearings, a Seattle woman claims she was raped by a state lawmaker. That man, Republican state Senator Joe Fain, vigorously denies her accusation.

In her first televised interview, 35-year-old Candace Faber describes what happened, and why she doesn't want to press charges. The alleged rape happened more than a decade ago before Fain was elected to represent the 47th district in the state Senate.

"The moment I pushed send on that tweet I felt something like I was hopping onto some wave," Faber said.

Her tweet naming Fain as her alleged attacker was posted just after 4 p.m. on September 27. Faber said it was motivated by her seeing senators question why Dr. Christine Blasey Ford didn't come forward sooner with her allegation that Supreme Court nominee Brett Kavanaugh assaulted her decades ago.

WATCH: Fain accuser on why she named him 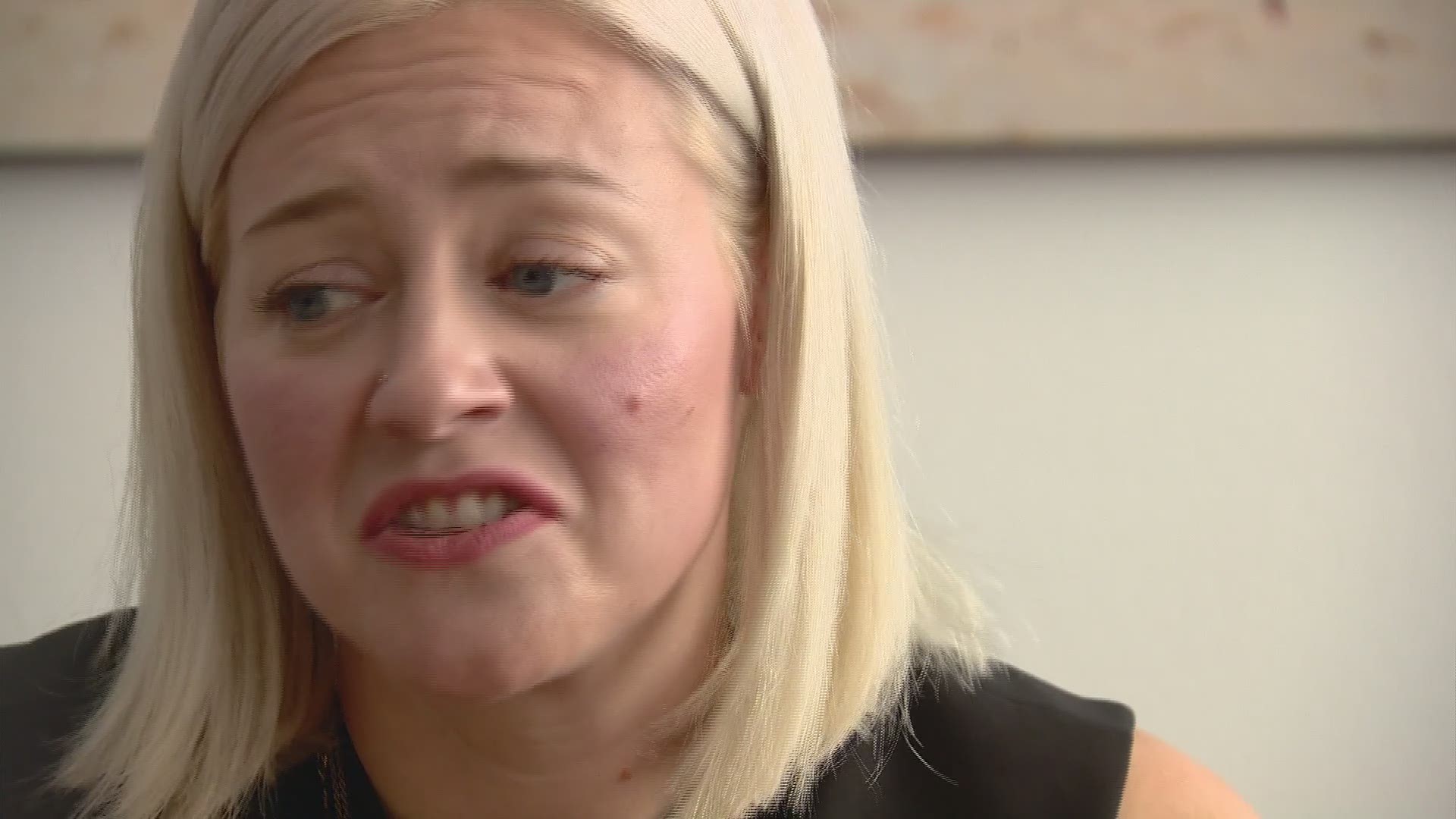 Faber shared a collection of photos from the time of the alleged incident. She was 23-years-old, then with red hair, and had just finished her Master's degree of Foreign Service at Georgetown.

Faber, now a strategy consultant, said she and her parents met Fain at a congressional mixer a few days earlier. It was three years before he was elected to the state senate.

"When I met Joe Fain, I thought he was exactly the kind of person I would like to date," she said. "He's a lawyer, I think, that was my memory is that he was a lawyer, he was tall, conventionally attractive, when I met him he met my parents. My parents like him. My dad was asking questions who was that nice young man. He was a Republican." 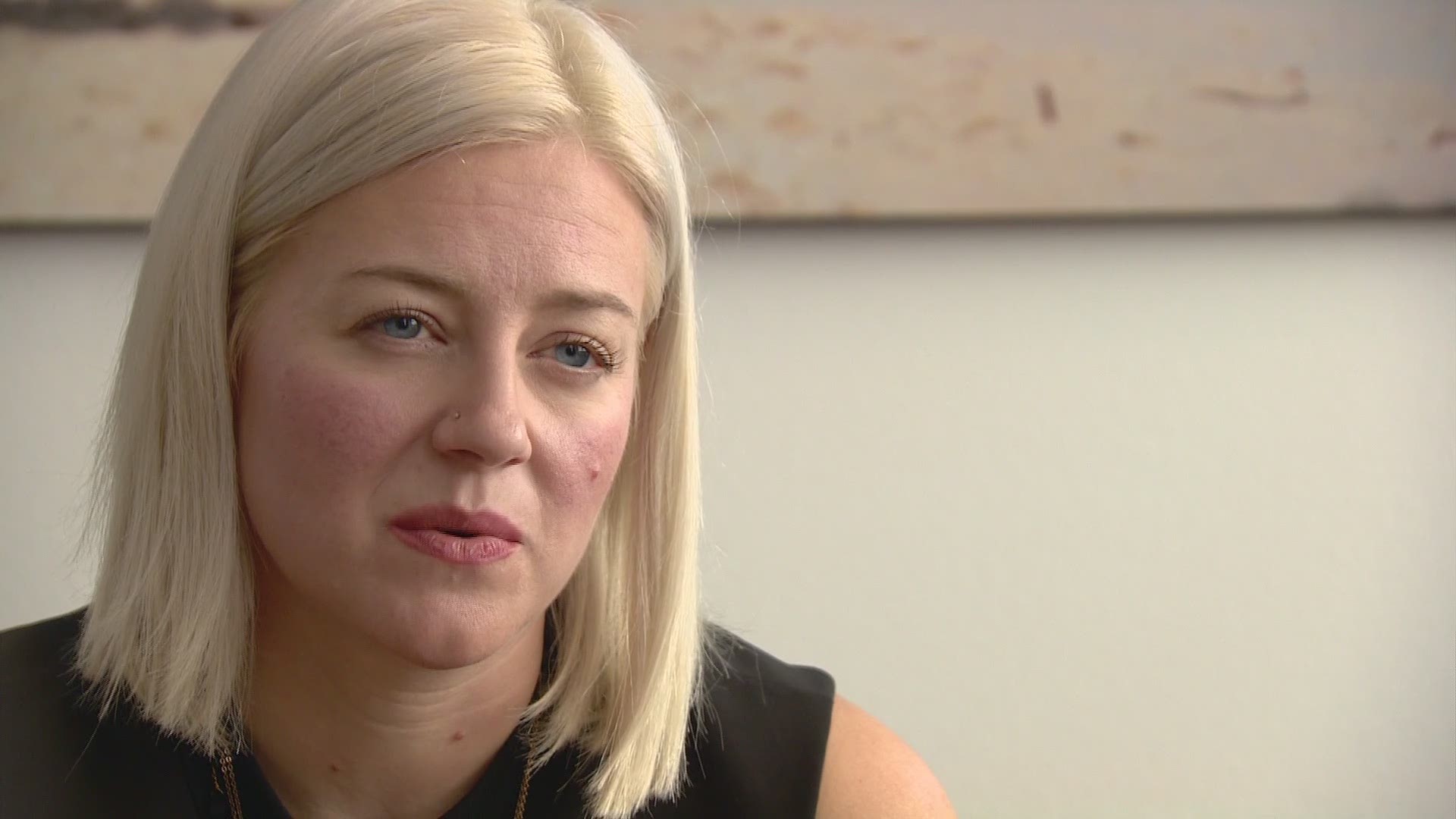 Faber said she invited Fain to a nightclub to celebrate her graduation with her friends. She kissed him willingly at the club but claims Fain bought a lot of drinks and started to appear incapacitated.

According to Faber, when they got to his hotel room he raped her.

Faber posted an account of the alleged rape, in graphic detail, on a blog months ago without naming her assailant.

After the attack, Faber said she found herself helping Fain pack for his trip home to Washington state before asking for a kiss goodnight. She still struggles to understand why she did it.

"I can't psychoanalyze myself but he ordered me to pack his bags and I did," she said. "I remember asking him where his things were. I remember opening up the armoire in his hotel room, and I remember going into his bathroom and packing all of his toiletries except for his toothbrush because he just puked and I thought he would need it."

WATCH: Fain accuser on how she’s doing after speaking out 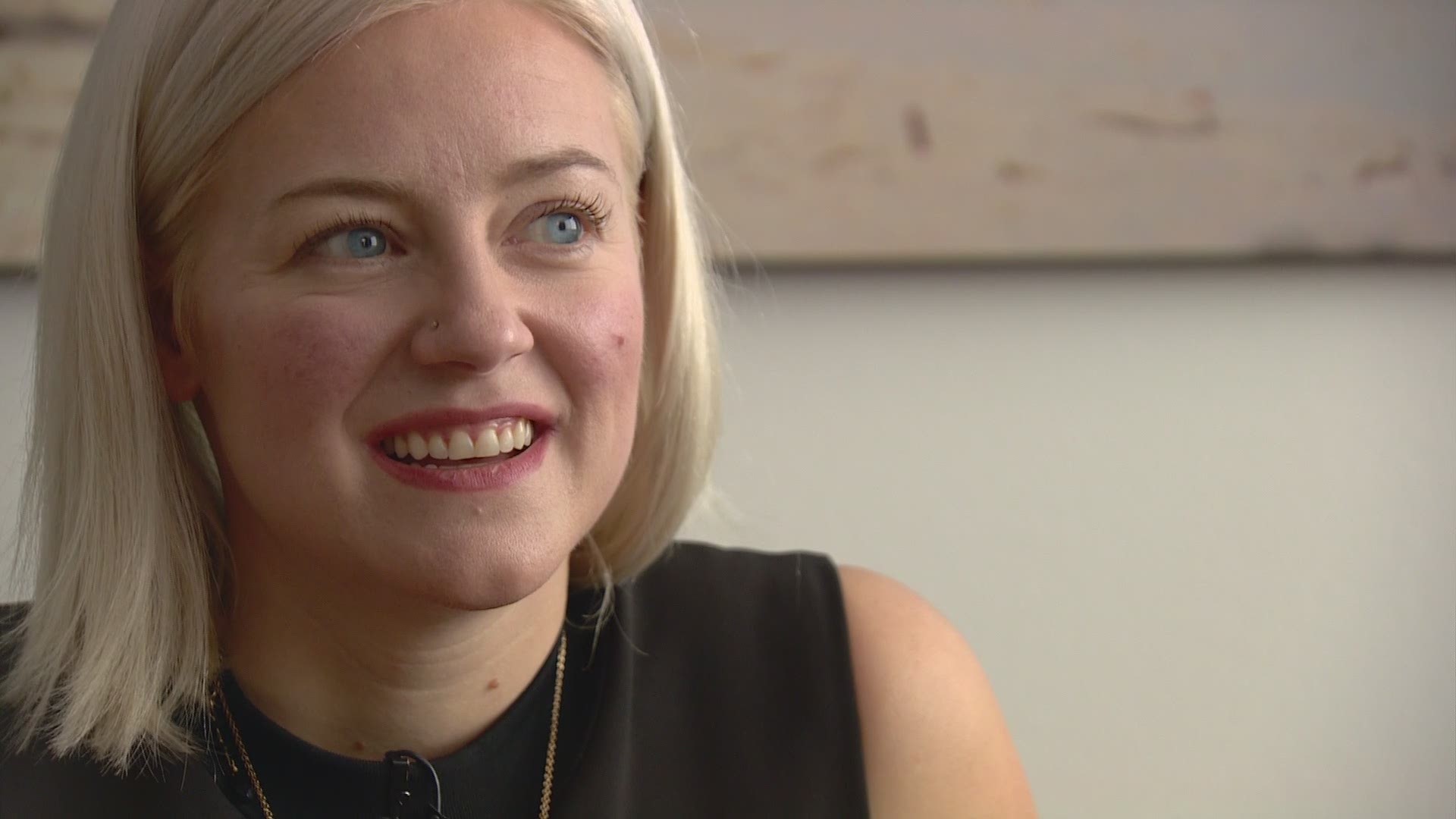 In a statement to KING 5, Fain denied he assaulted her. He said, in part, "I was shocked to learn that I was being accused of the conduct she has described as my memory of the events do not coincide with her allegations."

"I am not discussing the specific facts in order to protect the integrity of whatever investigation or process may follow," he said in his statement.

Faber didn't tell her parents what happened for two years. Her mother, Laura Lee Faber, said her daughter told her about what happened in 2009.

She said she and her husband encouraged Faber to tell police, but Faber feared it would ruin her career.

"I would be interested in some sort of path forward that leads to healing for me and for him and for anyone else touched by this issue. Because we can't jail them all," Faber said.

WATCH: Fain accuser on why she isn’t pressing charges 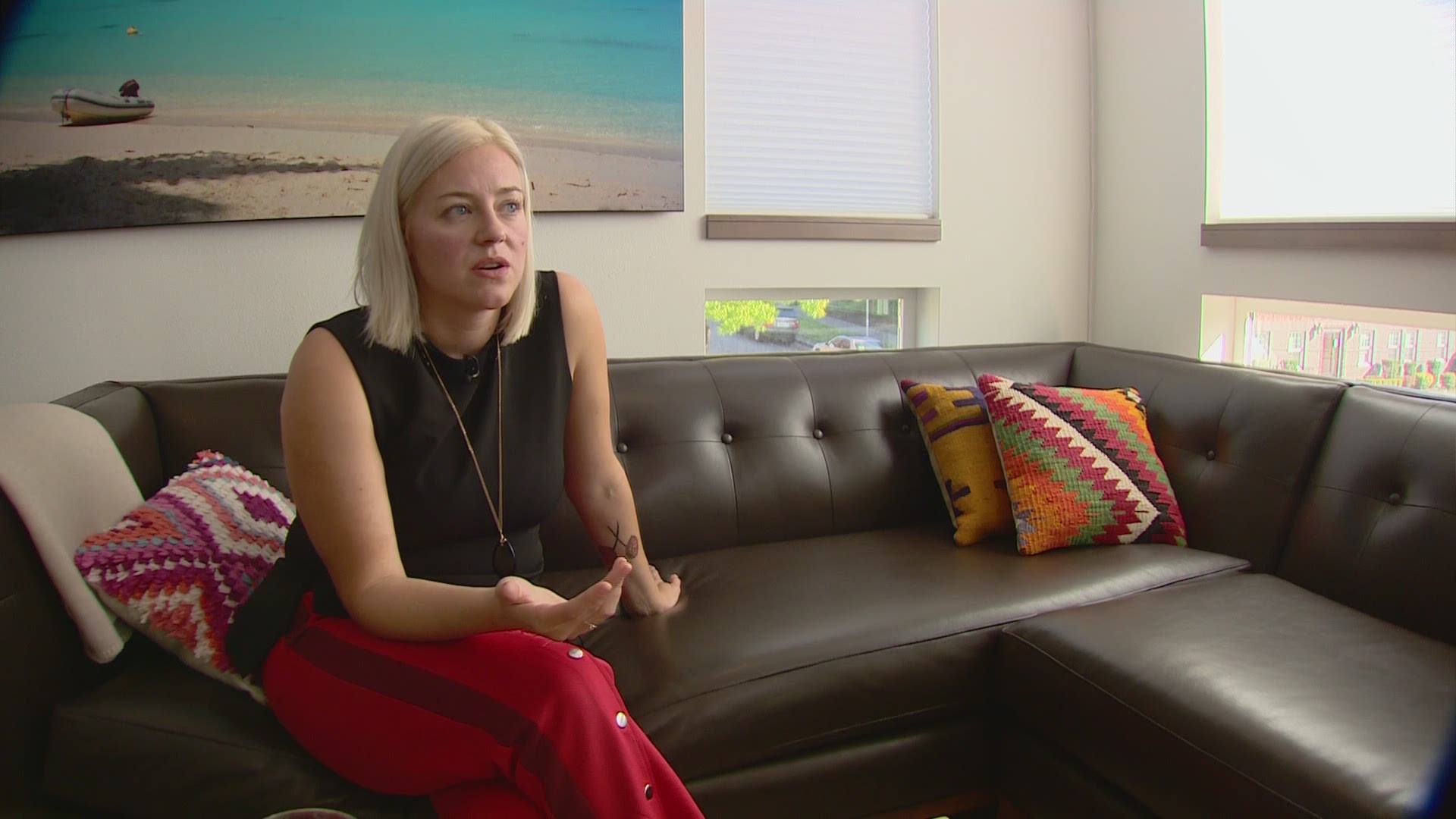 Faber said she didn't receive counseling for the alleged assault for more than six years. In 2017, she was diagnosed with an acute, trauma-induced mental illness. One positive outcome from treatment was that she began to share more openly with her colleagues about the alleged rape.

The statute of limitations for rape in the District of Columbia is 15 years. But the Metropolitan Police Department in Washington D.C. said they would not conduct an investigation unless someone files a report, and so far, no one to their knowledge has.

So while Fain and other lawmakers call for an investigation, at this point, it does not look like one is happening.