As the mob scenes of Trump supporters rioting at the U.S. Capitol unfolded, so did conversations about another familiar scene -- from Black Lives Matters events. 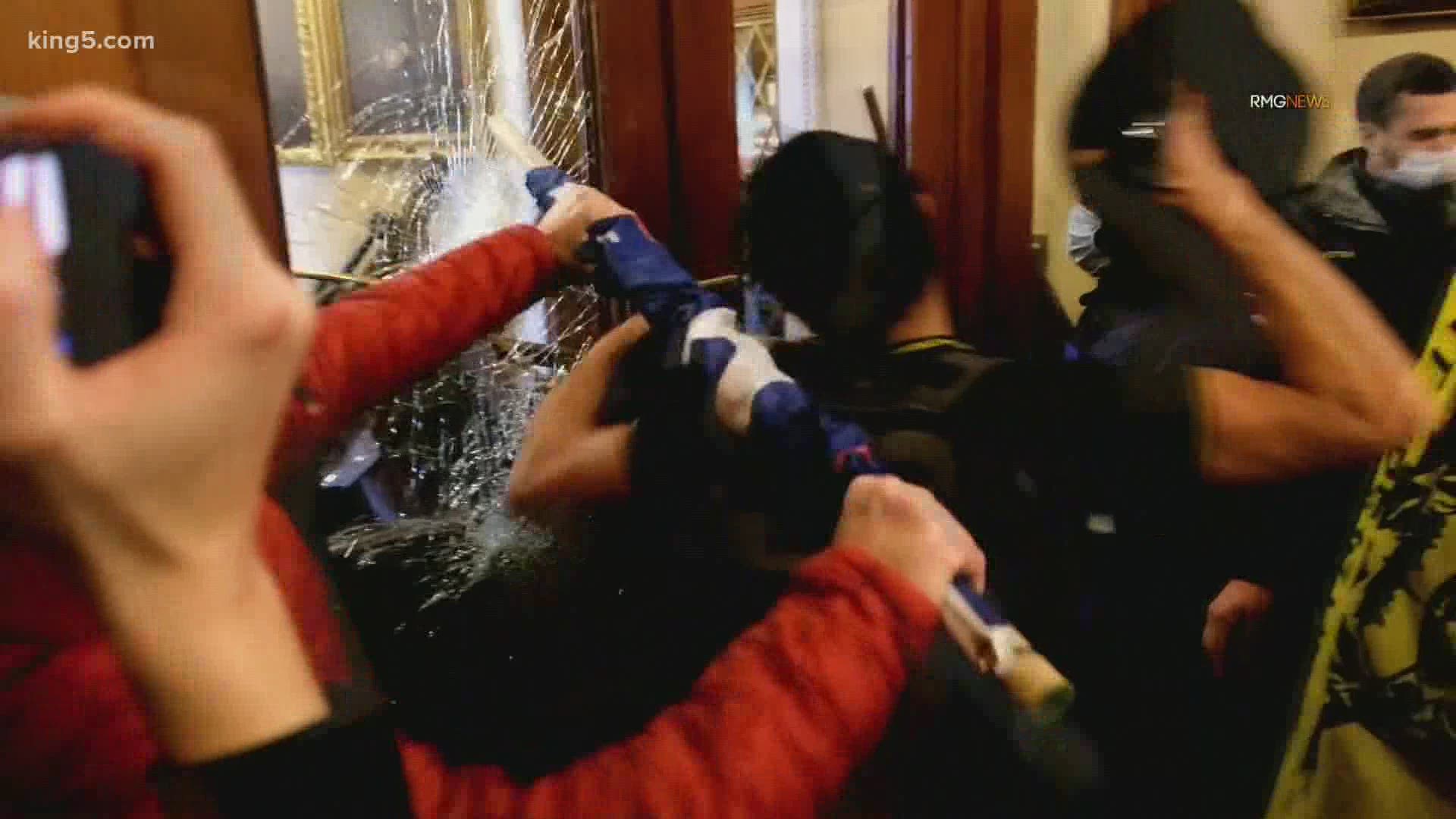 As the mob scenes of Trump supporters rioting at the U.S. Capitol unfolded, so did conversations about another familiar scene -- this one from last summer.

While demonstrators participated in protests for racial justice, law enforcement often clashed with protestors. The way police handled protesters over the summer was largely criticized.

Democratic California Rep. Maxine Waters slammed the handling of the security response on Twitter saying, "What would have happened if Black Lives Matter resorted to the kind of violence the proud boys, the kkk, the oath keepers, the white suprematists carried out today on our Capitol?" [sic]

The Trump Admin’s response to a peaceful Black Lives Matter protest in D.C.

Remind me again how there aren’t two criminal justice systems in America? 🤔 pic.twitter.com/LpdmsjiG9l

University of Washington Assistant Professor of Political Science Jacob Grumbach said the police response at the U.S. Capitol on Wednesday was very different from that of the protests following George Floyd's death.

"The footage of this insurrection being escorted out looks somewhat like kindergarteners being escorted back to class after recess which, of course, does not happen with Black Lives Matter protests, or other protests involving mostly Black and Brown Americans,” said Grumbach.

Bernice King, the daughter of Rev. Martin Luther King, Jr., tweeted on Wednesday, "If this were Black Lives Matter storming the Capitol, tanks would have been in the city by now. The response tells the story of our nation’s racist history and present."

Grumbach said images of Trump supporters making their way inside the Capitol and even waving a Confederate flag speak to deep-rooted racism.

”I, an academic, who studies American politics and so many others, have been warned about American sort of paramilitary white-supremacist movements for so long, so this really stems back to the Civil War and Reconstruction when, the U.S., for a brief period tried to enforce civil rights in the U.S. south for Black Americans, Black voting rights, and so forth using the U.S. military to enforce it, but then stop that enforcement,” said Grumbach.

Four people died as supporters of President Donald Trump violently occupied the U.S. Capitol. D.C. Police Chief Robert Contee said the deceased include a woman who was shot by the U.S. Capitol Police, as well as three others who died in “medical emergencies.”

KING 5 Law Enforcement Analyst Carmen Best said there are a lot of things to consider when it comes to how police respond to an evolving situation.

”I think that the law enforcement response to that incident was very measured, initially. Obviously, if they are outnumbered, they're gonna have to wait to get additional resources,” said Best. 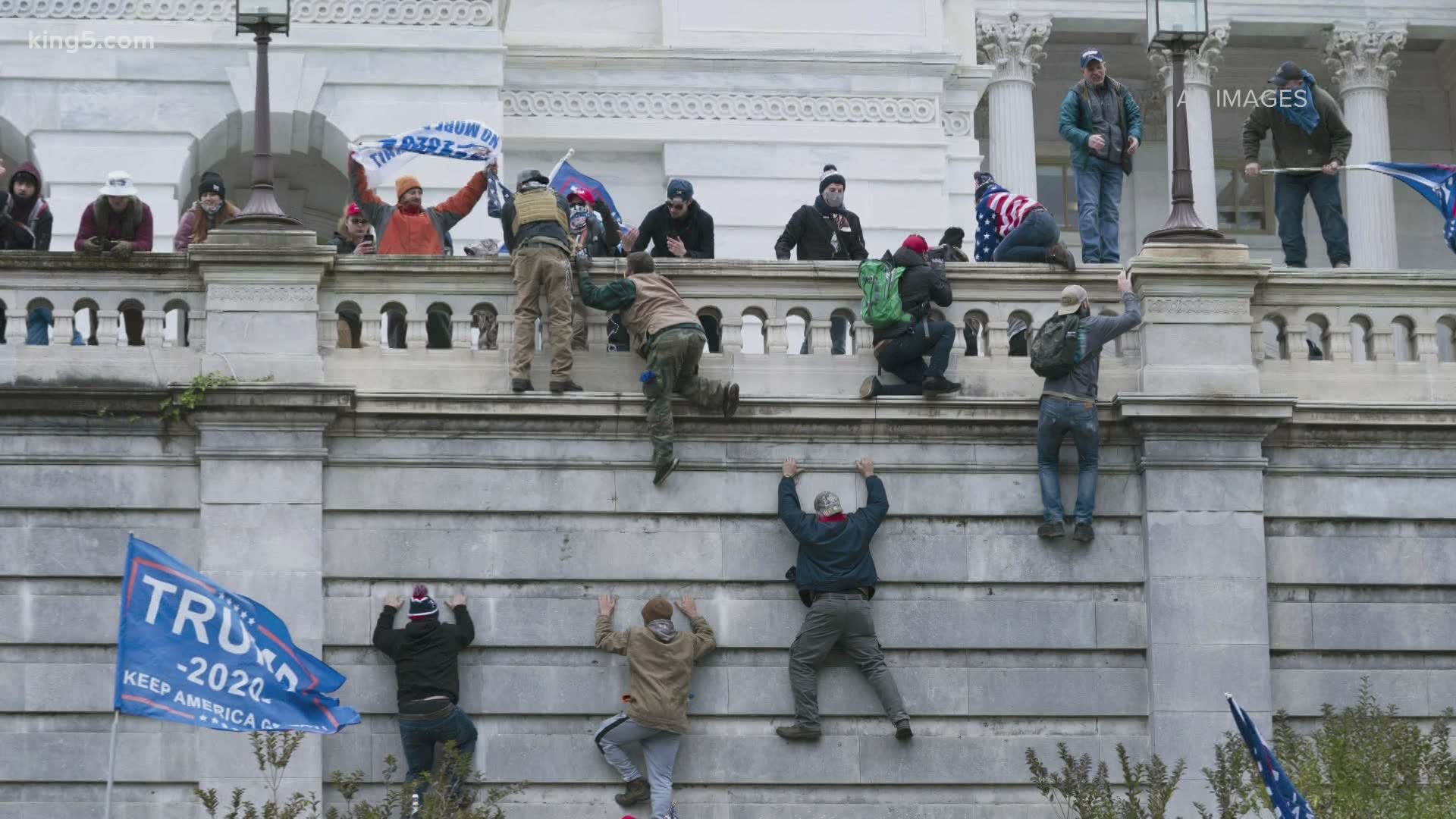 Best said it's important that all police responses be consistent.

”I think there's a lot of perspectives about how that plays out. But clearly, there's going to be a thorough review and then we'll see what differences, if there were any, that existed," said Best. "It's a relevant question to ask and it's something to look at."

Best added that law enforcement is going to have to be better prepared to address future acts like what took place at the Washington State Capitol and U.S. Capitol.

RELATED: Gov. Inslee responds after Trump supporters breach gate at his Olympia residence and US Capitol 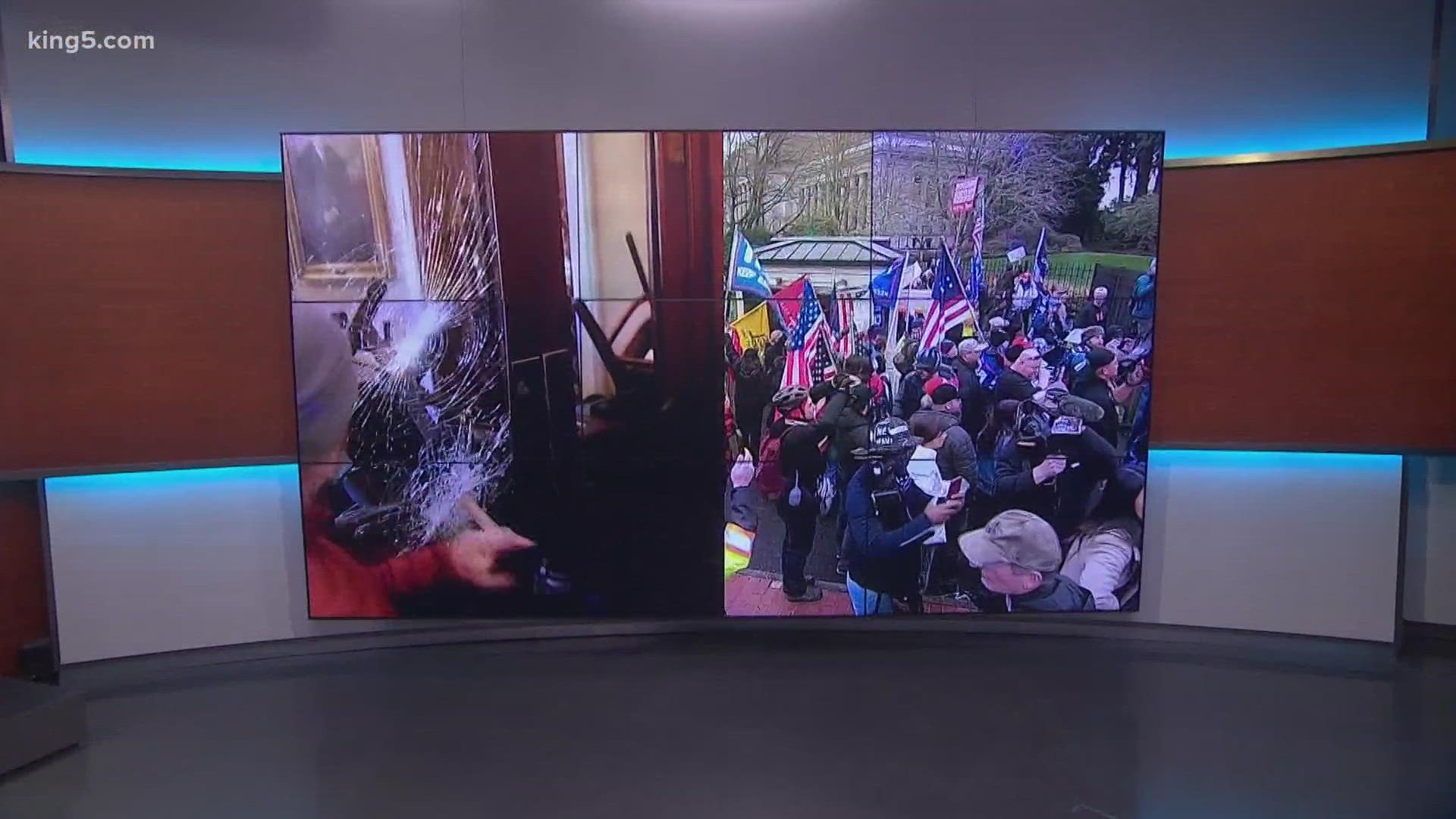