The Washington State Department of Transportation is bringing back its popular ferry photo contest to find a cover for the winter 2022 sailing schedules. 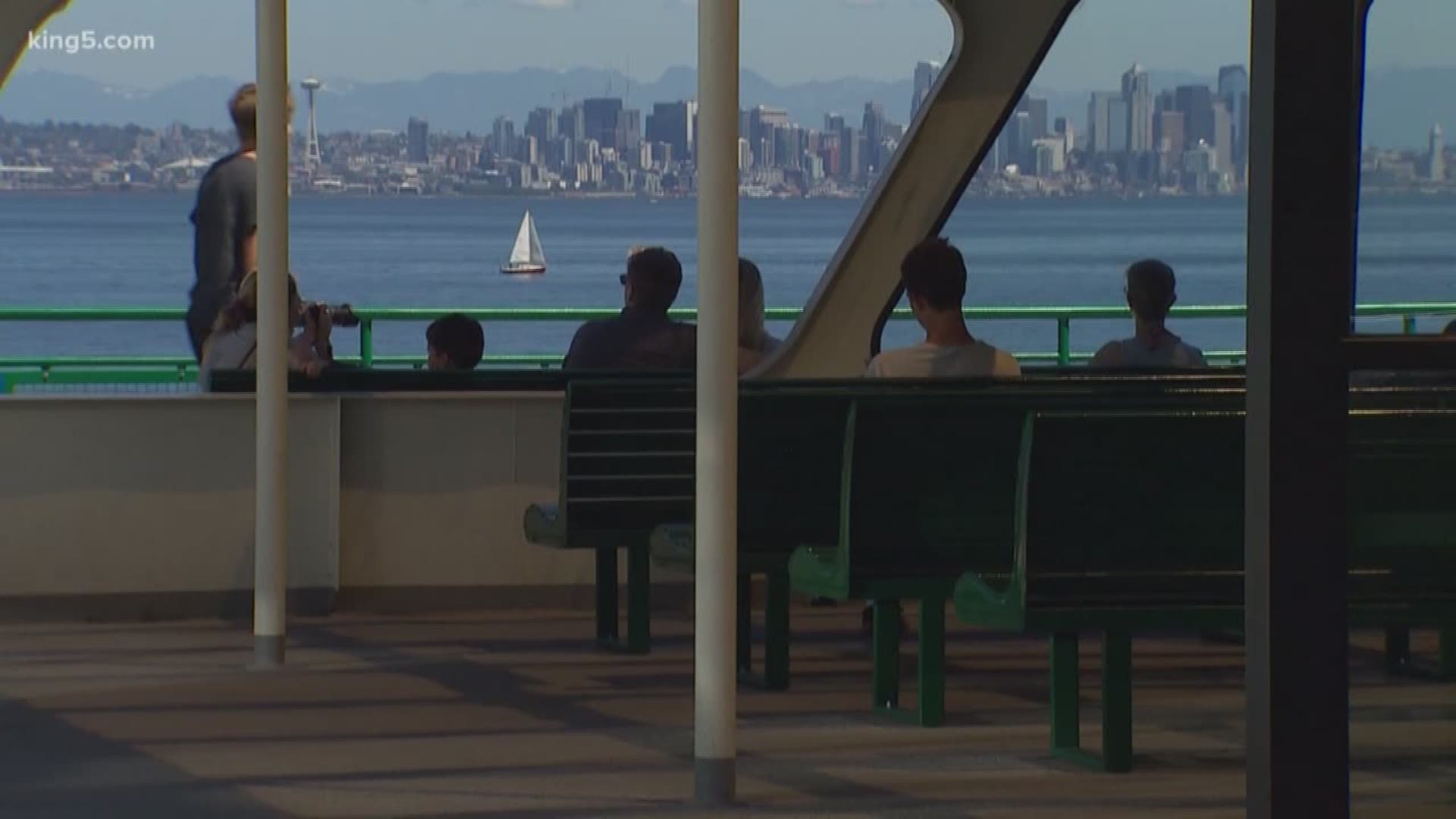 SEATTLE — Editor’s note: The Pride of the PNW video above about Washington State Ferries originally aired in July 2018.

SEATTLE - Have a photo of a Washington state ferry you’re proud of and want to show off? Now’s your chance!

After skipping a year due to the COVID-19 pandemic, Washington State Ferries (WSF) is bringing back its Twitter photo contest to find a new cover for its winter 2022 sailing schedules.

WSF said it had to regularly modify ferry schedules last year due to uncertainty in ridership demand and temporarily stopped printing paper schedules that featured the contest’s winning photo.

While the contest is making a triumphant return, there are some changes this year.

WSF said the pandemic changed the way it prints ferry schedules and will now print three separate brochures for different routes. So, unlike in past years when there was only one contest winner, this year there will be three winners.

WSF is looking for “unique, striking and interesting” photos for the brochure covers. “You may want to include a city skyline, mountains, passengers, or if you're lucky, wildlife,” WSF said.

You must have rights to the submitted photo and have taken it yourself, and the photo must include at least one vessel in the WFS system. The photo will be printed in black and white, so keep that in mind when submitting.

The first thing you need to do to enter the contest is to follow WSF on Twitter. Once you follow @wsferries, tweet your photo between noon on Monday, Sept. 27, and noon on Friday, Oct. 1, using the hashtag #FerryFotoContest.

You can submit up to three photos. If you tweet more than three photos, only the first three photos tweeted will be considered for the contest. Do not send your photo via direct message and do not tweet a link to a photo on another website.

Anyone is eligible to enter the contest, except for WSDOT employees and contractors.

WSF said a panel of judges will pick six finalists based on “originality, technicality, composition, artistic merit and overall impact.”

All six finalists’ photos will be posted on the WSF Twitter page at noon on Monday, Oct.11. The three photos with the most “likes” at noon on Friday, Oct. 15, will be named the winners and featured on the three different winter 2022 ferry schedules.