The Washington State Fair is canceled due to the pandemic, but vendors were offering a drive-thru food option this month. Poor air quality forced that to close, too. 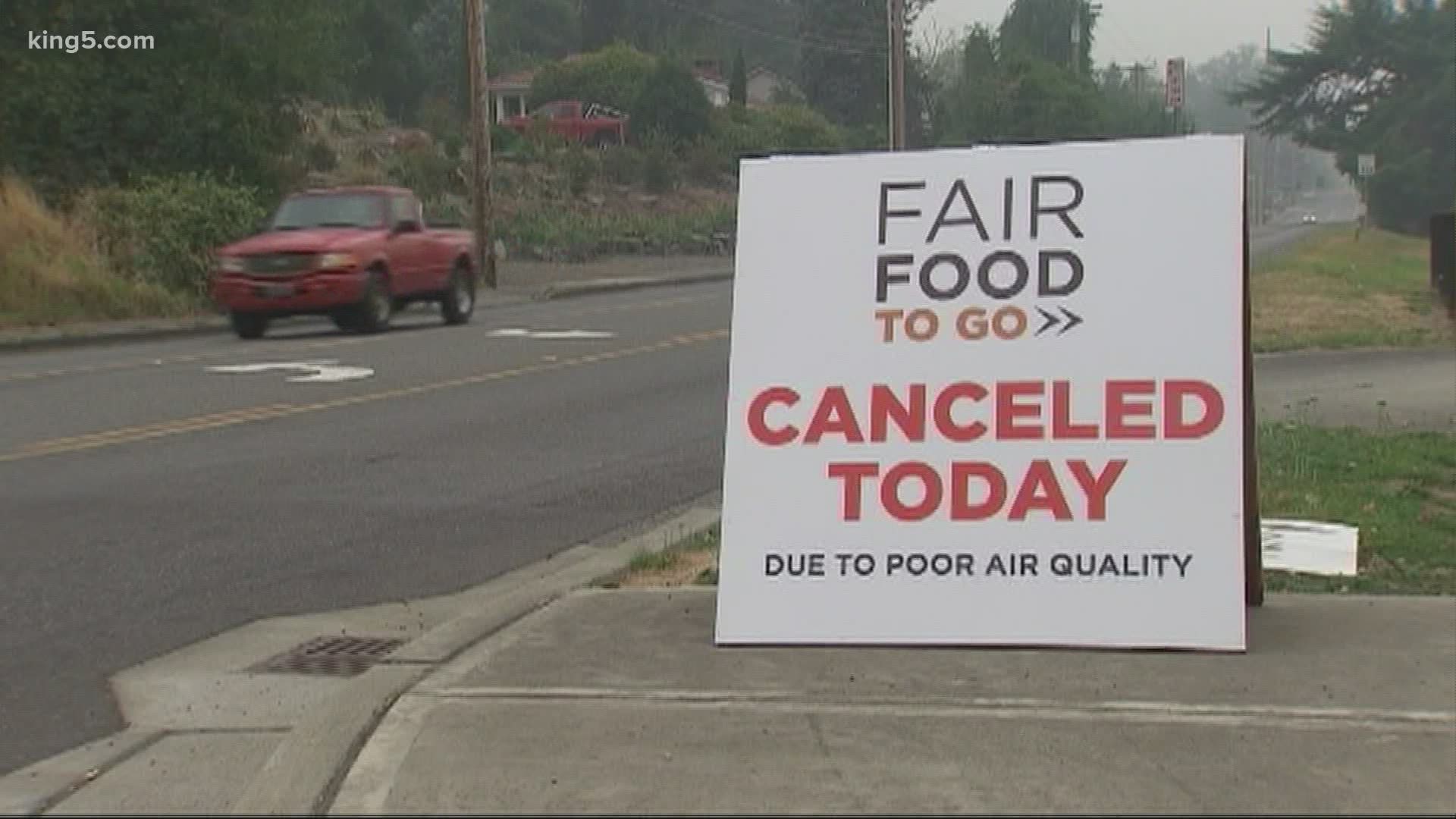 PUYALLUP, Wash — This weekend's poor air quality due to wildfire smoke is having a huge impact on Puget Sound, especially for people around Pierce County.

The air quality forced the Washington State Fair to cancel its drive-thru fair food event that started the week before when the fair was originally scheduled to open. The fair was canceled this year due to the coronavirus pandemic.

“People have been so excited to come and get it and the mystique of being able to drive on the fairgrounds,” Communications Manager Stacy Van Horne said. Instead, workers at the gate offered cookies as they turned cars away on Saturday.

“Unfortunately, the weather took a turn and we want to make sure that we're keeping all of our vendors and staff and guests safe so we had to close today,” Van Horne said.

In downtown Puyallup, things were quiet at Pioneer Park. The city closed all its parks in an attempt to discourage people from going out in the unhealthy air. The library had to suspend its curbside service to protect people from spending time outside, as well.

Local restaurants who have been enjoying success with outdoor dining said it’s another blow after what has been months of stress.

The normally popular outdoor option was empty in the middle of the day with customers choosing to dine indoors. The restaurant is allowed to serve people at 25% occupancy or offer take-out. They’re doing everything they can to stay in business.

“I can't think about anything that will make it worse than it's already been,” de Alwis said. “We had our dining room shut down, we were successful with takeout but whatever gets thrown our way we have to find a way to prevail and make it work."

Van Horne said they will watch the conditions and decide by Sunday morning if it's safe for drive-thru fair food again. They're focused on keeping people safe but also want to help the vendors who have been hit hard by a year without the state's biggest event.

The fair is offering an online shopping experience where people can support fair vendors and make up for the millions they’ve lost by this year’s closure.