University of Washington students create sustainable food for the future

The 2050 Company was launched by a group of UW students who are up-cycling food to reduce waste. They hope it will take off to create greener foods by the year 2050. 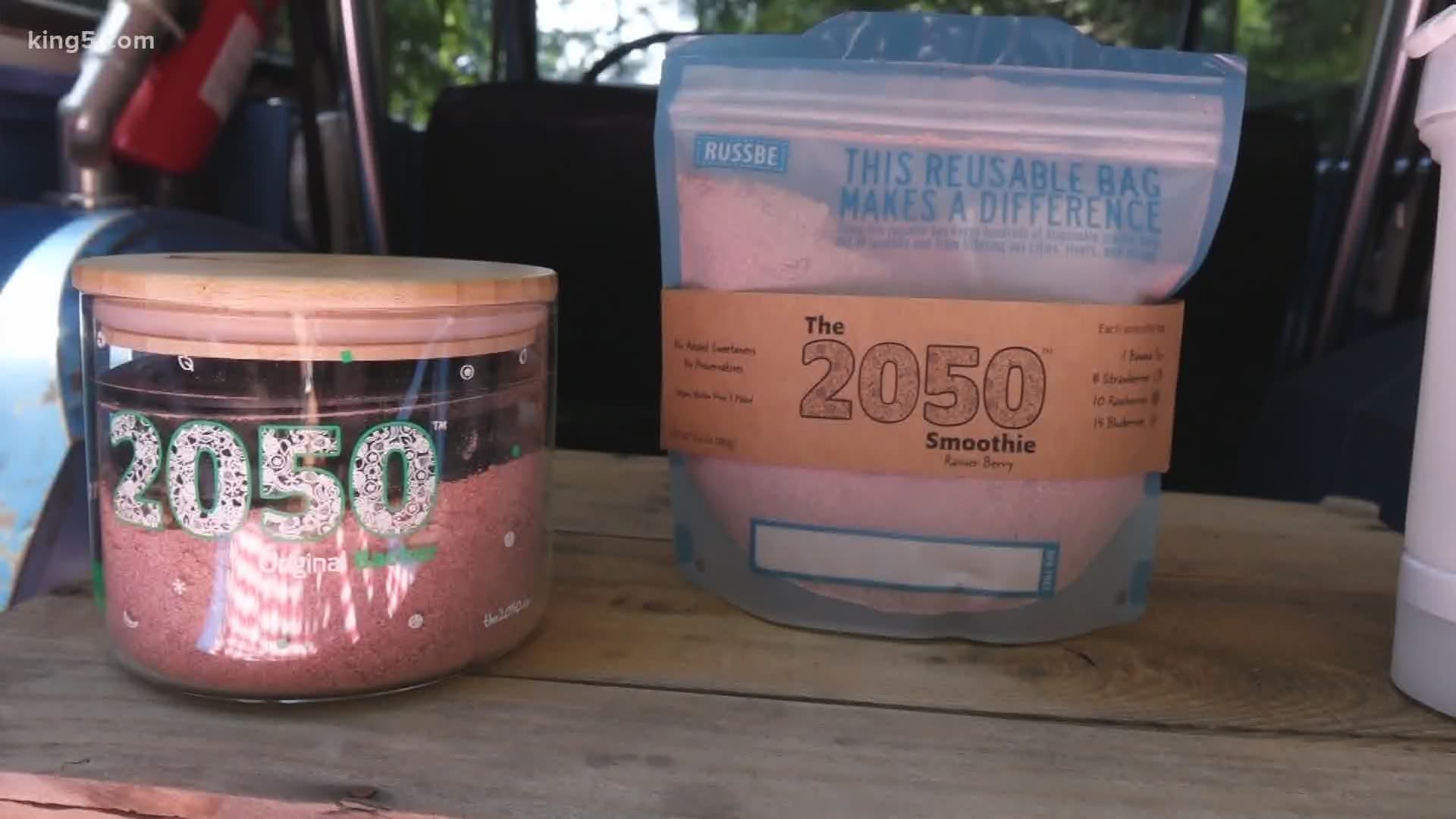 GIG HARBOR, Wash. — Sustainability has become increasingly relevant, so a group of University of Washington students hatched an idea that's focused on a greener 2050 through innovative foods.

Austin Hirsh graduated from the UW in May, and is now riding the momentum of his student project to reimagine one of his favorite things.

“I drink a fruit smoothie every day so that was a good place to start," said Hirsh.

Hirsh said he was struck by the findings of Project Drawdown, an international coalition of researchers, businesspeople, and climate change experts that identified reducing food waste as the number one best way to prevent global warming of 2ºC by the year 2050.

Roughly a third of the world's food is never eaten, according to a statistic from Project Drawdown.

Hirsh said after learning more about the mass amounts of food wasted across the country and the world an idea was born.

He recruited some fellow classmates to help him pitch "The 2050 Company" at various business plan competitions. Their goal was to make food for the future.

The idea earned him and the team $25,000 in prize money. Hirsh said the esteem and prize money was enough to help propel the business idea a step closer to reality.

Their first product is a smoothie that uses “upcycled produce” that would otherwise go to waste.

“In the beginning I was going to the Amazon banana cart personally and taking 800 bananas that they were gonna compost and freeze drying them myself, grinding them with my mom and testing flavors," explained Hirsh.

The idea does seem to be a win-win scenario.

Hirsh said, “Upcycling creates demand for produce no matter what. A strawberry farmer may not know if the customers will like his crop until it’s harvested but we can work out a deal to take it for sure.”

According to The 2050 Company website they are, "Using innovative drying technology to transform fresh fruit into an instant dry powder while retaining all nutrients and taste. With a singular focus on sustainability and food waste reduction, The 2050 Smoothie uses imperfect and surplus produce to provide a more convenient and long-lasting alternative to the conventional fruit smoothie."

People can taste The 2050 Company's smoothie starting Thursday, August 20. The drink is launching on Kickstarter at 8 a.m.