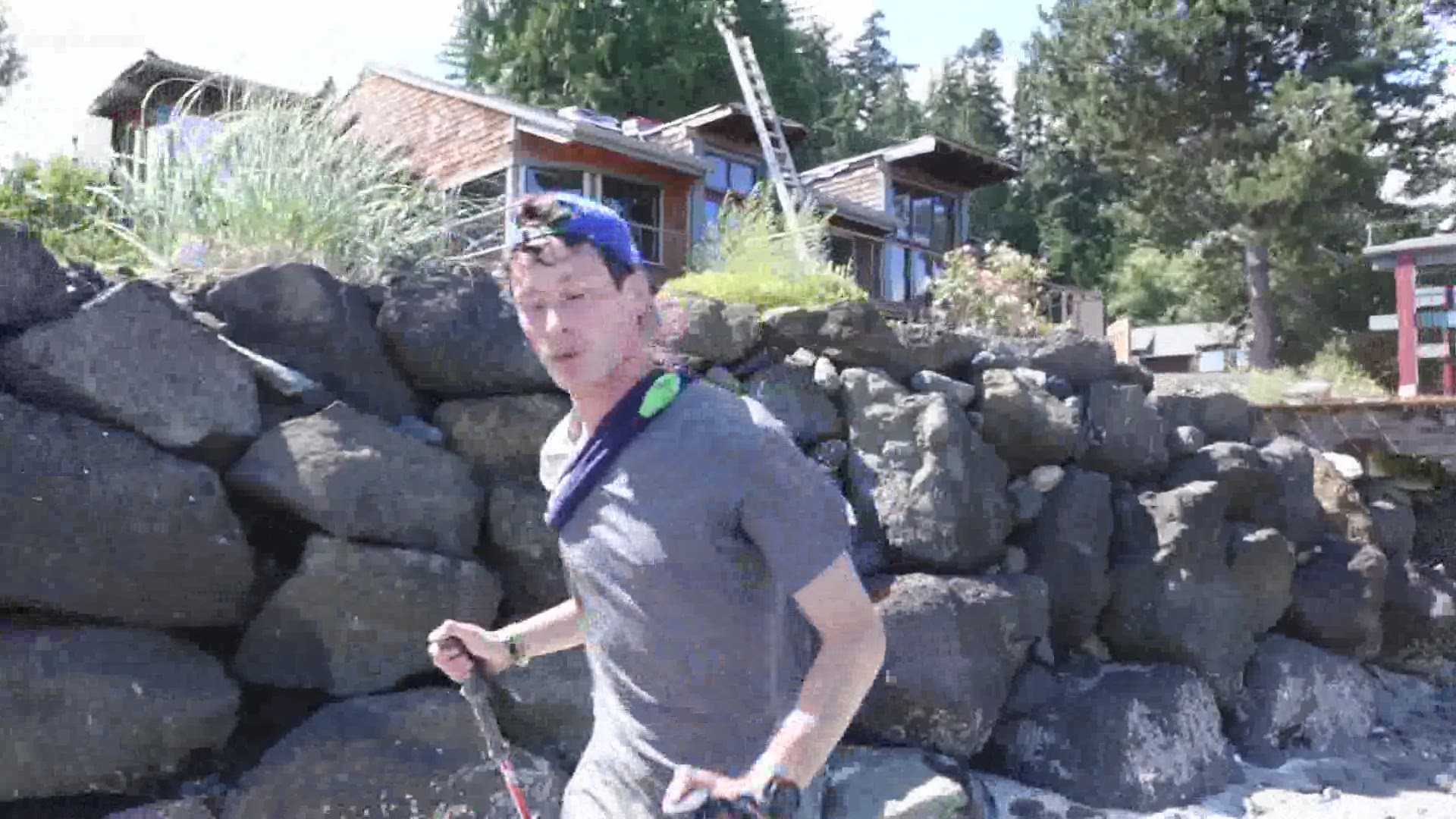 Greg Nance takes his sobriety one step at a time. The ultra-marathon runner is raising awareness about addiction and mental illness through grueling long-distant treks.

The Bainbridge Island native just completed a full loop of his hometown — about 53 miles — in one day. By lunch, Nance had already done the equivalent of a traditional marathon.

His physical feats are motivated by his fight for sobriety. Nance is a former class president from Bainbridge High School, a state champion debater and received scholarships to the University of Chicago and the University of Cambridge.

At the age of 16, he began drinking alcohol to cope with anxiety and depression. It increased over time and got to the point where he was drinking before school. He admits the idea of being labeled as an addict only fueled his downward spiral. Nance was eventually suspended from the tennis team, but received great support from his coaches. Unfortunately, it wasn’t enough to conquer his addiction, which followed him to college in Chicago. Numerous emergency room visits due to alcohol were a wake-up call, but he was still unable to harness his demons.

Eventually, Nance made his way to Cambridge on a scholarship, but that's where things crumbled. His spent his scholarship money and missed rent. After a very sobering conversation with the school provost, Nance knew it was decision time.

While reflecting in the English countryside, he decided it was finally time to stop drinking. That was in 2011. Since that time, Nance has become a motivator and legendary ultra-marathon runner.

He has run 10 ultra-marathons in 10 countries. After knocking out a solo long-distance run around Bainbridge Island, Nance set his sights on an even longer journey.