Under the approved ordinance, grocery workers would receive an additional $4 an hour in hazard pay. 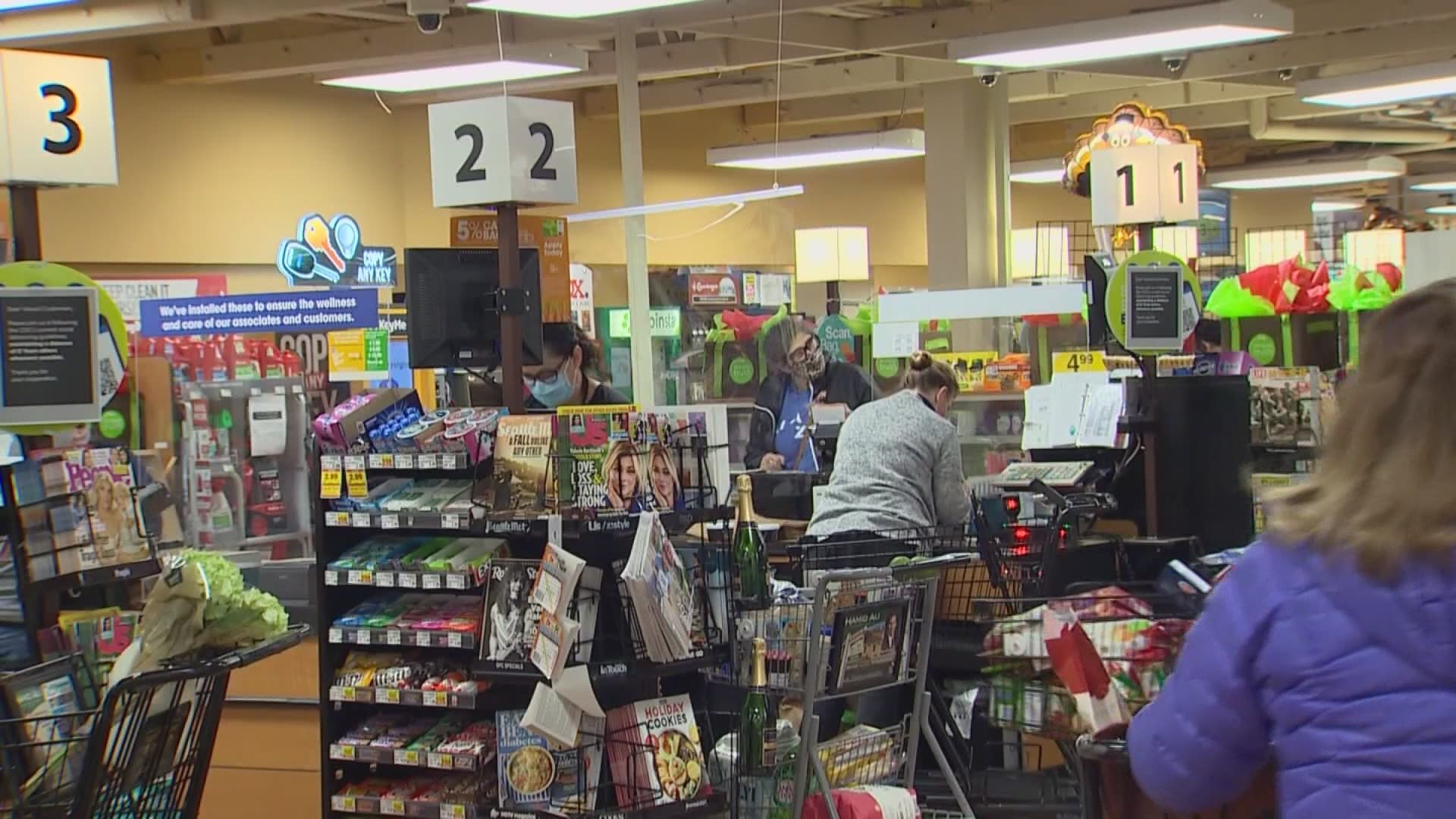 PIERCE COUNTY, Wash. — Pierce County Executive Bruce Dammeier announced his intent to veto an ordinance that would give hazard pay to grocery workers, shortly after the county council approved it.

The Pierce County Council voted Tuesday to approve hazard pay for grocery workers during the pandemic. The ordinance was approved with a 4-3 vote.

Dammeier then sent a letter notifying the council of his intent to veto, writing the county should "focus on reducing COVID-19 risk instead of driving up costs."

"If grocery stores are unsafe, then make them safer, not more expensive," he wrote.

Dammeier said he agreed with arguments raised by council members Amy Cruver, Dave Morell, and Hans Zeiger in "their letter requesting this veto."

"They accurately point out the unintended consequences and inequitable impacts of mandating hazard pay for certain grocery employees. It is unclear on what basis the council is deciding which employers must pay which employees how much," Dammeier wrote.

He goes on to write that the best way to reduce COVID-19 risk is for more people to get vaccinated.

Cities and towns could opt out by passing a resolution, the ordinance states. The ordinance applies only to stores in unincorporated Pierce County.

Pierce County Councilmember Zeiger questioned whether it's the county's place to implement such an ordinance.

"I have not heard a compelling reason why this should be a matter of public policy as opposed to collective bargaining," said Zeiger. "That’s one of the key issues for me: should this be a decision made by those corporations in connection to the unions that represent those employees or is it a matter of legitimate public policy?"

Councilmember Jani Hitchen spoke out in support of the ordinance Tuesday.

"Anything other than a life changing pandemic, I would agree with Councilmember Zeiger, that we need to leave bargaining rights on the table for the people involved, but we are in the middle of a pandemic, and we’ve had to change the ways we do business in our community."

The council now has 30 days to act. A two-thirds council vote is required to override an executive veto.

The decision comes as western Washington deals with a fourth COVID-19 wave that has led to a few counties, including Pierce, to roll back to Phase 2 of the state's reopening plan. Pierce County failed to meet the required metrics for case rates and hospitalizations to stay in Phase 3, a "further indication of Pierce County's ongoing community health risks," the ordinance states.

The ordinance would expire when Gov. Jay Inslee declares an end to the emergency proclamation brought on by the pandemic, or an earlier date determined by the county council.

Hazard pay has been implemented throughout cities and counties in western Washington, including Settle and King County.