Grocery store workers in Edmonds will receive $4 an hour in hazard pay until Washington's state of emergency is lifted by Governor Jay Inslee. 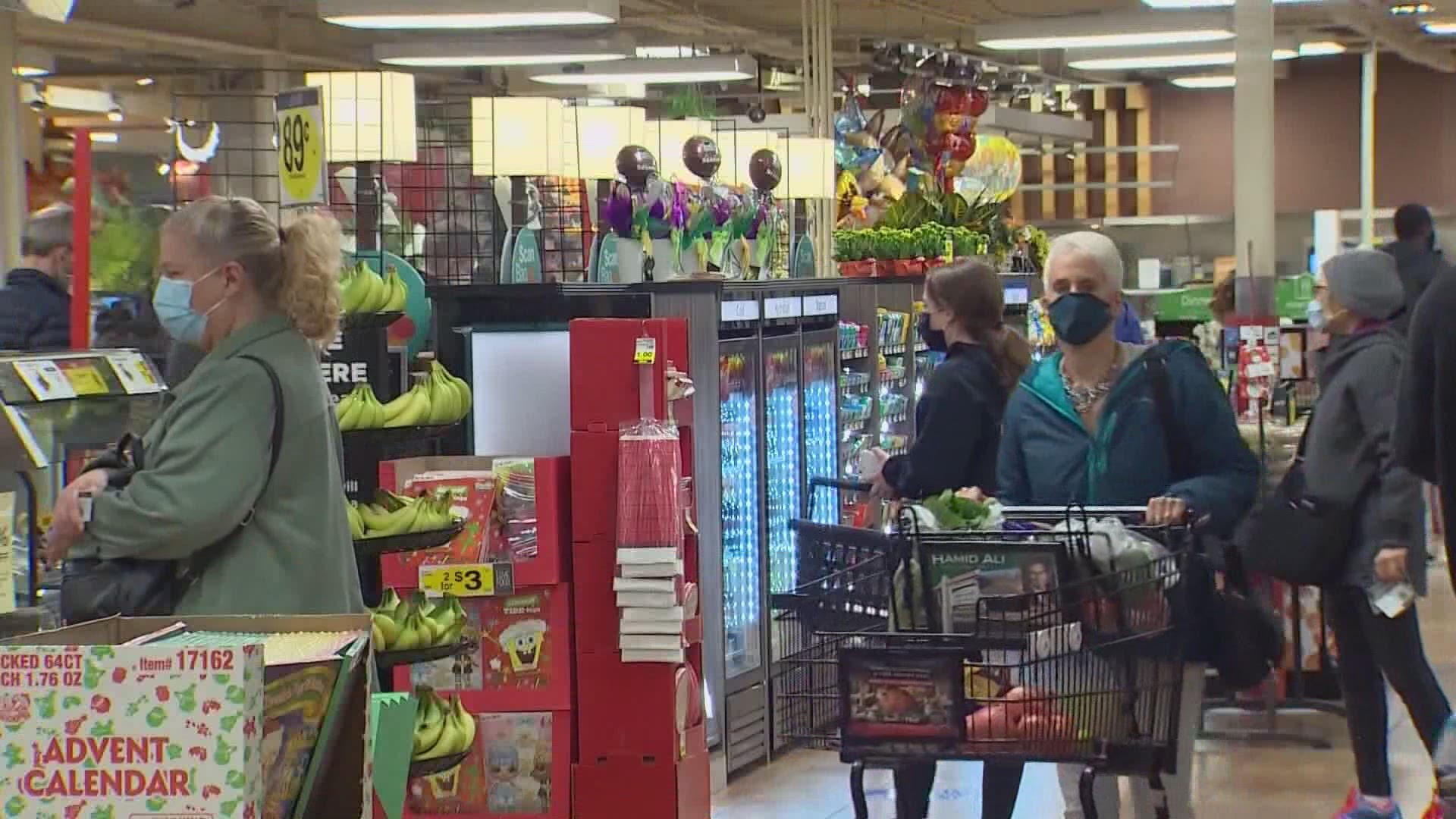 EDMONDS, Wash. — The Edmonds City Council voted Tuesday to approve hazard pay for grocery store workers in the city until Washington's state of emergency is lifted.

The proposal was brought forward by Edmonds Mayor Mike Nelson. It gives a $4 per hour raise to grocery store workers within the city of Edmonds. The ordinance impacts grocery stores that employ 500 or more employees statewide. Nelson modeled the proposal after a similar proposal in Seattle that passed earlier this year.

Employees who work within non-public portions of grocery stores or in other buildings are exempt from the pay raise. The ordinance will also not increase the pay of workers already receiving hazard payments of $4 or more an hour.

Council members who voted in favor of the bill noted some grocery stores have made billions of dollars in profit during the pandemic while frontline employees risked increased exposure due to their work.

"When you really really think about it it doesn't make sense for us not to pay these people some sort of hazard pay for what they're doing," said councilmember Fraley Monillas.

Councilmember Vivian Olson, the lone no vote, said it wasn't the city's job to interfere with the wages private businesses are paying.

"It's not the government's role to determine the salaries that businesses pay their employees," Olson said.

Should the ordinance have passed with a supermajority, it would have gone into effect immediately. However, grocery stores in Edmonds now have 30 days from April 6 to institute the change.