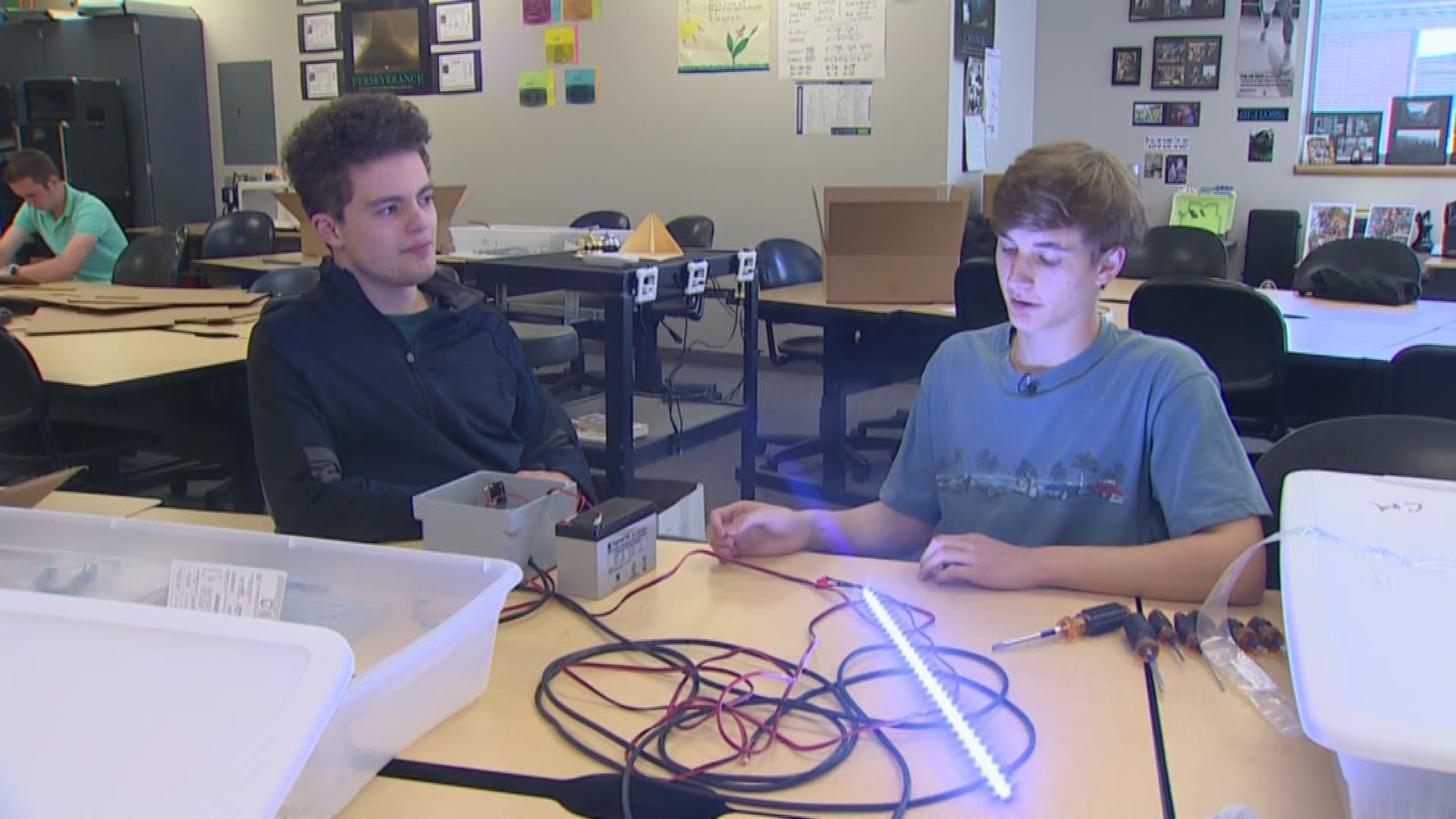 TACOMA, Wash. — Editor's note: The above video is a story previously aired on KING 5 about students in Bellevue learning to build solar panels.

Funding for the grants comes from participants who join Evergreen Options. The participants pay a small monthly fee to support renewable energy generation in our region.

RELATED: What you should know before going green with solar panels

Jason Lee Middle School plans to use the grant to install a 99.9-kilowatt solar system with a data monitoring system. The idea was first thought up by three 8th grade students at the school.

"It’s hard to know who’s more excited, school staff or students," said Kathleen Hall, the Jason Lee Middle School science teacher who applied for the Evergreen Options grant. "We’ve been envisioning solar at Jason Lee for a long time and working to make it a reality. This is the foundation funding we needed to get the project started."

Once it's complete, it will be the second-largest solar farm in Tacoma. It will provide hands-on energy and data collection for students from the roof of the school's athletics building.

The Franklin Pierce School District received a $50,000 grant. It plans to build a 21-kilowatt solar panel system at the District's Farm to act as a solar learning lab for students.

The energy collected from the project will go to power the Farm's walk-in cooler where fresh produce is stored.

The solar project is estimated to save the District more than $1,800 a year on energy costs.