The expansion project is approximately $300 million underfunded as the region struggles to recoup losses incurred by the pandemic. 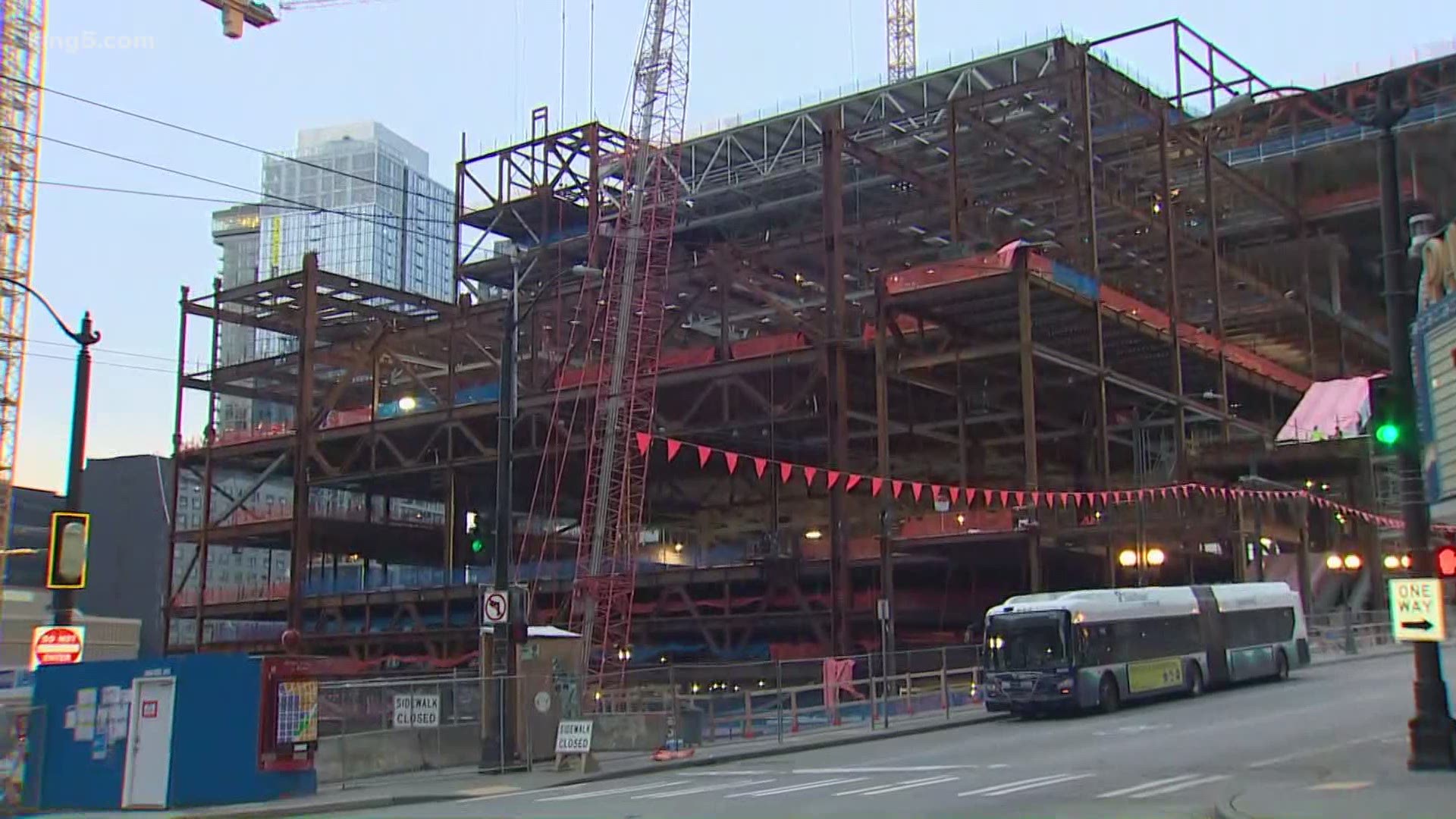 Constantine announced King County is offering a $100 million loan to save jobs and continue construction on the project, which stands to serve Seattle's economy in the future.

An update sent late last month included a warning that if a solution to a $300 million funding gap wasn't found by the end of 2020, the project would begin shutting down and approximately 1,000 people could be out of work.

The county's loan won't cover the $300 million shortfall, and will be paid back at 1% interest. But county leaders and construction managers hope the county's offer serves as a model for future financing opportunities.

Constantine backed the idea of a public loan when pressed about the need for a large gathering space post pandemic, “You know, we're continually hearing people say that because of the pandemic, no one's ever going to return to working in-person, that cities are dead, that no one will ever travel, that there will be no conventions. And I think that is all unsupported by what we see and hear all around us, people are anxious to gather again.”

Visit Seattle CEO Tom Norwalk said, “I think there are different parts of the travel industry that will recover at different times. I think everybody's pretty well convinced that recovery really starts when vaccines are available and introduced."

"But we're still finding a lot of optimism, and we have no doubt that travel will flourish again," Norwalk added.

I asked Matt Griffin, lead developer for the WA State Convention Center expansion about why not cut the budget instead of asking for more public money?

He responded in part---

"...like saying you need to lose some weight by tomorrow so I'm going to cut off your arm."

The decline in lodging-tax revenue – associated with travel and tourism – in King County due to the COVID-19 pandemic has "impaired" the convention center's ability to finish the second round of financing that is needed to complete the project by 2022, according to last month's update.

In May, project lead Matt Griffin said they are in "an unfortunate spot."

"We don't like it at all. We have a certain amount of cash on hand. If we don't have additional funds to basically complete this project, we'll have to stop in 10 to 12 months," Griffin said at the time.

The expansion, which was already 30% complete in May, extends over Interstate 5 and has been discussed for years.

State and civic leaders have argued that the 1.5 million square-foot addition is needed to compete for multiple conventions.

It wasn’t immediately clear how the remaining $200 million budget hole will be filled. But Griffin suggested construction would stop early next year if financing is not secured by the end of December.