The $1.8 billion dollar expansion project for the Washington State Convention Center is in trouble due to the coronavirus pandemic and needs a federal bailout. 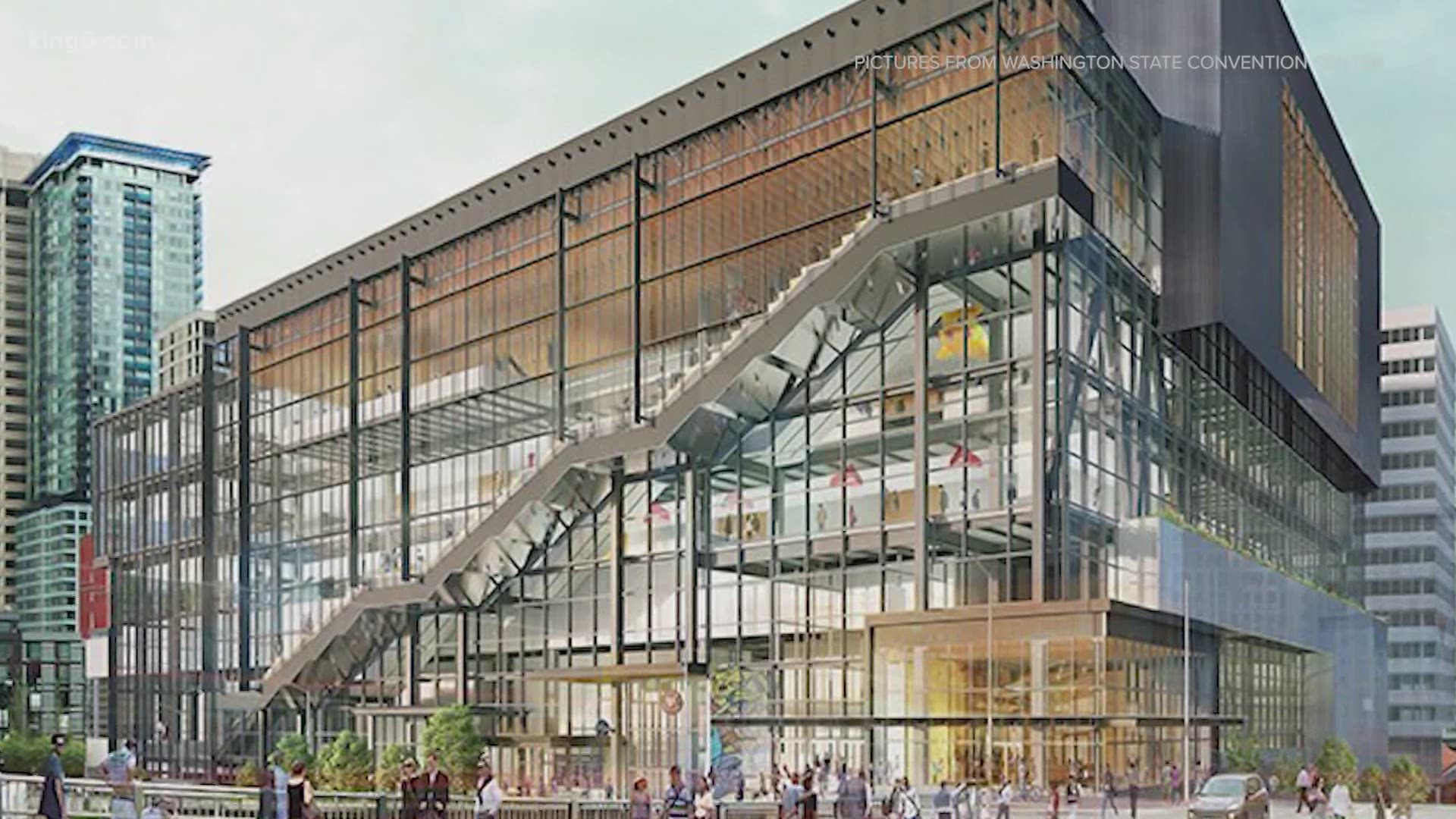 SEATTLE — The $1.8 billion dollar Washington State Convention Center expansion project is in doubt and needs a federal bailout amid the coronavirus pandemic.

Project leader Matt Griffin said Friday that lodging taxes, associated with travel and tourism, are needed to pay back the bonds on the project and the revenue that's been decimated by the global pandemic.

"So we find ourselves in an unfortunate spot. We don't like it at all. We have a certain amount of cash on hand. If we don't have additional funds to basically complete this project, we'll have to stop in 10 to 12 months," said Griffin soberly in a morning press call.

Griffin says the project needs $300 million in federal stimulus dollars to be completed.

Both Senator Patty Murray and Maria Cantwell said Friday they had been briefed on the situation, along with Seattle Congresswoman Pramila Jayapal.

“I’ve been in contact with folks on the ground and know how important the convention center is to the city of Seattle and its economy moving forward, especially in light of the current crisis. I am working now to explore what can be done at the federal level to help support the project’s timely completion," said Murray in a statement.

The expansion, which is already 30% complete, extends over Interstate I-5, and has been discussed for years.

State and civic leaders have argued that the 1.5 million square foot addition is needed to compete for multiple conventions.

Visit Seattle CEO Tom Norwalk said there are already 30 conventions booked for the space after its planned completion in 2022. There have also already been 26 conventions canceled this year at the current facility since March due to the coronavirus pandemic.