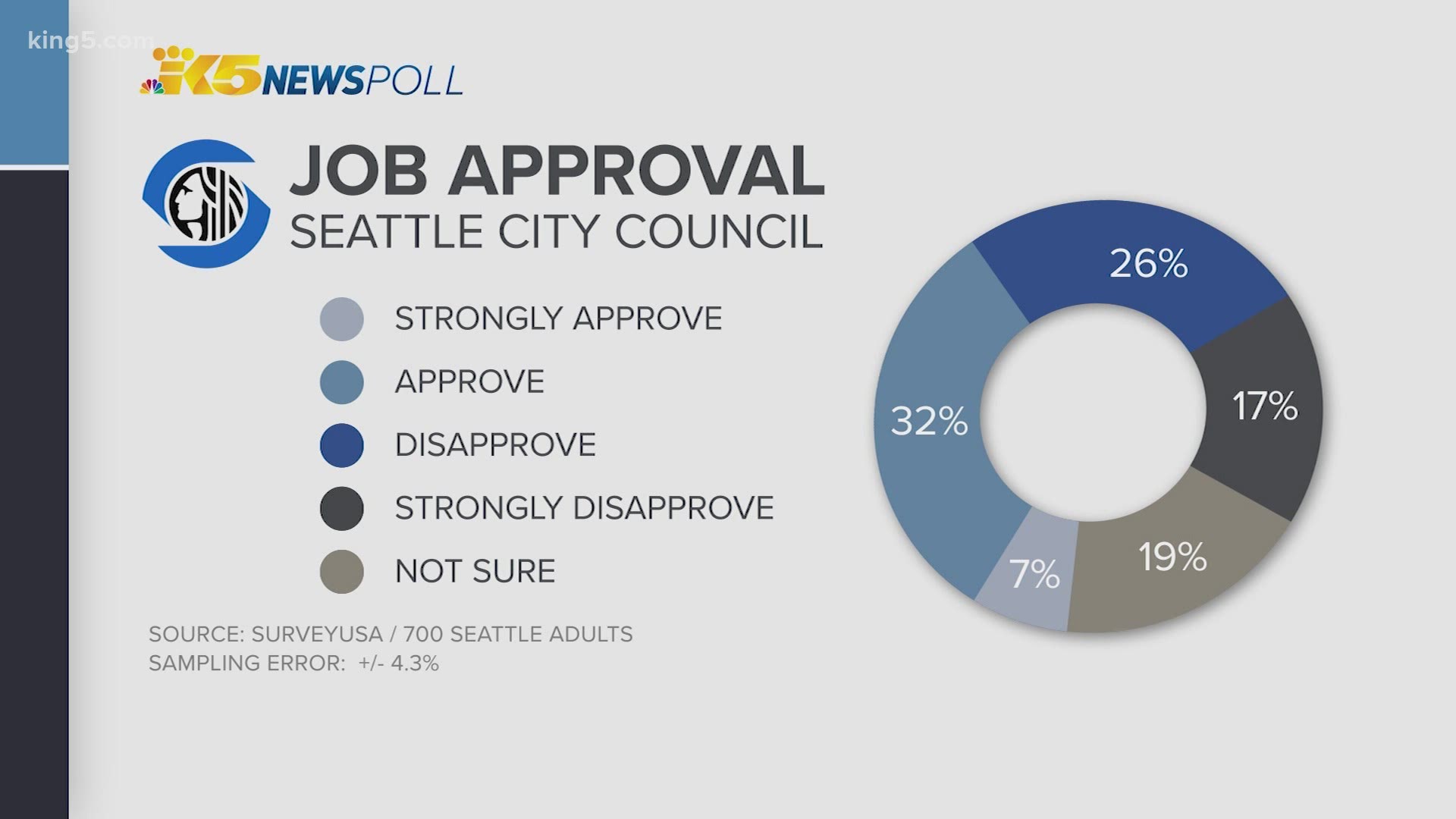 Seattle City Council members haven’t been shy about voicing their opinions as protesters moved through the city over the last few weeks eventually settling on Capitol Hill. But does their work reflect the people they represent?

From the use of tear gas against protesters to the decision to pull her officers out of the East Precinct, Seattle Police Chief Carmen Best has been on the receiving end of some of the toughest criticism.

However, 37% percent say they approve of the job Best is doing and 11% strongly approve while 22% disapprove and another 12% strongly disapprove. More than half, 51%, say Best should remain in office.

KING 5 Political Analyst Ron Sims, who served in the Obama administration and as King County executive, says if you’re the chief, this is good news. 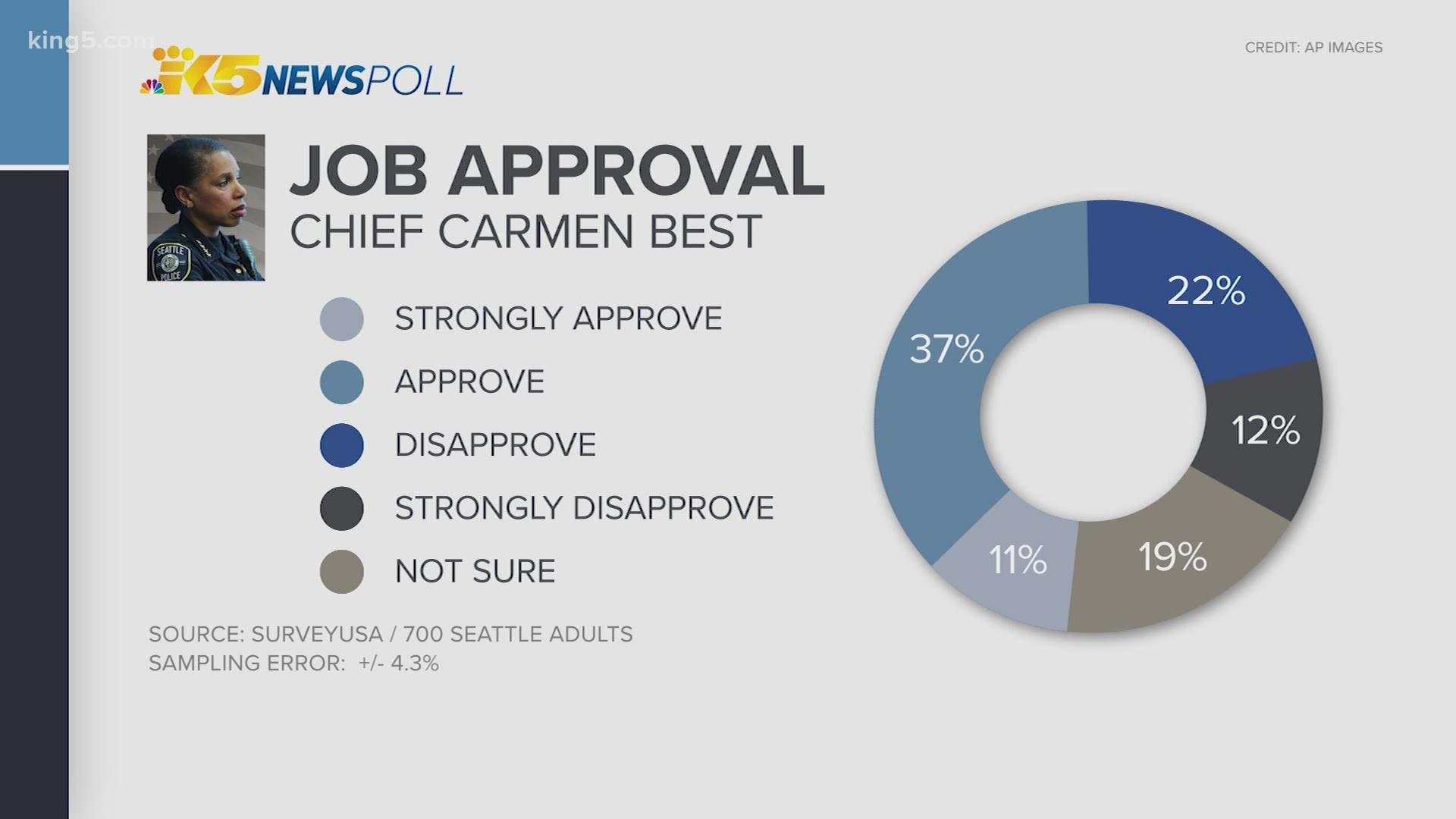 When poll takers were asked if approve or disapprove of the job Jenny Durkan is doing as mayor of Seattle, 36% responded that they approve while a quarter disapprove. Nearly half, 46%, say Durkan should remain in office and nearly one-third, 31%, say she should resign.

“The results of this poll should give you concern,” Sims said. “They’re not dire, they’re not saying, ‘Woe me,’ but they are an early warning, and the key for elected officials is to see what the early warning signs are, because the public may give you a pass the first time. They will never give you a pass the second time if they believe you did not move forward to correct the problem that they perceive were there.” 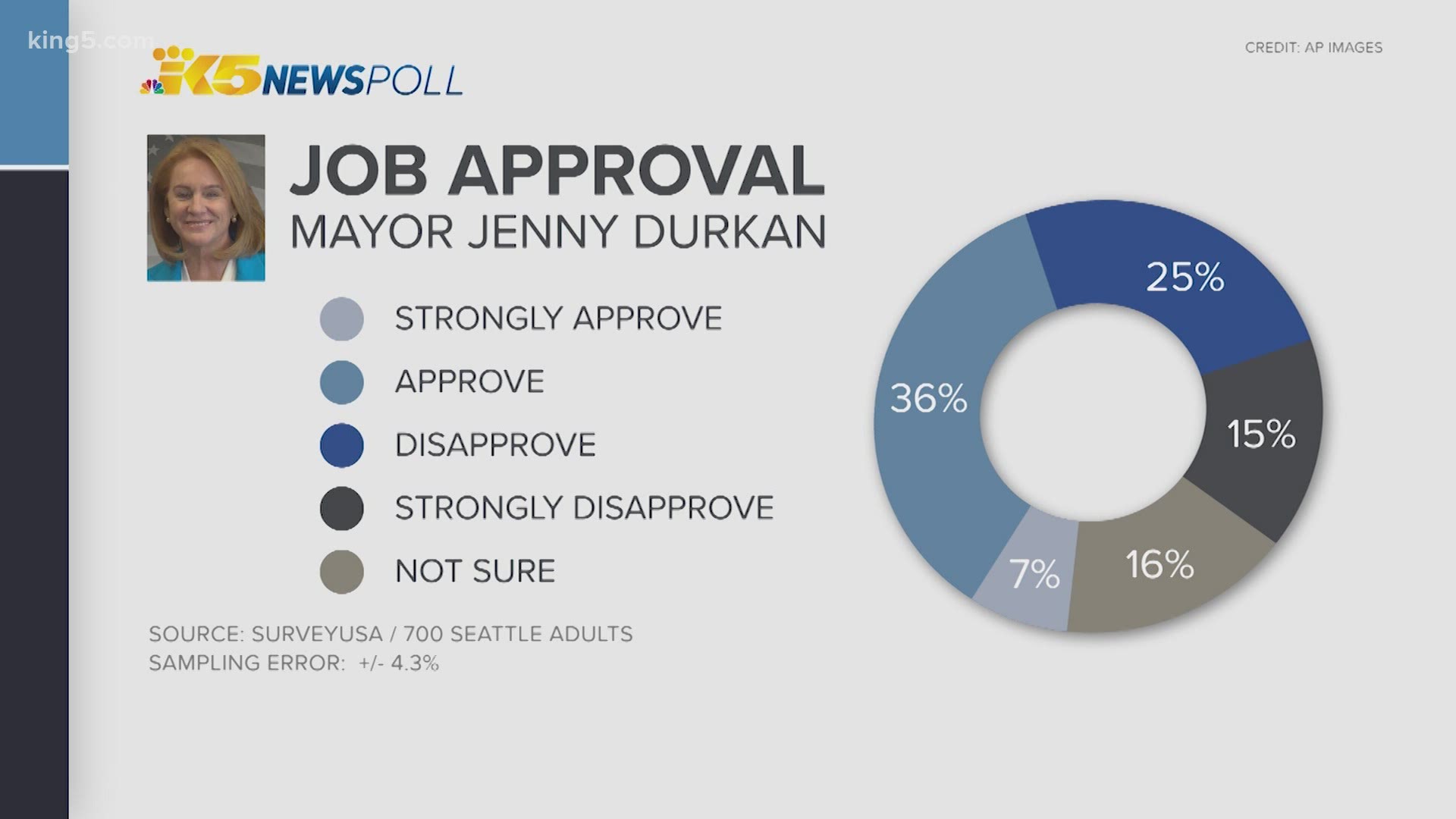 Durkan responded to the survey with the following statement:

“Chief Best and I love this city. We are committed to leading it through a time of anguish, challenges and opportunity at this unprecedented time. The pandemic has reordered our lives, deepened inequities, and caused significant job losses in our community. We also must chart a path forward that results in the systemic changes needed, reimagines policing in Seattle, and makes deep investments in our communities of color, particularly our black community."

The poll of 700 adults in the city of Seattle was conducted by SurveyUSA between June 12 and 15.