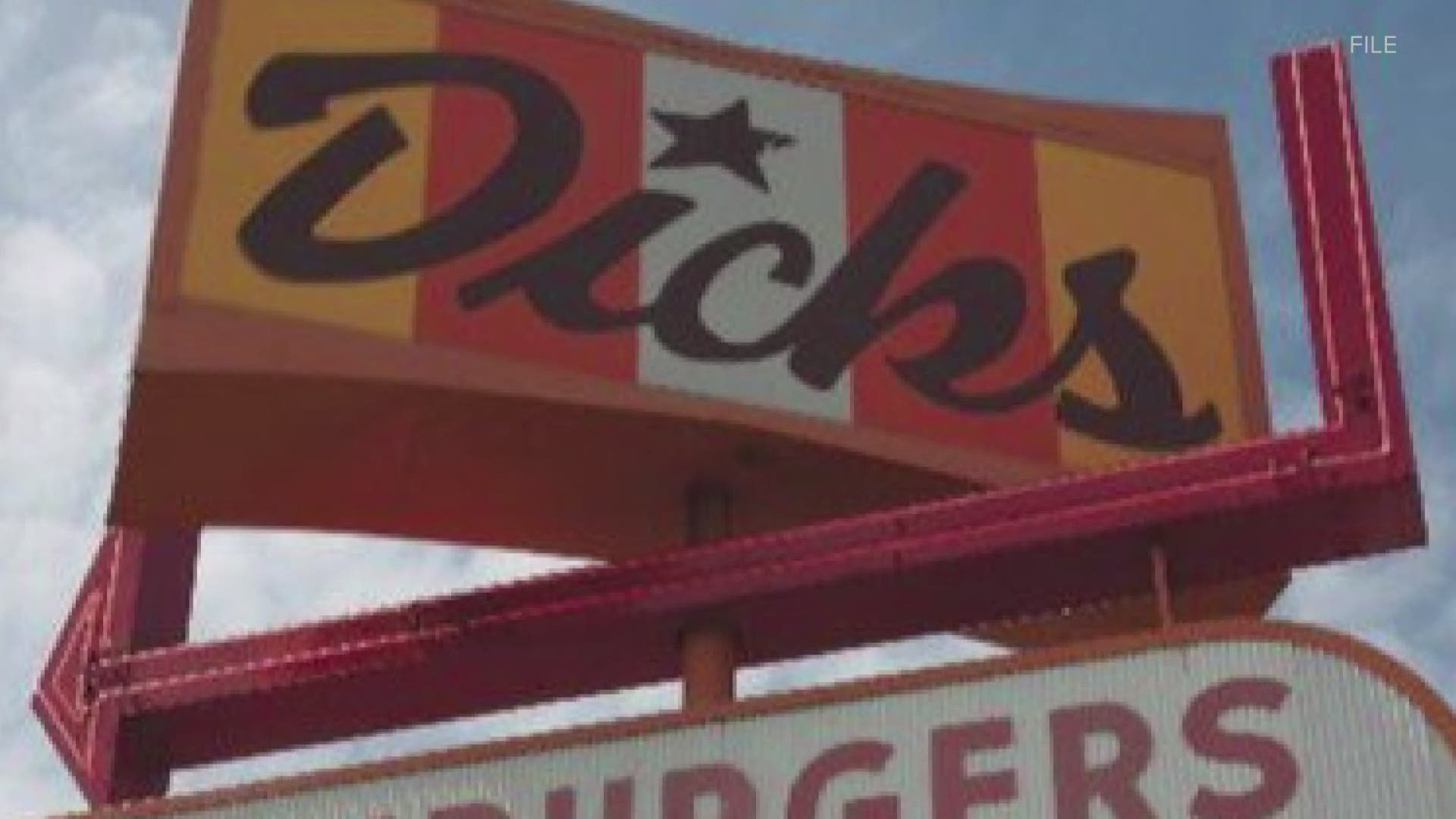 SEATTLE — The president of Dick's Drive-In Restaurants said most claims made against two of its Seattle locations were found to be "demonstrably without merit."

Earlier in March, five employees from the company's Capitol Hill and Queen Anne locations filed health and safety complaints with the Washington State Department of Labor & Industries. Those complaints made allegations of workplace issues, including poor sanitation practices and an alleged failure to comply with COVID-19 safety guidelines.

President Jasmine Donovan posted on Facebook the company investigated the claims. Of those, some could "only reference isolated incidents because they would be blatant violations of our procedures, techniques, training and values," Donovan posted.

The employee complaints included failure to isolate people who may have become infected with COVID-19, lack of access to hot water, improper handwashing and other health violations, ignoring social distancing guidelines, exposure to maskless customers and frequent burns.

After learning of the complaints, Donovan said unannounced inspections were immediately performed.

"Those inspections found everything to be in compliance with our extensive safety procedures and COVID protocols and no evidence of mold or mildew," Donovan wrote.

Donovan asked employees at all locations to share concerns they had regarding the complaints or "anything else in our restaurants."

"I appreciated the responses I did get, none of which corroborated any of the items brought up in the L&I complaints," Donovan wrote.

"Employees have reached out multiple times to me personally in the past, to share concerns and I encourage that. In fact, one of the employees who filed a complaint reached out to me a few weeks ago to share that he was frustrated that he did not get the time off he wanted. Before I had a chance to respond, he followed up to say he quit. Neither message mentioned anything other than his dissatisfaction with his time off request," Donovan continued.

Donovan notes the Queen Anne and Capitol Hill locations pose specific challenges. Besides being in older buildings, they are in areas that "can be rough." Employees have to "regularly pick up used needles in our parking lots and restrooms," and verbal and physical assaults on employees are "frequent enough for us to hire security at multiple locations."