The business owner was given an hour to clear all of her inventory from her store. Minutes later, the community came to help. 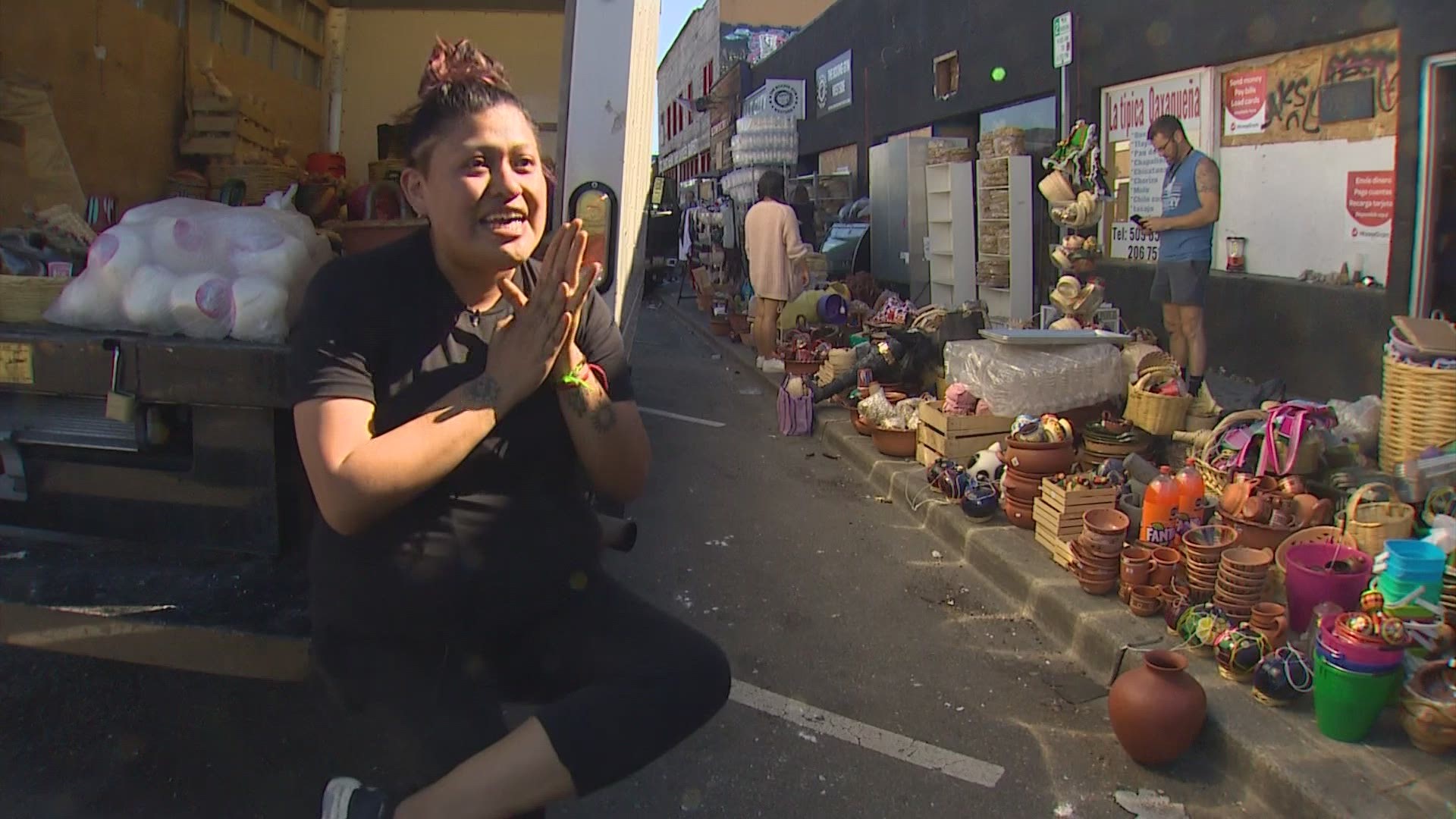 WHITE CENTER, Wash. — With the memory of Monday morning's fire in White Center still fresh, business owners were faced Tuesday with the rush to clear whatever was left out of their stores. Fire inspectors visited the site and said there was concern the roof could collapse.

Magali Reyes said she and her uncle were working to clear her aunt's store, La Típica Oaxaqueña, when inspectors told her she had one hour before the building would be red-tagged.

The store was filled with thousands of items from Mexico. Reyes said it only took minutes for community members to step in and offer help.

"I turned around, and everybody's here," said Reyes. "I don't know these people, and they didn't think twice about helping us."

On Tuesday, the handcrafted items quickly covered the sidewalk as people helped clear out the store. Once the items were safe from a roof collapse, they were a welcome sight for shoppers and those looking to help.

Reyes said her aunt was in Tijuana ready to return home with a new shipment of products when the fire happened. She said the family would open a temporary store in SeaTac.

"We help her out to an extent, but this is her baby," said Reyes. "It's what she started."

The fire Monday morning spread to several buildings. No injuries were reported and fire officials believe the fire was not caused by fireworks.

King County Executive Dow Constantine said his office will work to identify grants and assistance for the impacted business owners.