Earl’s Cuts and Styles celebrated the opening of its new shop in the Central District, thanks to a Seattle U program aimed at helping local businesses thrive. 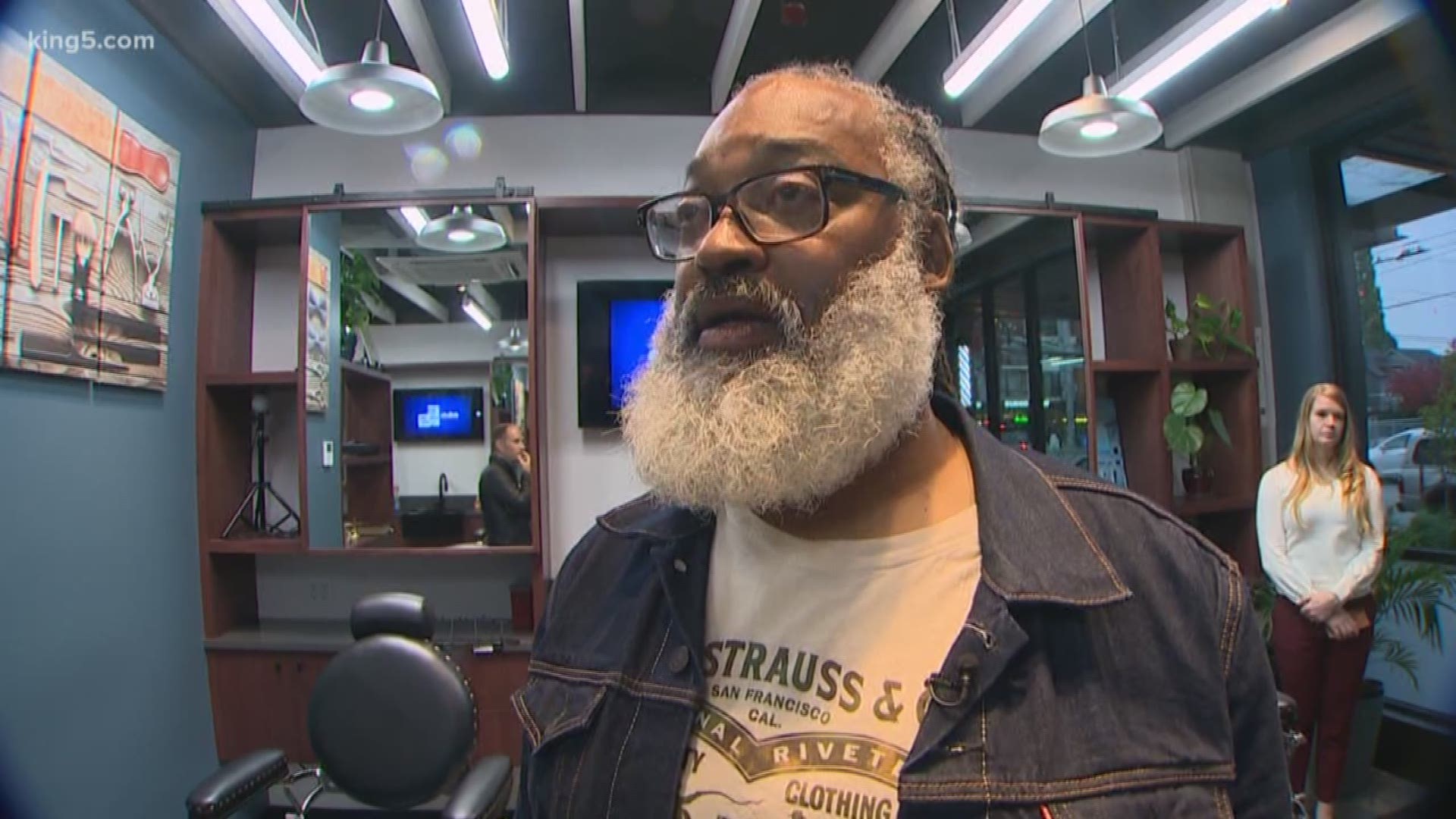 SEATTLE — Longtime small businesses being driven out of the city because of new developments and soaring rent prices is an all too common story in Seattle.

But a Seattle University program is helping save those shops and encourage others to return to their communities.

Earl Lancaster couldn't help but get emotional when he entered his new shop at 23rd and Union in Seattle's Central District.

“Thanks, everybody, for believing in me,” he told a crowd gathered during a Thursday evening celebration at his business, Earl’s Cuts and Style.

He got teary because he could've followed so many other shuttered small businesses, many of them black-owned, which were driven out of town by rising rents.

Lancaster’s old shop, right across the street, was recently demolished to make way for a new development.

“This was something I wanted, it's something I dreamed about, it's somewhere I wanted to be, and I'm here,” he said in the bright space, surrounded by brand-new leather barber chairs and dark wood paneling.

Lancaster was able to relocate to the new space thanks to a Seattle University team that helps small businesses survive gentrification.

The program in the Albers School of Business and Economics provides business plans and accounting assistance. The university also identifies developers and non-profits willing to provide affordable storefronts.

“Not only is Earl here, but this project has made it possible for so many other businesses to replicate the same kind of success,” said Amelia Marckworth, interim director of the Seattle U Innovation and Entrepreneurship Center.

The Seattle U team is also helping Catfish Corner, an iconic Central District restaurant that closed five years ago, relocate to a new building under construction at 23rd and Jackson.

RELATED: Breaking down the data surrounding Seattle rent, gentrification, and the upcoming census

The Barbeque Pit, which had a loyal following, closed in 2016 much to the dismay of regulars. They, too, will soon reopen in a permanent space with the help of the Seattle U program.

Lancaster hopes his re-opening spurs others to return to a neighborhood where it seemed they didn't belong.

“I want to be a person who people look at like, ‘Oh, I can be like him,’” Lancaster said.