A Seattle University program aims to help save longtime shops in the neighborhood, which otherwise would be forced out as developers move in. 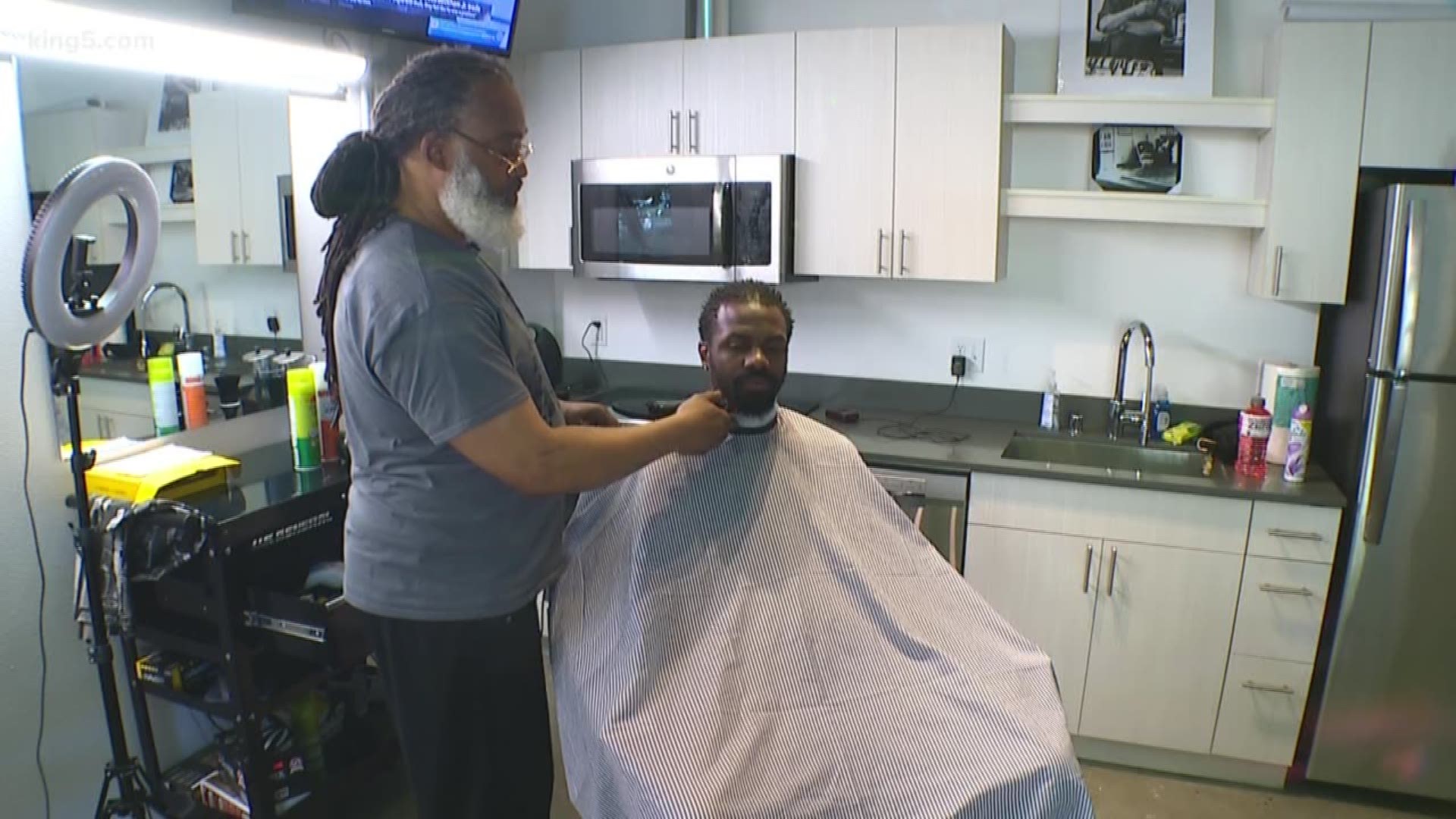 SEATTLE — A Seattle University program is helping small businesses survive the rapid gentrification of their neighborhoods. The effort is meant to save longtime shops, which otherwise would be forced out as developers move in.

“I have been one of the last remaining black businesses on this corner,” said Earl Lancaster, owner of Earl's Cuts and Styles at 23rd and Union in Seattle’s Central District.

Lancaster used to be surrounded by small black-owned businesses. Nearly all of them are gone, replaced by high-rise apartment buildings and new retail spaces.

Lancaster's storefront was the latest to be snatched up by a developer, but he's not leaving.

“We came up with a solution where I can stay,” he said.

A team from the nearby Seattle University Albers School of Business and Economics identified Earl's Cuts and Styles as a community pillar in danger of disappearing.

Adjunct business professor Randy Massengale and his students are providing Lancaster with free coaching and consulting to help him relocate.

“They're end-to-end services. Everything from developing a business plan, to doing forensic accounting, so that people can get their financial statements right. To negotiating leases, to social media plans, just about anything a small business would need, we have,” Massengale said.

In a few months, Lancaster will move into a new permanent storefront right across the street from his old place.

“That move is only about 50 yards from where we are,” Massengale said during a recent interview in front of Lancaster’s old property. "But it's a chasm in terms of the financial wherewithal and the business acumen you need to be there.”

Seattle U is also working with an Ethiopian coffee house and a restaurant to help them build strong ties to the Central District. They plan to focus on small businesses at the rapidly redeveloping intersection of 23rd and Jackson in Judkins Park in the coming months.

Lancaster is working out of a temporary space and will settle into his new shop this summer. The block looks and feels different, but it's still home.

“That’s my duty, to keep the community thriving, and the history lessons, and keeping people with a nice groomed haircut,” Lancaster said.